‘It’s okay for you to just unmatch’: Artivism event centres online dating while Queer and BIPOC 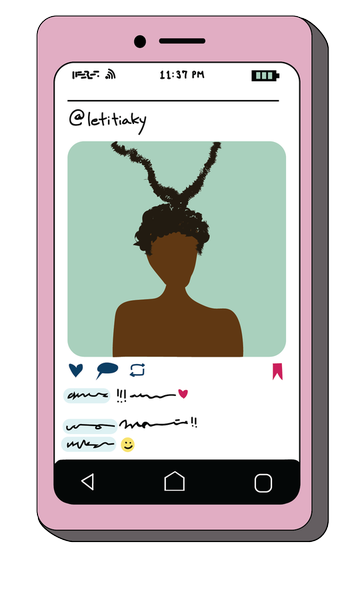 Matatas said that many apps and dating sites did not used to include an expression of sexual orientation or gender identity. File Kristine Ho

On October 5, as part of the Artivism: Queering the Self festival, director Bianca Santana hosted Online Dating While Queer and BIPOC: Webinar with Luna Matatas.

The Artivism series is a month-long event highlighting underrepresented voices in the community through events both in-person and online.

Matatas is a sex and pleasure educator with over ten years of experience in sexual health and wellness. She started out the event by giving some background on her online dating experiences.

“I was banned from Tinder twice and I was banned from OkCupid. My interactions with cis men are what got me kicked off of the app. If people were messaging me dumb stuff or rude things or overly sexual things, even if they were boring, I would write back and be like, ‘Hey that message was really vulgar,’” Matatas said.

“The expectation of the community standards is that you report someone if they do something or you block them or you ignore them. Patriarchy has created a certain expectation — or guidelines — for how cisgendered, heterosexual men behave on dating apps. I wrote to [OkCupid] and they said, this is almost word for word, ‘We looked at your messages and we know that boys can be bad sometimes and it’s very annoying to have to deal with them but your messages are not nice and if you continue to act in a not nice way, we’re gonna have to deactivate your account.’ I was like, ‘Hey there Nigel, thanks for giving me your 1950s guide to being a woman, but I’m too busy crossing my legs and discreetly menstruating to worry about the feelings of these random dudes trying to send me dick pics all over these apps.’ This is where we start to see that our experiences are not the same. We get this message that if we just behave better than this wouldn’t happen.”

Matatas said that many apps and dating sites did not always include an expression of sexual orientation or gender identity. There are apps such as Grindr and Her that cater to specific communities, but they did not think about how to protect the most vulnerable people on the app, according to Matatas.

“For a long time it was very acceptable on Grindr to have really racist shit right on their profiles,” said Matatas. “Hinge allows you to select your preferred racial preferences. I actually prefer [the preferences], as a person of colour, because you’re in a position where you are going into a situation where you might experience violence.”

A dating app that Matatas enjoys is called Feeld, created particularly for those looking for sexual connections. This app allows for a wide variety of identification from gender to couple dynamics. She noted that while this app does educate the community and helps its users navigate dating more safely, Matatas finds it “super white.”

“When we think about all the times that we accept crumbs because somebody has objectified us for our race, often because of our gender, it becomes an opportunity to really see how low our bar is, and where we actually want it to be,” said Matatas.

Matatas defined racial fetishization as someone objectifying you because of your race, which can show up in different ways. For her, someone asking for your ethnic background is a flag. Matatas reiterates that you can always get off of the apps when it doesn’t feel good anymore and to create boundaries with the apps you’re on.

“You get to decide what is a dealbreaker. BIPOC people are always being put in the position of having to educate, it’s okay for you to just unmatch,” said Matatas.

Matatas also spoke of how BIPOC people can fetishize themselves. This could be due to social validation and social power that can come with having a white partner, she said.

“It’s not wrong to want [a white partner] but recognizing that it’s happening, so that you and your partner can talk about it when it shows up,” said Matatas. “We might also fetishize ourselves to be more attractive to people who we think have power. [When] a 6’3” white, blonde, blue-eyed, cisgendered heterosexual man likes my skin and calls me some caramel goddess, maybe that for me feels extra validating because this [person] might not be interested in me otherwise.”

“There’s nothing wrong with you accepting a compliment about your racial features. Racial fetishization doesn’t have a checklist,” said Matatas. “It’s totally up to you and what makes you feel unsafe or that you’re an object. It’s okay to follow your intuition. It’s okay to take yourself out of that situation and you don’t have to be nice.”

There are two definitions of sexual expectations, according to Matatas. The first is the pressure to move at a pace that you are not comfortable with. The second is about performance and worrying that we’re not good at sex.

Being Queer, there can be a pressure to fit into a certain role.

“We might feel that we naturally need to occupy a femme or masculine role, or top role or bottom role. For example, gay men might feel that they have to pick like ‘Are you a top or bottom, right?’” said Matatas. “Whether you’re heterosexual or Queer, we should all be Queering our sex. This heteronormative idea which comes from patriarchy, it’s enforced by white supremacy, it’s also enforced by transphobia and a gender binary.”

According to Matatas, our sexual experience is an opportunity to experience new sensations. This includes learning about your body’s “arousal elevator.”

Matatas also wants people to acknowledge the assumptions about beauty along with assumptions about other races that are being brought into the dating sphere. For example, internalized misogyny can reinforce conventional beauty standards.

“I would really challenge you to make a list of your ideal physical person and be really honest,” said Matatas. “How can I subscribe to those beauty standards and expect to show up in this world and feel beautiful? What is that saying about how I feel about myself?”

She reiterated that it is not wrong to have preferences, but it’s important that we examine them. “We’ve got this carrot dangled in front of us that says ‘if you meet these beauty standards, if you date people with these beauty standards, you are going to find love, companionship, acceptance, and great sex,’ and that’s just bullshit.”

“All of this stuff is learned behaviour and we can unlearn it, but we’ve got to recognize where it’s showing up in ourselves in ways that don’t serve us.”