Review: Parasite at VIFF is a brilliant and highly entertaining satirical masterpiece 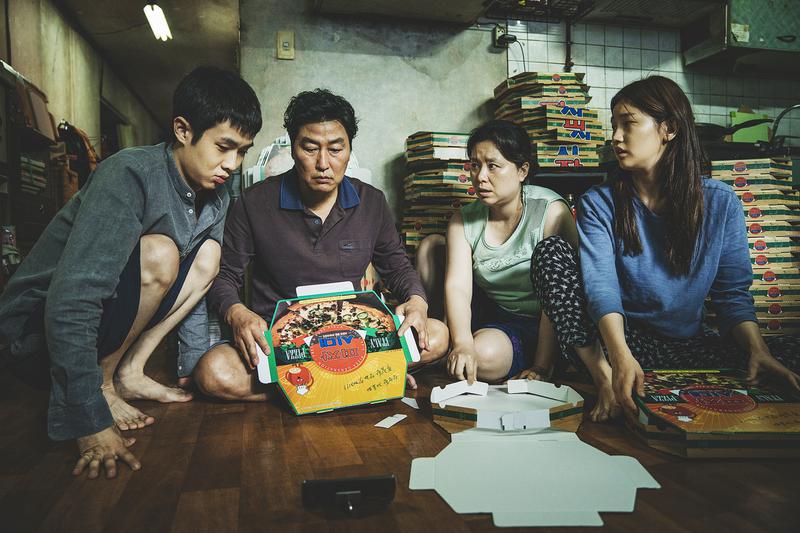 It's being called the best film of the decade. Courtesy VIFF

“This is so metaphorical!” exclaims Ki-woo, the son of the struggling but resourceful Kim family. His friend, a university student about to go study abroad, has brought him a symbolic rock meant to bring his family wealth. He also gives Ki-woo the opportunity to tutor the high school-aged daughter of the affluent Park family. To do this, however, he must con the Parks and say that he is a university student himself.

The ruse is just the beginning of the exhilarating roller coaster that is Parasite, but to reveal more would be practically immoral. As has been universally noted, including by the pleas of writer-director Bong Joon-ho, it is best to go in blind to what is widely — and rightly — being considered one of the very best films of the decade.

The South Korean filmmaker has long demonstrated his remarkable ability at mixing satire and genre conventions.

In his monster movie The Host — a title that Parasite seems to complement — the monster terrorizing Seoul is used to explore the lack of care the South Korean and American governments have for the Korean citizenry. In the Chris Evans post-apocalyptic thriller Snowpiercer, a lower-class resident at the back of a train housing the survivors of humanity plans a revolution against the upper-class at the front of the train.

One moment, the film produces great laughter from the audience and the next leaves them aghast. The tightness, synchronization and perfect measurement of Bong’s structure, motifs and visual compositions are a pleasure unto themselves. However, it is the film’s fertile layers of powerful social commentary that should prompt the most discussion, especially once spoilers cease to be an issue.

The film centres around the symbiotic relationship between a “have” family and a “have-not” family.

While the Park mansion is clean and vast, the Kim basement apartment is cramped, with its only window barred and halfway below the ground. Even when haves and have-nots share the same physical space, they do not seem to share the same actual space. Indeed, they seem to live in different realities altogether. The Parks may walk through their own lives with casual ease, but for the aspirational underclass, those very lives are a fragile labyrinth to carefully tiptoe through, marked by invisible-yet-unmistakable divisions felt through the intelligence of Bong’s visual language. No matter how hard they try, can the have-nots ever exist in the same world as the haves? Can the poor ever lose what is described as their stench or are they destined to permanently be seen as members of The Other?

Bong’s judgement seems to be more complicated than it is didactic. As people enjoy or aspire towards comfort, that very existence seems to be an illusion that, upon shattering, might just reveal the inherent guilt and burden all hold.

The first South Korean film to win the Palme d’Or, the top award at the Cannes Film Festival, and by unanimous vote — and also sure to be the first Korean film to receive Oscar recognition in Best International Feature, if not Best Picture — Parasite is at its most impressive when it threatens to come apart.

When a jarring turn in the plot may suggest a collapse of overconfidence, Bong always manages to justify his acrobatics and cohere his film thanks to the thoughtful control he holds over his craft. Not a scene is wasted and not an idea is left extraneous. The journey is so joyously well put together that once the viewer actually begins to settle into the satire afterwards, they might just feel bad for having been so entertained. Even for those who do not normally watch foreign cinema, Parasite is an essential film that one will find difficult to stop thinking about.