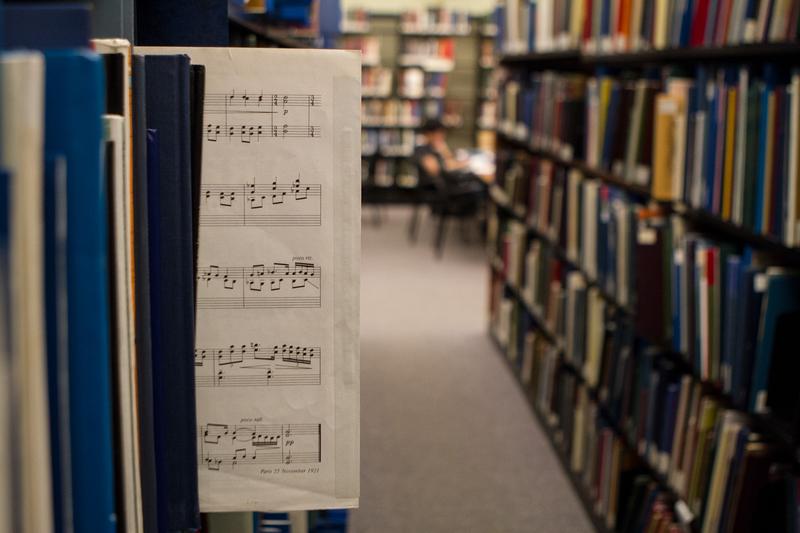 “Education, openness and socializing with other people”, according to Tenzer, could be a gateway to move beyond our closed inner musical circles and understand each other more. Kai Jacobson

Hailing from Delhi, India, singer-songwriter Prateek Kuhad charms his listeners with vocal-led ballads that combine free form storytelling and soothing tunes. cold/mess was a big hit, the most-loved work in his music career with a paradoxical message of passion, suffocation and redemption. Kuhad’s music in both English and Hindi has accumulated a large fanbase including a bilingual audience.

Kuhad’s concert in Vancouver on April 9 was undeniable proof of his appeal to younger listeners. In a club that gave out a rustic and cozy atmosphere, the crowds’ cheerings enlivened the hall as Kuhad stepped out onto the stage.

Kuhad skillfully weaved romantic melodies into unpretentious, simple lyrics that tugged at the audience’s heartstrings. Young couples were embraced one another, staring into each other’s eyes and holding hands with endearment as they hummed along to the music. Kuhad’s repertoire was a charming mix of love ballads, slow jazz and indie pop which took everyone’s emotions on a journey of highs and lows. Melodious songs with Hindi lyrics resonated well with the audience who share the language. The authenticity and openness of feelings portrayed through his songwriting brought his audience close to him in a genuine, personal and intimate setting. His songs dealt with the delicate intricacies of young people’s modern love and effortlessly formed a palpable connection between the artist and his eager, spellbound fans.

The highlight of the night was cold/mess, a captivating ballad that illustrates the ebbs and flows of youthful and impassioned romance. The chorus was bottled with overflowing feelings but also brimming with frustration and bewilderment. It vividly painted a tug of war between two lovers in learning about themselves and maneuvering their ways through both blissful moments and rough cracks as their relationship unfolds.

“I wish I could leave you my love, but my heart is a mess.”

Prateek Kuhad’s career is a solid example of music that transcends geographical and cultural borders. Similar phenomena can be attributed to the “immense flow” currently taking place in the international music scene, says Professor Michael Tenzer in Department of Ethnomusicology at UBC. Online music streaming on Youtube, Spotify and other channels blurs the lines between artists of different cultural backgrounds. Artists hailing from non-English speaking backgrounds have the artistic freedom to incorporate local or international elements as they are exposed to music influences from around the world through the Internet. Some artists choose to experiment with components of their own local music; some actively seek ways to draw inspirations from music trends worldwide.

Kuhad is an interesting example of a latter scenario. He composes songs in both Hindi and English; yet he seamlessly uses the genre of indie as a canvas for his Hindi lyrics. His Hindi songs hardly include traditional Indian components but still draw massive attention from the young Hindi-speaking generation, who already have ample exposure to the worldwide music scene. Kuhad’s music likely plays a role in representing and confirming his audience’s cultural and musical identities a community. Possibly speaking to his audience on a profound, underlying level. Yet his music also piques the curiosity of listeners of non South-Asian backgrounds for its artistic merits, such as through the indie genre his music can be classified under.

The rise of a young generation of international artists like Prateek Kuhad exemplifies the intersection of music and culture through the ubiquitous prevalence of technology. There are many unexplored aspects of the artistic values and cultural implications in ethnic music, and mixed ethnic-international music. Most of the studies at the UBC School of Music still, not surprisingly, revolve around long-standing and revered Western classical standards. However, an increasing reception towards diversity is noticeable as ethnomusicology, a field that studies music from the cultural and social aspects of the people who make music, emerges. While ethnomusicology is a late-born child in the larger family of the School of Music, it could be a potential catalyst for people to get a glimpse into each other’s identities.

“Education, openness and socializing with other people”, says Tenzer, could be a gateway to move beyond our closed inner musical circles and understand each other more — through the music that we choose to define ourselves and the genres and songs which matter to us.