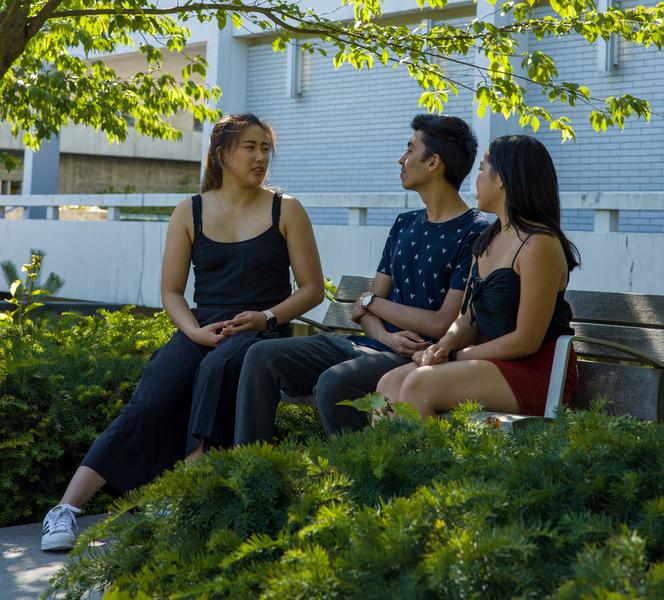 As with any conversation, it’s best to be open to different perspectives whilst talking politics. File Zubair Hirji

With the federal election called for September 20, it is that time again — when conversations turn to politics and relationships are tested. When the personal intersects with the political and pertinent issues like pandemic management, racism and climate change take centre stage, emotions often run high. Yet, the risk of heightened emotions doesn’t mean that we should shy away from discussing important political issues and the political candidates that can change the way our government, and ultimately our society, manages such pressing issues.

Whether you are a keener honours politics student or someone who has trouble remembering the names of the federal political parties, it’s easy to learn how to engage in polite and productive conversations about politics — even with those who hold differing views.

As with any conversation, it’s best to be open to different perspectives whilst talking politics. It isn’t healthy to assume that you are always 100 per cent right and whomever you’re talking to is 100 per cent wrong. In fact, finding common ground with someone you may disagree with is always possible and can be quite helpful in grounding a conversation with an aura of respect. For instance, the fact that you’re talking with someone about politics shows that you both have an appreciation of the importance of the issues at hand!

With conversation inevitably comes questions and so, when asking yours, stick to non-judgemental, “non-loaded” ones. For instance, instead of saying “How could you possibly be dumb enough to think x, y or z,” try for something more like “What are your thoughts on x, y or z?” When you’re not asking the questions, be an attentive listener: don’t try to interrupt or catch the person you’re talking with off guard (with a loaded question, for instance). Such vicious tactics will probably leave a sour taste in the mouth on both sides. Being a good listener and asking thoughtful, open questions will allow both you and your conversation partner to hear and express different ideas out loud, all without feeling like you hate each other.

With such a polarizing topic as politics, things are almost inevitably bound to get a bit tense. However, it’s possible to respectfully manage this friction.

It can be easy to get riled up and turn to personal attacks when dealing with a person who holds opposing views. It’s important, though, to try and not make conversations personal. In other words, don’t attack the person; instead, question or challenge ideas.

Finally, don’t be afraid to call out potential misinformation that your conversation partner might mention, but don’t put them down for absorbing it! Pretty much anyone can fall for fake news (even professors).

Whether it be 15 minutes into a conversation about politics or 15 seconds, there may come a point when you just want to stop talking about a controversial or sensitive subject. A simple “well, let’s agree to disagree'' could suffice to end the discussion, as could a clever segue (into small talk on, say, the weather). And if you’re flustered, a candid “I’d rather not talk about that topic right now” could do the trick as well. As long as you keep your cool and are honest (or perhaps seem really enthused about the weather), moving your conversation topics away from politics is easy.

But when all is said and done, it’s important to appreciate that people don’t always have to agree to be friends or friendly! Politics can divide people, but it doesn’t necessarily have to.

When done respectfully, talking with those who hold different political views from your own can be extremely fulfilling and worthwhile. Civil political discourse is healthy, and helps prevent us from becoming trapped in a dangerous political echo chamber. Through dynamic political conversations, you can be introduced to new perspectives, and these new perspectives in turn could either help you solidify your own beliefs, or open you up to novel ideas that you might actually end up supporting!

In the end, even if you end a conversation not agreeing on key issues, it’s important to feel comfortable having the conversation nonetheless. Hearing different perspectives ultimately helps keep you informed – and informed citizens are much more likely to vote. And hey, voting is good!