Review: Portrait of a Lady on Fire at VIFF is a tender, stirring and beautiful period romance 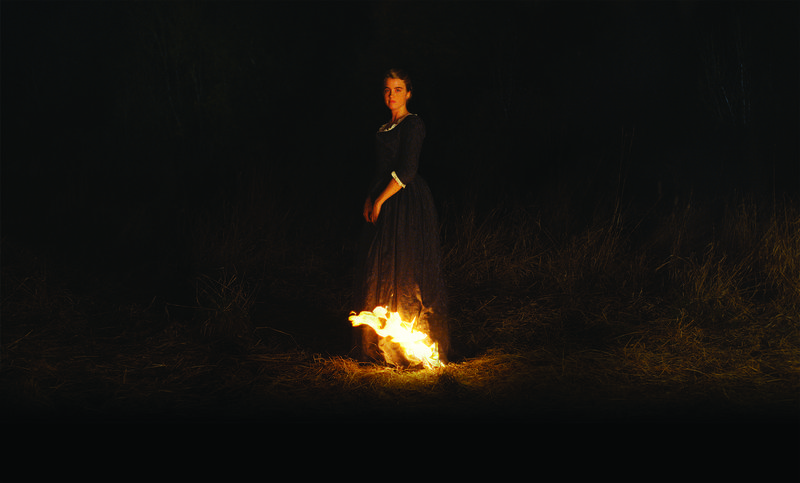 Portrait of a Lady on Fire burns with passion. Courtesy VIFF

Portrait of a Lady on Fire burns with passion.

French writer-director Celine Sciamma masterfully crafts a drama that is both modest and devastating, classic and modern, quiet and hypnotic. Her elegant romance was one of the biggest hits at this year’s Cannes Film Festival, where it won Best Screenplay and the Queer Palm. By the time it reaches its unforgettable final shot, it affirms just why it will go down as one of 2019’s best and most affecting films.

On the French coast in the late eighteenth century, the young painter Marianne (Noemie Merlant) is tasked to paint Heloise (Adele Haenel), the daughter of a wealthy aristocrat. The portrait is to be sent to the Italian man Heloise is to marry, but has never even seen before. Given Heloise’s disapproval, her mother (Valeria Golino) has asked Marianne to take the pretense of a walking companion and to paint Heloise from memory in secrecy.

Though the premise may suggest a rote prestige melodrama, Sciamma complements traditional formal aesthetic with a vivid and contemporary thoughtfulness.

At the heart of the film is the Greek myth of Eurydice.

When her husband Orpheus travels to the Underworld to bring her back from the dead, he is allowed to do so under the condition that he not turn and look back at her until after exiting the Underworld. Just a few feet from daylight, Orpheus turns around to look at Eurydice, thus losing her forever. A discussion wonders if Orpheus’s baffling decision was born out of foolishness or of a desire to keep an impossibly-perfect memory of Eurydice rather than the real thing.

Marianne and Heloise express resentment for the limitations their society places on women, be it in terms of their agency or their artistic recognition. Especially in a genre dominated by male storytellers, Sciamma’s female gaze envelops the film, seeking not to patronize the two women, but rather to acutely and compassionately actualize their lives as they help to liberate each other.

Sciamma communicates equally in image and word. Every frame is downright painterly.

As Marianne and Heloise form a closer bond, their observations begin to provide sharp insights that are sure to linger with viewers long after the end credits. Yet those same ideas about the invention and discovery beneath individual acts of love, about solitude and absence, about dreams and reality are expressed with no less effectiveness by the glances between the two women, by the superb and deceptively guarded performances of Merlant and Haene, or by the brushstrokes of the lush shot compositions against beautiful natural backdrops.

It is, after all, a film largely about the meaning that art allows us to contain and express.

The result is profoundly moving. The film is simultaneously visceral and cerebral. Its intelligence never takes away from the palpable energy and stirring sentiment that defines it.

Despite its power, the movie is of a small scale. The first act may not instantly captivate and viewers are left in agitated tension for a surprising amount of the runtime. But the film’s restraint is an exercise in delayed gratification and the rewards are rich.

Portrait of a Lady on Fire ultimately culminates in emotional intensity that manages to be both precise and overwhelming. It may leave the viewer staggering on their way out the theatre, but it also will have earned it.