Promethean Theatre’s King Lear was lively but too long 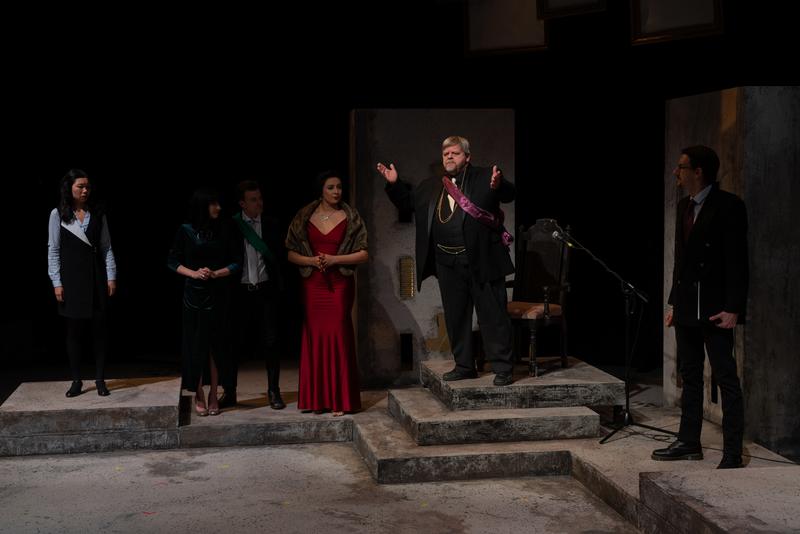 Much like King Lear at the beginning of the play, I was let down. Courtesy Moonrider Productions

I caught a matinée performance of King Lear on a clear Sunday afternoon in December. The weather predicted a torrential thunderstorm and I could not believe my luck when I was met with dry skies and an absence of wind as I made my way to the small but cozy Jericho Arts Centre. I had never read King Lear before and superstitious as I am, I interpreted this unexpected change in weather to be a good sign. I believed that the experience of watching the play I was meant to see would be as pleasant as the change in weather but, much like King Lear at the beginning of the play, I was let down.

The Promethean Theatre Company recreated Shakespeare’s magnum opus, King Lear, in a production that ran from December 11 to December 23, 2021. The play follows the king — King Lear — and his descent into insanity after being betrayed by his own daughters.

Recreating any play by Shakespeare is a daunting task but attempting the production of King Lear, widely considered to be one of Shakespeare’s darkest plays, is certainly an ambitious undertaking.

Directed and produced by Isaac Li, the three-hour long play was embellished with elaborate sets and lavish, carefully colour-coordinated costumes. The actors for the most part put up dramatic, effective performances with Taylor Long standing out as the manipulative Goneril. Sound Designer and Music Director Jared Ager-Foster lent the play with haunting music and sound effects that were appropriately chilling. There was the occasional use of violence, gore and even a split second of nudity to keep the audience engaged. There certainly wasn’t any lack of effort on the part of the crew, and for that I applaud them.

However, despite sincere efforts by everyone involved, the run time of the play was far too long to keep the audience engrossed. Too much was happening on stage to be able to process altogether and the play would perhaps have benefitted from more than one intermission to allow the audience time to breathe.

While it’s obvious that the play was made with a lot of heart, the performance just wasn’t enough for me. The cast and crew tried hard, but this production of King Lear lacked the spark that would differentiate it from being just like any other recreation of a famous play.