Queer Homelands: Healing through love and the arts 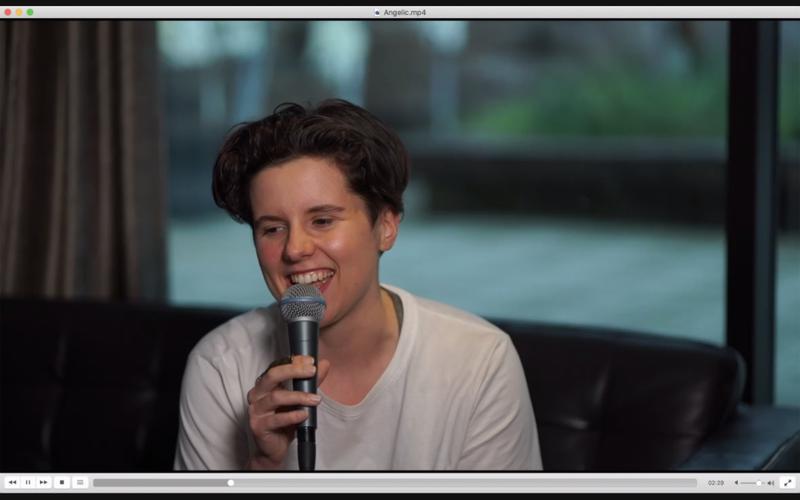 MOA’s new series, Artists Unscripted, gives emerging artists a chance to shine. Each event includes a live zoom session, presentations by panelists and a Q+A period. It was no different at their most recent event, Queer Homelands.

Queer Homelands was an evening to remember, featuring performances by Angelic Proof, a transgender Russian-Jewish poet, Alisha, an Afro-Carribean singer who has previously performed at UBC Pride and non-binary Fillipinix singer, Kimmortal. The performances focused on how to find healing from the traumas that queer immigrants face.

Angelic Proof went first. In a lovely prerecorded video during the zoom call, they read a poem about their experience being queer while following the Jewish faith. The poem featured their experience going to the Wailing Wall in Jerusalem, a sacred location for followers of the Jewish faith and seeing trans individuals get rejected at the synagogue.

During a Q+A afterwards, Proof mentioned a text in the Torah that has been interpreted by some to reject “cross-dressing.” However, they suggested that it allows trans individuals the freedom to wear whatever makes them most comfortable. Angelic believes that God makes no mistakes in the existence of trans people, as there is “divinity” in non-binary people. By claiming this history: queer, Russian and Jewish, Angelic finds themself.

Alisha went second. She sang Vulnerability, from her most recent album in a pre-recorded video, with a smile that lit up the event. Alisha aims to inspire people to love as an act of freedom, encouraging listeners to embrace their social responsibilities as members of a community. Her soothing voice soared over her guitar with a modern r&b beat juxtaposing the ancestral tabla drums.

Alisha had her curly hair in an Erykah badu-esque headwrap and earrings reminiscent of her Afro-Carribean heritage which paired perfectly with her soulful sound. After hearing Proof say that her song healed them, Alisha was thrilled. Her goal is to heal people through her work as a massage therapist and a music artist. Inspired by her Hindustani principles, she said that she feels happy to be here now, in the privileged present, as she can also use her talents to heal any lingering pain from immigration and systems built from violence.

The final speaker of the event was Kimmortal. They read two short poems about queerness, their experiences growing up and how gender can be a “fickle thing.” Next, they sang two touching songs accompanied by an electric guitar: Brushing by heaven’s shoulders was about being queer, and Garbage man with a neuroscience degree (unreleased) is about institutionalized racism in the Canadian immigration system.

Kimmortal mentioned that music, art and humour often help Filipinx immigrants cope with hardships. They said that their music is fluid in genres. This fluidity also reflects the complexity of Kimmortal’s gender identity and the artistic richness of their family. Though they haven’t spoken to their father in years, they revere his visual artistry and appreciate the powerful and soulful voice they got from their mother.