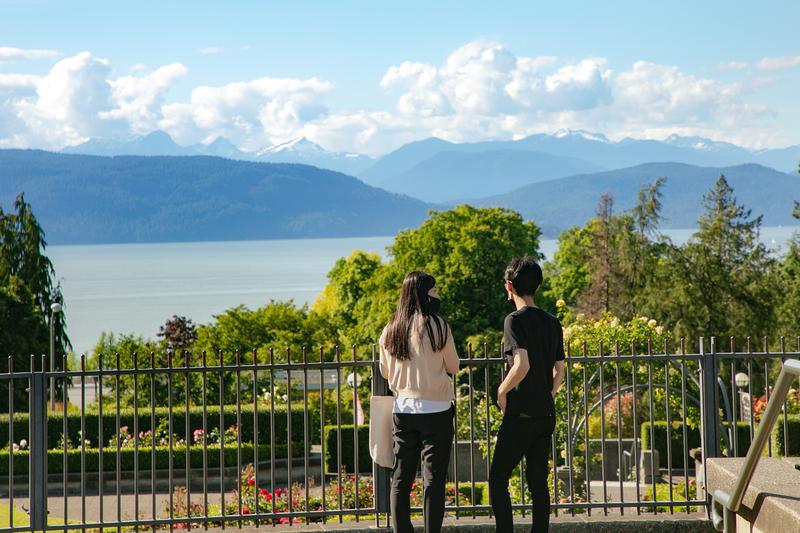 And so, no matter how demotivating it was to be isolated, we had to focus and try. File Isabella Falsetti

When my first year of university started online, classes consisted of a bunch of names listed on screen. Social interaction was broken down into communications with numbers that corresponded to WhatsApp profiles which, with repeated communication, turned into names.

Anonymity was a shield for students who, if they were afraid of raising their hands in class before, would show their personalities and humour on Collaborate Ultra chats. Professors were moving videos you saw on screen, like Major Francis Monogram conveying messages from a virtual screen to Perry the Platypus.

Everyone knew that in the mornings, any sane person took their class cocooned in blankets on their cozy bed. If the instructor called on you, the most common excuse was, “My mic is not working, for some reason.” Yet, in the midst of all this, we knew the people behind the screens were real, and the knowledge we absorbed was a tangible thing, being translated into transcripts which would affect our real, physical lives.

And so, no matter how demotivating it was to be isolated, we had to focus and try.

I was lucky to live in Surrey. My friends and I would visit UBC from time to time, book the study space at Irving K. Barber Learning Centre and study in the pin-dropping silence there. We were all thirsty for the campus experience, but with a nearly-empty campus, we were left parched. In the virtual world we found ourselves in, we resorted to virtual means of connection, making friends online and exchanging pinging Discord chats which consisted of panicking together and motivating each other to get through midterms and finals.

With vaccines rolling in, we are finally returning to campus — and this time almost everyone is returning. If there is one thing to take away from university being online, or how I personally got through it, I would be grateful to say that it is through receiving help and helping others. I think whether ‘campus’ is off campus or on campus, this remains the same. Both are not without struggles, but in the most cliché term possible, we are in this together, whether online or on-site.

With the Olympics fresh in my mind, my thoughts lately have been turning to volleyball. And just as it requires teamwork to score a point, in which a player needs to set the ball, lifting it into the air before another player can successfully smash it, university life can also be seen as a team game where if everyone were to selfishly focus on their own academics only, no useful information would be exchanged, no creativity would be shared and no innovation would happen. Imagine everyone isolated in their dorm rooms, as we were during the onset of the pandemic — not much would be accomplished.

What I look forward to most about being back on campus is the concept of togetherness. Not only ‘being together’ like we were online, but sharing the same physical space, breathing the same air as the instructor and everyone else in the classroom; being able to see the details of people’s faces and their smiles and the nuances of their expression in real time, not slowed down by slow wifi on Zoom. Sharing life together, going on coffee runs and learning, but more than that, learning about ourselves and others, figuring out how to cook, do laundry and ultimately, learning how to become independent human beings.

With the turn of the autumn leaves, comes a new chapter. Even though we faced isolation during online classes, I’m certain that on-campus classes will bring a new set of troubles. But if one thing remains the same, it is our ability to support one another.

I actually look back upon my first year with fondness, as we may never take classes in the comfort of our beds again. Each year, we may face new and different struggles, but in turn, each year also holds qualities we can appreciate. This is why for my second year on “campus,” I say: It’s going to be a blast.