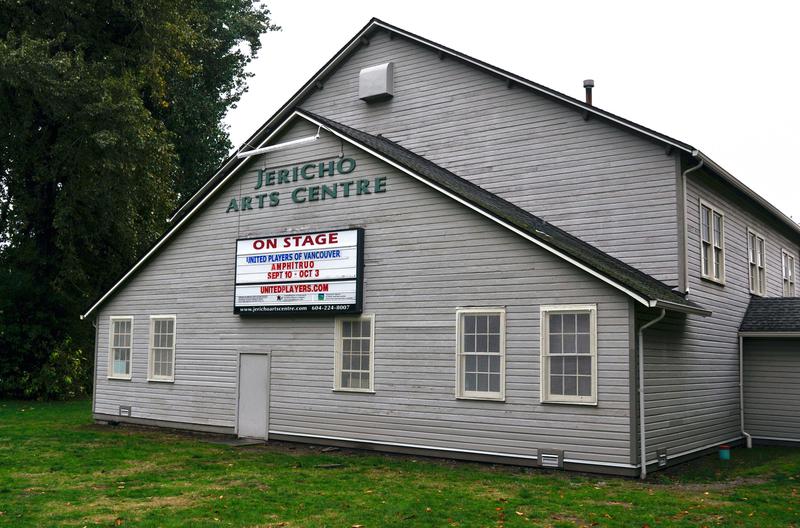 The strength of Spinning You Home lies in its ability to invoke a sense of nostalgia. File Anabella McElroy

On a rainy Friday night, I caught an enactment of Spinning You Home, performed at the small but cozy Jericho Arts Centre. Barring the fright that I felt while navigating my way to the theatre located practically in the middle of nowhere, the experience of watching the play proved to be quite pleasant.

Directed by UBC fine arts alum Sarah Rodgers and written by playwright Sally Stubbs, the play blends fantasy and historical realism while also portraying the budding relationship between a grandfather and his granddaughter.

Spinning You Home transported its audience back to 1958, where Sarah and her Grampa recreate the story of the BC gold rush of the 1860s, featuring the heartwarming yet tragic tale of John Cariboo Cameron. The show was a two-person act, with captivating performances by UBC fine arts alum Sarah Roa and Simon Webb. The charismatic Webb played the role of the grandfather with a passion for storytelling and drinking in equal measure. He executes the role with effortless spontaneity. Roa played the role of the curious pre-teen with both endearing ingenuousness and eerie precociousness. The pace of the play is slow in parts but the chemistry between the two actors makes up for the occasional monotony that kicks in during its run time of 65 minutes.

The haunting background score by Evan Rei adds to the immersive experience of watching the play and the foley seamlessly integrates with the action on stage. Infused with mild humour and inducing the right amount of sentiment, the dialogues written by Sally Stubbs uplift the story of the play giving it depth as the narrative deftly sways between imagination and reality.

The strength of Spinning You Home lies in its ability to invoke a sense of nostalgia in the hearts of the audience who fondly remember their quirky and heartening interactions with their grandparents. What the play lacks in pace and spectacle, it makes up for in its emotional scenes and engrossing performances.