UBC alum-directed play Spinning You Home connects past and present 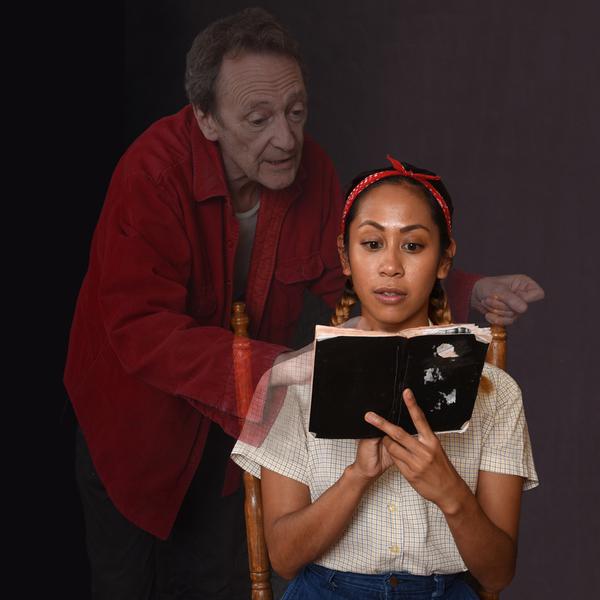 “It’s rare to do a show where you have such a personal investment in the piece," said Rodgers. Courtesy Damon Bradley Jang

The play Spinning You Home is a beautiful story about the Gold Rush in BC, spun by a granddaughter and her imagined grandfather. With its roots in history, this play braids together fact and fiction. Spinning You Home, written by playwright Sally Stubbs and directed by UBC bachelor and masters of fine arts alum Sarah Rodgers, tells a heartwarming story, woven together by meaningful promises and serendipitous connections.

The play follows the story of John 'Cariboo' Cameron in his search for gold that takes him on a momentous journey from Ontario to Barkerville in the North, accompanied by his young wife and 14-month-old daughter. Up North, Cameron experienced a variety of highs and lows. He struck gold and became rich, but he also suffered the loss of both his wife, Sophia, and his young daughter. Faithful to the promise made to his wife on her deathbed, Cameron, along with family friend Robert Stevenson, carried his wife’s preserved body all the way back to her home in Glengarry County, Ontario.

What makes this play special, apart from its intricately-designed story, is the many remarkable connections involved in its creation. One of the connections that lead Rodgers to directing this play is that the honourable Robert Stevenson just so happens to be her husband’s great, great grandfather.

“It’s rare to do a show where you have such a personal investment in the piece. It's been really fun reading Robert Stevenson's journals,” Rodgers said in an interview with The Ubyssey.

“He was quite a character and quite a storyteller, and that's what this play is all about — storytelling.”

The connections do not end there. While Rodgers, the director, found a link between her husband’s family history and the story behind the play, Stubbs, the writer, also has her own personal connection to the story: the famous 'Cariboo' Cameron is her husband’s ancestor. In fact, the script for this play came out of a promise Stubbs made to another descendant of Cameron — her sister-in-law.

The play stars UBC bachelor of fine arts alum Sarah Roa and Simon Webb, who have both had the pleasure of working with Rodgers in the past –—Webb directed Rodgers when she was a student at UBC. Rodgers was very appreciative of the talent involved in the play; she highlighted Roa’s “strong skills” and praised Webb’s creativity, calling him “really inventive.”

Roa – who plays the granddaughter, Sarah (also called Sarah) in the play – not only acts, she also designed the costumes for Spinning You Home. Having grown up without grandparents on both sides of her family, she said that the unique grandfather-granddaughter relationship in this play is what drew her to it in the first place. “Sarah is so invested in her relationship with her grandpa that she wants to learn everything about him,” Roa said. “That's the type of relationship that I feel doesn't really exist anymore ... taking the time to listen to our elders and listen to [their] stories ... to be able to have that opportunity is really beautiful.”

“This play is an exploration of ... love and loss, and not in the romantic way, which is what we're so used to in storytelling,” said Roa.

With a whopping 65-minute score, the music of Spinning You Home, composed by Evan Rein, is sure to carry the play’s themes from the stage into the hearts of the audience. In this era of fast-track relationships and empty promises, this play about lifelong connections is a rare gem that deserves to be seen.

Rodgers hopes that after being deprived of watching shows in the theatre for so long because of the pandemic, saying that this play will “ignite what we all love about live theatre … [something] that you don't get from Netflix, you don't get from streaming.”

“That beautiful tradition of theatre — that is irreplaceable,” said Rodgers.