The courtyard wall of the Brock Hall Annex has been the home of the artwork “Symbols of Education” ever since the work was created. Now, the annex will be demolished as part of the development of a new student housing complex Brock Commons.

Made by artist and former faculty member Lionel Thomas and his wife Patricia, the mural is a series of small mosaics representing faculties and departments at UBC. The technique of the murals is called Byzantine mosaic, which is made with small pieces of coloured glass laid in cement.

Born in 1915, Lionel Thomas was a professor at UBC from 1950 to 80, working in both the fine arts and architecture departments. Another one of his pieces is located on the south wall of St. Mark’s College, entitled “The Lion and St. Mark.”

“Symbols of Education” took two years to complete and it was installed in 1958.

A representation of UBC 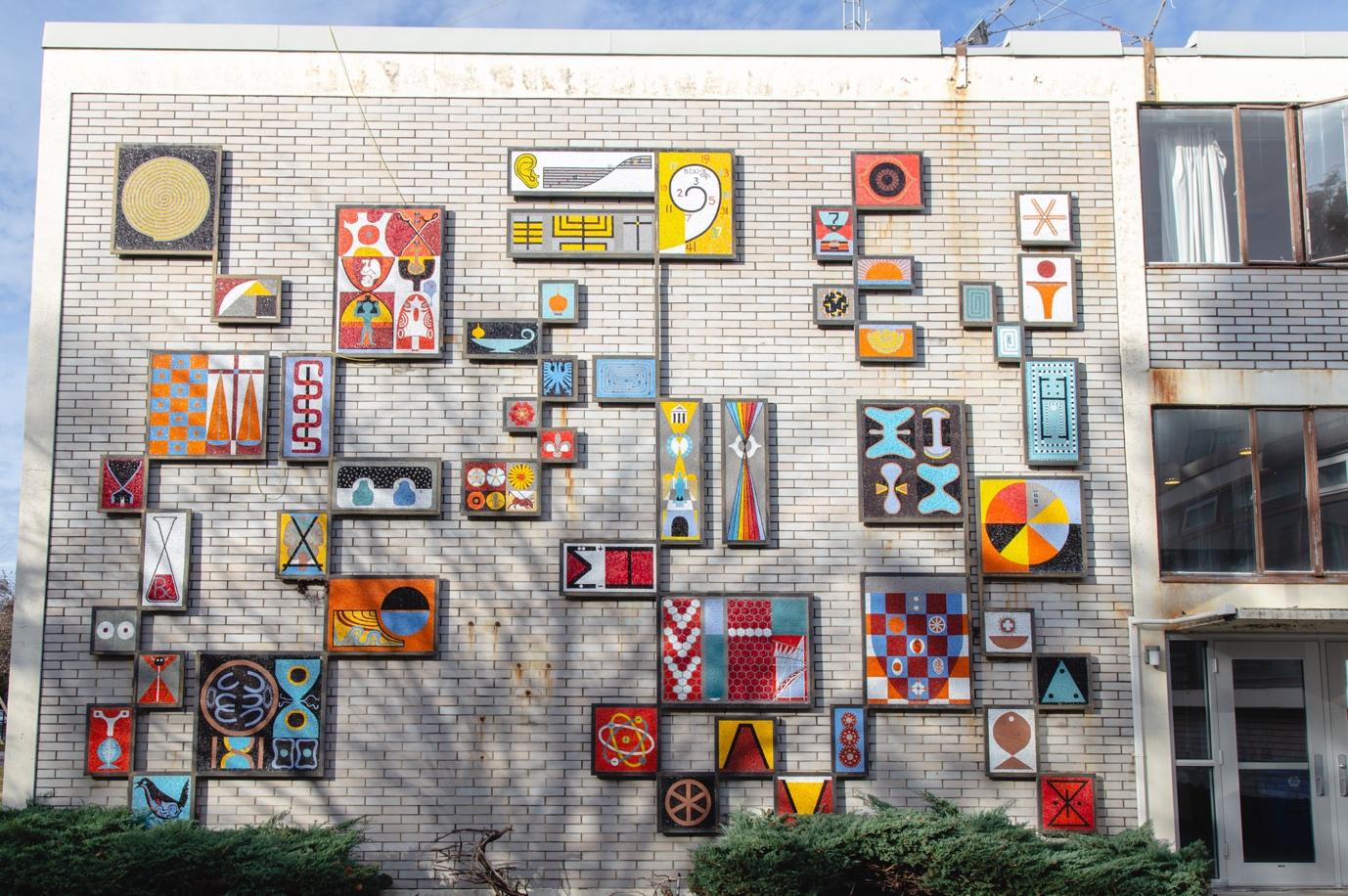 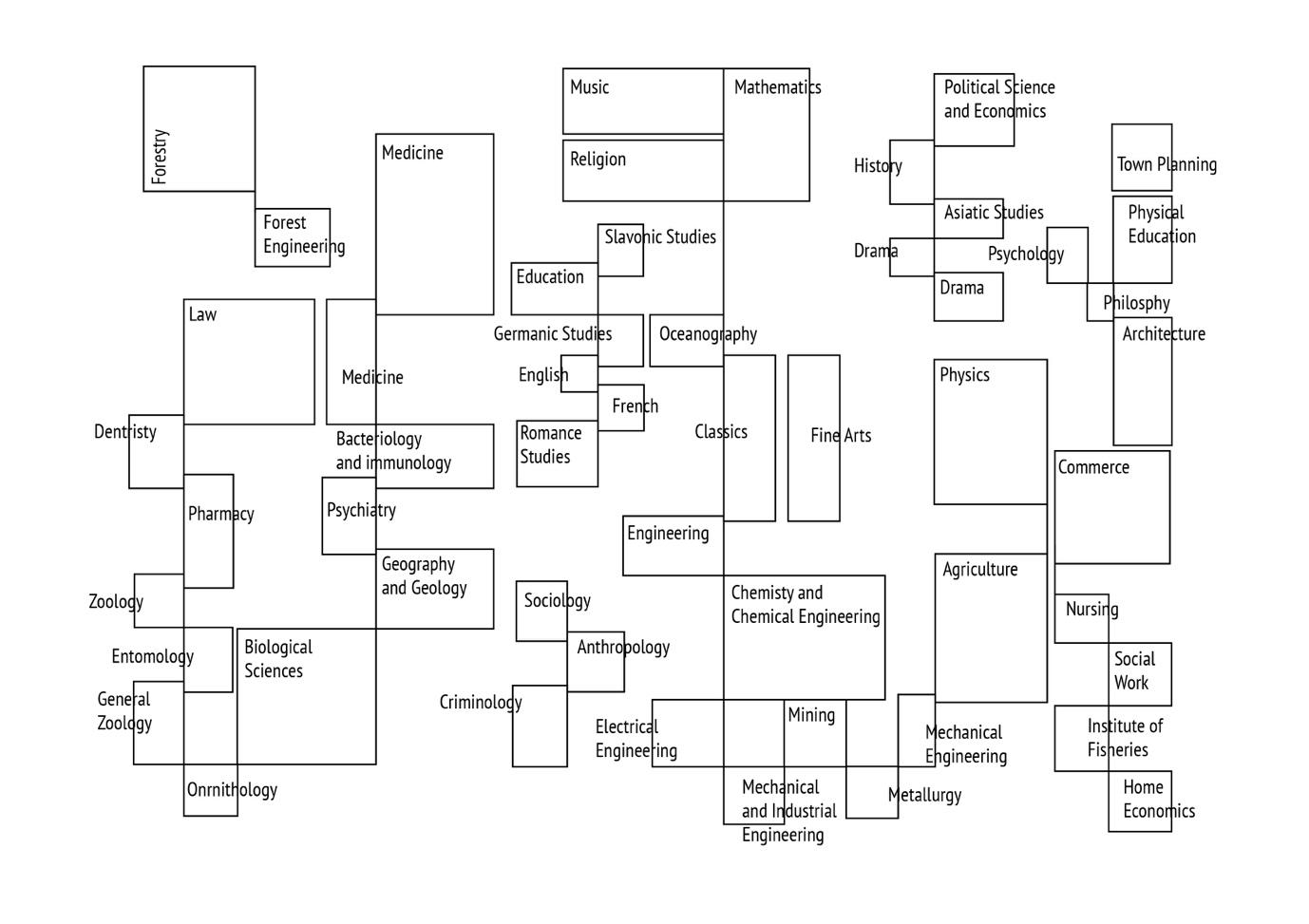 A guide for the "Symbols for Education" Camila Castaneda

Each mosaic portrays a symbol that represents a different area of study in the university at the time it was created. Because it was made in 1958, some mosaics show departments that haven’t existed in decades, such as home economics. The icons were the product of the Thomas’ creativity, relying solely on their interpretation of the department or field of study.

“There are people in UBC who champion the work and will go to great lengths to support it. I think in part it’s because it’s one of the works that really speaks about education and its diversity of focus,” said Barbara Cole, curator of the outdoor art collection at UBC.

Nick Lowen, a master’s student in art history, says the work encapsulates much more meaning besides what education at the university looked like at the time.

“It’s one of the first works of the art collection that was partly done by a woman, it has a different kind of artistic source that is important to be represented,” Lowen said.

The work’s current location recalls a time when the area used to be more central to campus. The piece was installed when Brock Hall was the student union building, which would have been the heart of student life. But since then, the student population has naturally outgrown the space.

Because of a lot of unknown factors about the art, it seems the removal of the work will be challenging.

“There isn’t a lot of information about how the work was actually constructed so we’ve had to speculate about that and we’ve hired a conservator to do an analysis of how it was made,” Cole said.

UBC then approached Sarah Spafford Ricci, a professional conservator, to do an analysis of the work in order to find the best way to bring it down and refurbish it. She has recently been given a few panels to decipher how they were made, a necessary step to understanding how to conserve it properly.

Detaching the whole piece will be tricky due to the weight of the body. The heavy structure involves a framing of a bronze U channel, which interconnects all the mosaics together. From a side view, one can see the grout that was pushed through a mesh on the underside of the work. As well, the glass tiles themselves add weight.

“It wasn’t a piece that was assembled in a studio somewhere else, but rather right on the situation itself. The hardware and the background was also kind of raised up, installed, and then the panels of the mosaics were applied to that, so it was never supposed to physically hold together,” said Cole.

The experts have developed a method to cut through the structure, build a framework in which the piece will be inserted to protect the work and finally transported to the shop where it will be restored. The team working on its conservation counts on the assistance of welders and glass tile experts.

It will also require several engineering changes before its re-installation due to its weight.

“We have been in early conversation with the architect of the new building, but they’re thinking that just because of the scale of it, there’s nothing in the design that can make it work,” said Cole.

Campus and Community Planning is also currently investigating other possibilities.

The expected time for refurbishment is two to three years. According to the report presented by the conservator, it will require multiple phases. The mesh in the back is made of a ferrous metal which is showing signs of wear and tear, and the grout seems to be breaking down. The bronze U channel framework shows its age and in some spaces the tiles have fallen and the frames are starting to separate.

The wish of its makers

The graduating class of 1958 was the one who commissioned this work as a gift for the university. Cole observed that the art pieces of the collection created in that time were mostly donated by students.

All the efforts to accomplish this project are funded by the Impact Infrastructure Charge, which is formed by contributions made specifically for art on campus and the outdoor art collection.

After researching the possibility of removal, refurbishment and re-installation, the university is currently working with the Thomas’ estate executor to find out if there are any instructions on the fate of the work.

“We want to be able to better understand from their will what their feeling was about its future because its copyright falls to their executor,” said Cole. 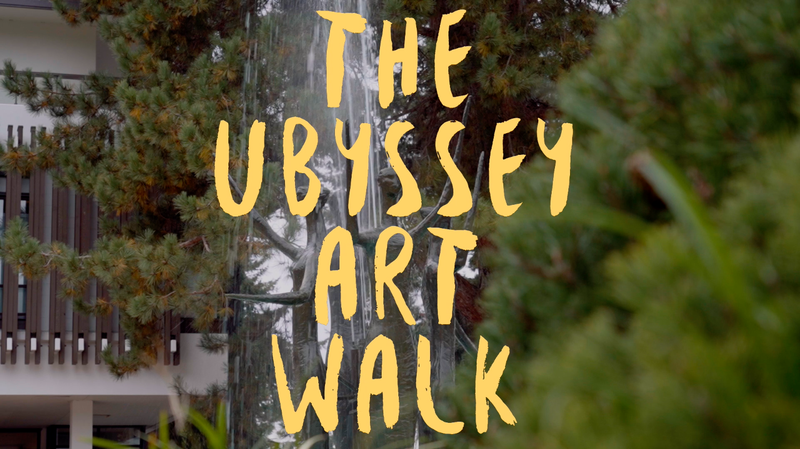 Who cares about public art?: ‘Concerto’