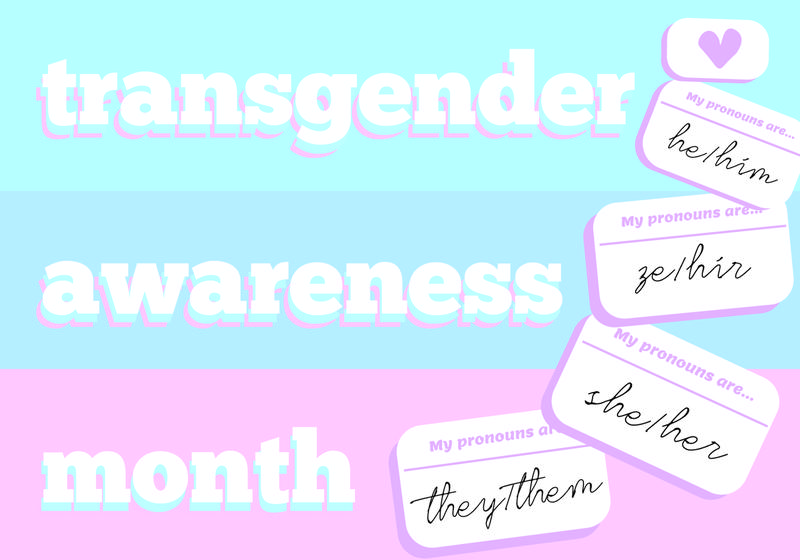 This year, UBC will be hosting community building events in the days around Transgender Day of Remembrance (TDOR). Besides creating space for Trans and gender-diverse students, the university will also be trying to regain trust with a community that some feel they have wronged.

Taking place on November 20, TDOR seeks to honour the lives of Transgender people who have died and open a wider conversation on the impacts of transphobia.

Started in 1999 to honour the life of Trans woman Rita Hester, the day has grown to an internationally acknowledged day of collective grieving.

“The specific day is in relationship to reflecting really on those Transgender people who have lost their lives and who continue to face violence and discrimination due to transphobia,” said Sara-Jane Finlay, UBC’s associate VP Equity & Inclusion (E&I). “But it’s also an opportunity to reflect on and celebrate the lives of the Transgender people in our community.”

The E&I office has planned events for Trans Awareness Week.

On November 19, they will be hosting a Get Connected event for Two-spirit, Queer and Trans students centred around discussions of 2SLGBTQIA+ representations in pop culture and media. With Sexual Orientation and Gender Identity (SOGI) UBC, E&I will be doing a movie screening in the Nest of My Name Was January which details the life of January Marie Lapuz, a Trans woman of colour who was murdered in her home in New Westminster.

There are also events planned to bring greater attention to TDOR to the wider population.“There’s also going to be some awareness raising being done in the UBC Life building. That’s over the 19 and 20 of November,” said Finlay.

She also quoted the work and events being held by the Pride Collective and Sexual Assault Support Centre (SASC), which will be hosting a QTBIPOC Community Care Circle on the 19th.Finlay also advocated for students to look for events happening outside of UBC.

“There is also a ceremony that happens downtown at the Carnegie Community Centre on the 20th,” she said. “We’ll be encouraging people to participate in that.”

Building a sense of community

Many of E&I’s events are focused on building a sense of community with Queer and Trans students.

“A few years ago, we took a really deep dive into the undergraduate experience survey data and really pulled it apart by all the different demographic categories so that we had a good idea of what groups of students were having a really different experience and perhaps not as positive as an experience,” said Finlay.

“When we looked at that, we realized that there was work that we could be doing with particular groups of students and that there were also particular areas of the university where we could build up really strong partnership, which would offer the opportunity to make some real changes for the students’ experiences.”

E&I saw that there were two major groups of students who were having a hard time connecting. One of them is Black, Indigenous and People of Colour, while the other is Queer and Trans students.

Part of the work E&I does to facilitate that community building is creating opportunities to have students connect across faculties.

“[We are] building community amongst groups of students from across the university who may not have had the opportunity to meet each other who may think that they were the only person like them within their program,” Finlay said.“One of the things we know from the data we have is that students who identify as Trans or gender non-conforming tend to feel less comfortable on campus, in their department or in their class.”

But while these initiatives were going on, UBC has also been criticized for hosting speakers who are known for giving transphobic comments.

In particular, the university was pulled out of the Vancouver Pride Parade this summer for providing space for a June talk by well-known anti-SOGI speaker Jenn Smith. The talk also faced backlash from the multiple campus groups.

In response, Finlay said E&I has tried to prioritize the communities in their work.

“I think from the very beginning of this sort of recent controversy, we have been trying to keep our focus and attention on our community and community members,” she said. “To be as clear about the values that are important in the work that we do.”

To build back the trust of Queer and Trans students, Finlay said she is dividing the office’s work into two categories: the symbolic and then the more tangible.

“We can have those sorts of symbolic moments and recognition but we have to be doing all the other kinds of work as well.”

For instance, E&I successfully advocated for the inclusion of students’ chosen name on class lists and the removal of gender markers from those lists.

Historically, TDOR has mainly been observed by members of the Queer community, which means sharing in collective grief and thinking on ways to create meaningful change for marginalized communities.

But the labour to create that change shouldn’t only come from those communities.

“Our Transgender students, our friends and our colleagues, they’re part of our community. Their lives matter,” said Finlay.

“I also think it’s a real mark of privilege being able to ignore the discrimination and harassment that Trans people have faced. We should be thinking about what it means when we ignore parts of our community, when we look away when people are being harassed. When we don’t stand up and say, ‘That’s not appropriate, this is a member of our community, this is my friend, this is my classmate.’