Preview: UBC Theatre's The Changeling not shying away from tackling sexual violence 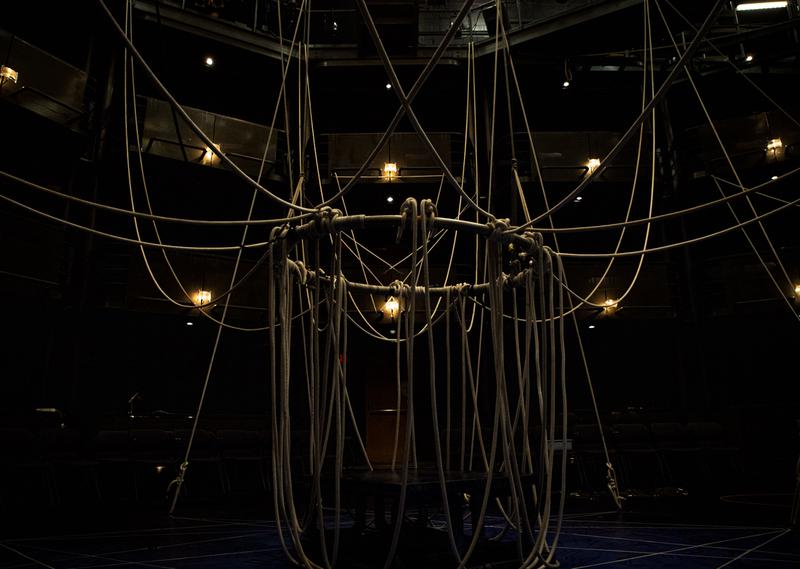 Part of the set for The Changeling. Elizabeth Wang

This piece contains material that may be triggering to some, including mentions of sexual assault and violence.

Almost four hundred years after it was first performed, The Changeling and its themes remain relevant. The deep familiarity of the play is perhaps a sad reflection on society today.

The well-known tragedy from the English Renaissance was written in the early 17th century by Thomas Middleton and William Rowley. It tells the story of Beatrice-Joanna,
a young woman trying to survive within the walls of a society that boxes women in. She’s surrounded on all sides by the men in her life, from her father to her fiancé to her lover and to the servant who is in love with her.

“A big part of this play is exploring what does a young woman do when everything is against her, and when the walls are closing in on her?” said Bonnie Duff, the UBC Theatre student who plays Beatrice.

“It’s a play that exposes a lot of the worst [of society] and in many ways that are still a little too familiar,” said director and master’s of fine arts student Luciana Silvestre Fernandes. “This is not a play of flawless heroes and heroines. This is a play of deliciously flawed, fucked up, trapped humans, trying to survive.”

The violence and trauma that the characters, particularly Beatrice, encounter hits close to home for many. As a classical tragedy, there are murder and betrayal, but there’s also sexual assault. Unlike many other productions of the play, Fernandes is addressing that violence head on.

“The first three times I read [the play], it gave me nightmares. And that’s really why I’m doing it — this play has stuck with me,” she said. “It has haunted me for a decade.”

The classical interpretation often makes her blood boil, she said. Fernandes made a conscious choice to centre her production around Beatrice and to make it clear, in no uncertain terms, that Beatrice’s flaws and her own manipulations do not make her assault justified.

“Imperfect victims are still victims. She is flawed as can be, she makes really bad choices — one thing doesn’t cancel the other.”

A world of nightmares

The production team used that nightmarish feeling to create the world that Beatrice inhabits.

“For me, the show is more
about blood and violence. Like the whole world is against Beatrice. So from our designs [we’re] trying to express the violence, both mentally and emotionally,” said Charlotte Di Chang, the show’s costume designer.

Di Chang created costumes that combine Jacobean style with current high fashion to dress a world of beautiful people who have to think constantly about their reputations. Their tightly controlled, structured appearance on the outside traps the flawed human within.

The set also works with the verticality of the Telus Studio Theatre, and its inherent power and presence, to create a haunting, nightmare space. Set designer Luis Bellassi worked closely with Fernandes and Di Chang to create a visually cohesive space.

Most of the costumes are a striking red against the blues and purples of the set, colours that Bellassi deliberately chose to ensure that the red — and the blood and violence the colour evokes — stands out to the audience.

Working in a production with so much violence is a difficult experience for all the actors and they’ve trained to develop a process of shedding their character after they leave the theatre.

After portraying De Flores, the servant in love with Beatrice who kills for her and then sexually assaults her, Kyle Preston Oliver makes sure to slip in earbuds after rehearsals and do ballet to come back to himself. For Duff, however, Beatrice’s experiences aren’t something she can leave behind.

“[Beatrice’s] narrative and those experiences are to a certain degree things that are deeply, deeply familiar to me as a young woman playing a young woman,” she said.

In the end, however, Duff sees The Changeling as more than the trauma it portrays. The characters all undergo their own transformations from the first impressions at the beginning of the story and their humanity keeps them from fitting into neat boxes.

“[Beatrice is] a young woman protagonist who doesn’t fit into the archetypes of the [virgin] or the seductress or the perfect victim or the perpetrator,” said Duff.

As director, Fernandes doesn’t want to impose a message onto the audience. Instead, she’s looking to start a conversation.

“[I want to] initiate conversation about power and coercion, about women’s rights, about what ways those walls [are] still familiar. What are the things that are structurally still echoing in our worlds, that prevent us from being our free, full selves and that force us into the worst that we can be?”