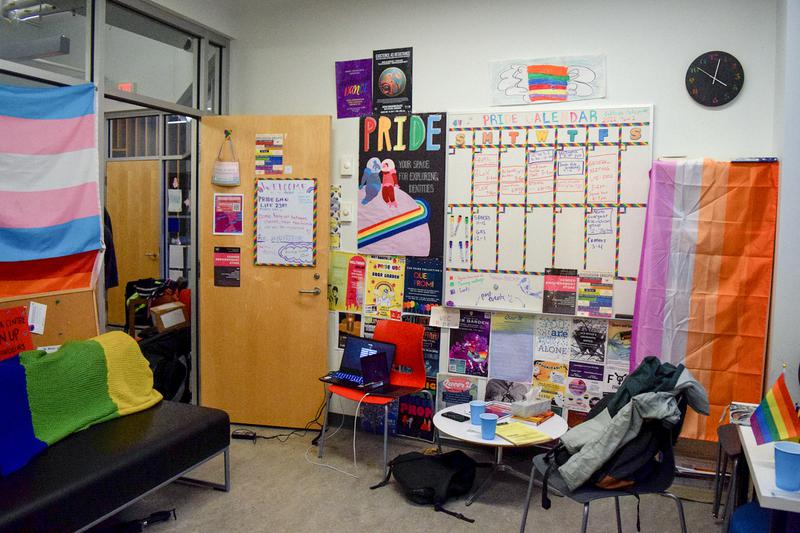 It started with a mixed bowl of imposter syndrome, a well-done existentialist phase and a garnish of a perfectionist personality. File Chirag Sharatkumar

I wanted to fit in. I tried to force pieces of myself into spaces that didn’t fit me right, only to learn that I was meant for another puzzle.

My first year of university was online. It was supposed to be my escape. I wanted to explore a world where I was finally ME. Freedom is a true desire for me and, in my house, no one is allowed to have opinions other than my father. I couldn’t trust my thoughts because most of the time they were echoes of my father’s thoughts. I never thought that my answers were allowed to be different than everyone else’s, that my ‘normal’ could be different than yours. Normal doesn’t really exist. I never knew that something was missing until I started to look for it.

I acknowledge that it’s hard to start your life at 18, to start seeing outside the blinders that were only supposed to make me look straight. As we grow up, we learn about the small world and its ways, built by the people around us. I wanted to see beyond that world.

Then, in-person classes started. It was time for my entry into a world outside the walls of my house. I could finally be myself. And here is where my questioning period began. I’m outside the walls, now what? Well, there’s the sequel to the struggle.

I started questioning my morals, the stereotypes that were programmed, and with that came the question of my identity. I turned to philosophy for answers… Answers are rarely to be expected of philosophy but insight, that’s what philosophers love. Philosophy made me realize that we live in a world of perspectives and ideas, and to each their own. I needed to find mine.

"Which genders am I attracted to? Men? Women?" Contrary to popular belief, questioning one’s identity isn’t a light bulb moment; it’s different for everyone. For me, it was as messy as my room. It started with a mixed bowl of imposter syndrome, a well-done existentialist phase and a garnish of a perfectionist personality. As I was pulling myself through this mess, it made me question almost everything in my life. My beliefs, my motivations, my identity…

These are the questions that I am still asking myself.

I knew I wasn’t the only one thinking about these questions, so I went to a Pride Collective meeting. I set a reminder on my phone before walking to the Nest. It’s an easy walk, but inside, my mind was unfolding. I was serving myself different platters of thoughts. Still, I took a deep breath to let myself feel whatever I was feeling and felt a little proud of myself for accepting myself enough to follow through with this opportunity.

Opportunities are a privilege and so is accepting them. I know, it sounds dated, but ideas like feminism and gender identity have still not reached all around the world. Many still don’t realize that they are allowed to be who they are and that there is a community out there for everyone.

I walked into an already running meeting, said “Hi,” and innocently brought up with the weather. As I looked around, I spotted a pink and white unicorn resting on a chair in the middle of the room. It felt like the perfect representation of what the meeting meant to me. The safety of a hug and the magical belongingness of that room. It was the unicorn’s magical hug. Voicing my doubts in a community that understands them more than anything feels like a million unicorn hugs. I still don’t know all the answers, but at least I allow myself to live in the uncertainty.