The 'Almost' Welcome Back BBQ was 'almost' fun 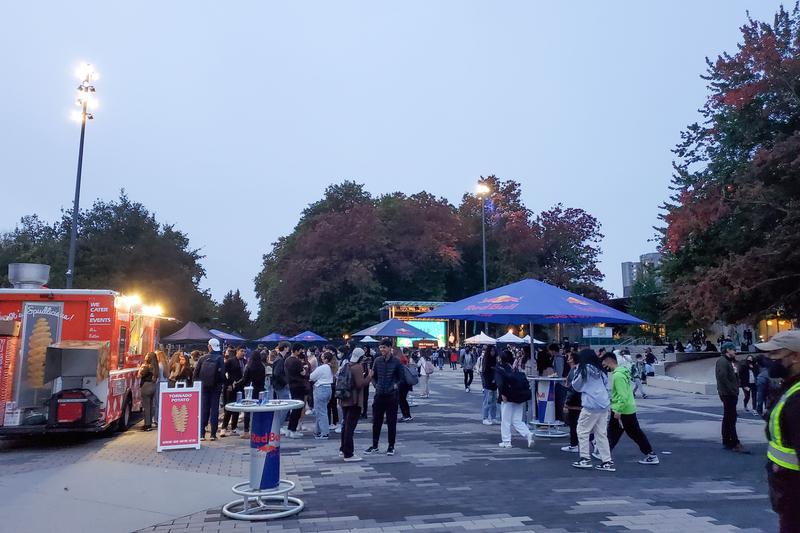 The “Almost” Welcome Back BBQ certainly did not live up to the hype. File Jerry Wong

In the week leading up to the AMS’ “Almost” Welcome Back BBQ, I had a miserable cold and my first in-person midterm at university. After such a gloomy week, I was looking forward to a lively evening full of music and fun.

The much hyped-up and advertised “Almost” Welcome Back BBQ took place on October 1, marking the first day of what will (hopefully) be a vibrant fall season. The fully in-person 35-year-old UBC tradition ran from 2 p.m. to around 7:30 p.m. in the Plaza outside the Nest.

The event that was pitched as being an “evening full of uplifting music and great vibes” fell short of the last part of the promise. While it was certainly a musical event, crowded with the crème de la crème of our beloved UBC musicians, three food trucks and a couple of stalls selling overpriced clothes just did not cut it for me.

One-third of the crowd formed the long (very long) line to the food truck selling Tornado Potatoes – something half of UBC would have already guiltily gorged on while visiting the popular Richmond Night Market this summer.

I missed the live bands, but the music played by the DJ, though loud (based on complaints from several students and the ringing in my ears after the event), was quite lacklustre. There was a sudden switch to Hindi music midway through the event, and while initially inducing excitement, the poor selection of songs – barring a few guaranteed crowd-pleasers – was disappointing.

To protect my head from freezing (and my ears from bursting), I quickly abandoned the idea of waiting in the long line. I decided to take advantage of the conveniently shorter lines inside the Nest and settled on a buttered bagel from the trusted Blue-Chip Café instead.

The “Almost” Welcome Back BBQ worked well as a networking event to blow off some steam after a murky, study-intensive week, but certainly did not live up to the hype. Don’t feel too bad if you missed out on the event this year, I would have rather been at home, tucked under my blanket, watching Netflix.