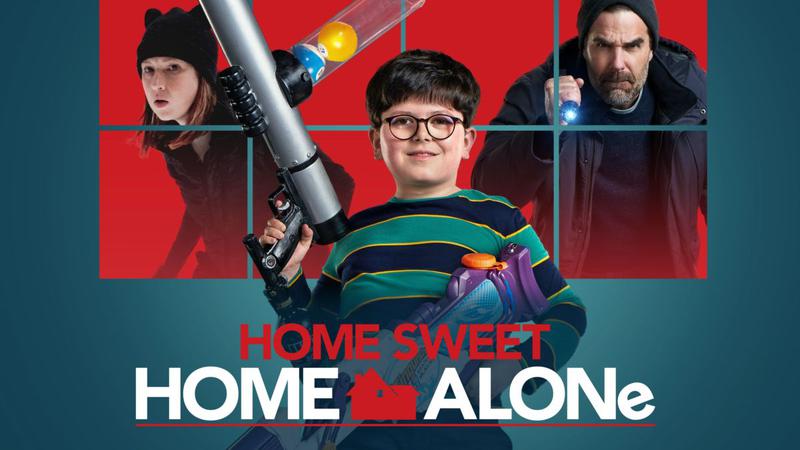 Home Alone is hands-down my favourite Christmas movie. It’s a classic fight between good and evil with a dysfunctional yet loving family. It brings out a few laughs and it has a special coziness you don’t see in many other Christmas movies. I love the sequel, and even the third one is okay in my opinion.

But I draw the line at the Disney Plus exclusive Home Sweet Home Alone. It tries to retell the original story in a new 21st century way. Key word: tries.

On the surface, the movie follows the same premise: Max Mercer, a young boy, is accidentally left home alone while his family travels for the holiday and two robbers try to break into his house.

But besides the uncanny dialogue, that’s where the similarities end.

Kimmy Schmit and her husband are the real stars

Who said the protagonist of Home Alone had to be the little kid?

The robbers are Pam and Jeff McKenzie, a husband and wife team played by Ellie Kemper and Rob Delaney. They are a refreshing, yet still horrible, take on the Christmas bandits. The two are in financial trouble after Jeff loses his job and they are forced to sell their family home. They find out from Max’s mother that they have an old German doll that is worth enough money to save their house but discover it missing soon after. They suspect it’s in the Mercer house and try to take back the doll, only to be bombarded by traps set by Max.

The film reinvents Home Alone so much that I actually have more sympathy for the robbers than I do for the kid left alone during Christmas, mostly because I know more about these characters. Max’s background and family dynamics are dramatically underdeveloped compared to the McKenzies’.

This movie is Confused™

It’s like the producers can’t decide what they want it to be. I don’t even know if they know what it’s supposed to be.

Where Home Alone gave us a distinct line dividing the good guys and the bad guys, this film gives us a white-line-on-white-paper situation.

Max, the ‘good guy,’ is a little brat. The whole reason he gets left behind is because he chose to sleep in the garage after his mother shouted two words at him, which was completely justified considering she was on the phone with the airline and all Max wanted to do was complain to her. Whereas the robbers, the ‘bad guys,’ are actually wonderful people trying to save their family home. Not only that, but the movie even ends with the McKenzies and Mercers gathered around the table for Christmas dinner the following year. Marv and Harry could never.

The movie tries to be less violent by replacing some of the classic traps (like burning the letter ‘M’ onto Harry’s hand) with hot sauce cookies and Mentos in soda bottles, but then other traps are swapped out for Nerf bullets with pins sticking out of them and billiard balls in a potato gun. Make up your mind, are we going for more or less pain? They don’t know.

The most disappointing, and yet most satisfying, part of this film is the fact that it is self-aware. It knows its strengths. It knows that the audience knows this is a remake — and not even just a remake, but the fourth iteration of a remake.

It’s self-aware enough for there to be hilarious fourth-wall-break comments, like this one, by Jeff’s brother, Hunter, that took the words right out of my mouth:

“This is garbage! I don’t know why they’re always trying to remake the classics; never as good as the originals.”

But if they’re adding lines like this, why did they even make the movie?

Oh right, Hollywood doesn’t like new ideas. Between the new Jumanji movies starring Dwayne Johnson to a new Rugrats show, there’s no shortage of reboots, remakes or spin-offs. There is something that can be said about reinventing a classic show for the new generation… but you know what they say, if it ain’t broke, don’t fix it. Home Alone (1990) is definitely not broken.

The movie tries to redeem itself by including references to the McCallister family, with Devin Ratray reprising his role as Buzz McCallister. But the four minute cameo doesn’t make watching the other 89 minutes worth it.

Please, do yourself a favour and just watch the original Home Alone.