Twelve Days of Completely Secular Yuletide: I promise that Rise of the Guardians is a holiday movie 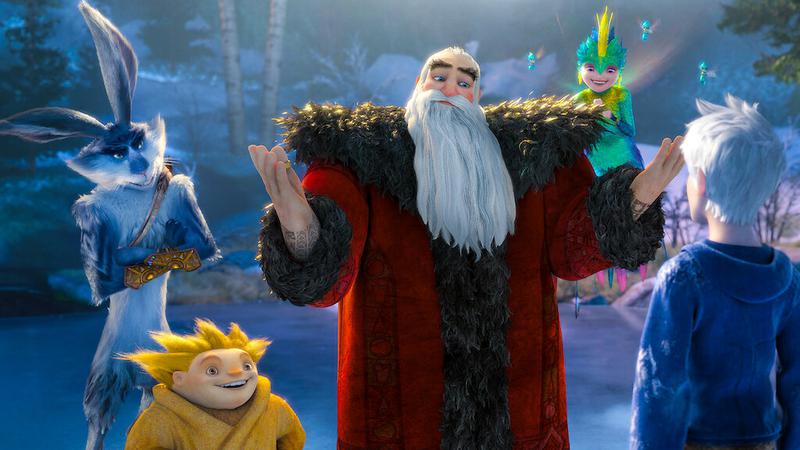 Rise of the Guardians opens with a newly-minted Jack Frost. Netflix

So what if it’s set at Easter?

With the Tooth Fairy (Isla Fisher), the silent Sandman, or Sandy for short, Santa Claus, affectionately called North (Alec Baldwin), The Boogeyman, also known as Pitch Black (Jude Law) and winter boy-extraordinaire Jack Frost (Chris Pine), it’d be hard not to classify this film as a holiday movie. Is it technically a Yuletide film? No, but I’ve always watched it around the winter holidays, so that has to count for something, right?

Rise of the Guardians opens with a newly-minted Jack Frost. Floating out of a frozen pond like someone trapped in an alien tractor beam, Jack learns from the Man in the Moon that he has wintery powers. The only downside? No one can see him.

After years of wandering around invisible to children, Jack is summoned to the North Pole — and by “summoned,” I mean stuffed into a sack and thrown through a portal by North’s yeti-helpers. Once there, he is told that Pitch Black has returned and the Man in the Moon has chosen Jack to become the newest Guardian. Long story short, Jack isn’t overly fond of the idea until he becomes an integral part of the fight against the Boogeyman and is recognized by a child for the first time. In the process, he learns about his past (in a scene that brings tears to my eyes even on my fifteenth viewing) and about what is at his core. With his memories, Jack saves the day by showing the children how to have fun and laugh in the face of Pitch’s nightmares (which are literal night-mares because they’re spooky horses made out of dream sand).

To the untrained eye, this movie’s holiday connection is tenuous at best: Santa Claus remains on the sidelines in the film. But, let’s not forget the true meaning of Christmas — and I don’t mean the Christmas cookies or the gifts. No, I’m talking about the celebration of loved ones. The holidays are one of the few times a year we gather with family and friends and show our appreciation for them, whether that be through wrapped presents or the mere act of spending time with them. And that appreciation is exactly what this movie highlights. The sword-wielding Santa is a perk, but this movie is so much more than that. It’s a story about friendship, bravery and, most importantly, believing.

If you’ve wrapped up your unwrapping, or if Christmas isn’t celebrated at your house, I suggest giving this movie a watch. And even if the rest of this review about feelings and love hasn’t sold it for you, it’s got Chris Pine in the lead role, so really, what else could you ask for?