A plethora of choice at UBC’s 5th Annual Chef Challenge

There wasn’t a dish there that I didn’t love, but where would journalism be today if we weren’t obligated to give you readers out there an official ranking of the best to least good.

The sun was shining and the doo-wop tunes were in full swing when I arrived for the Fifth Annual UBC Chef Challenge. Carnival flags blew in the wind as the East End Carnival Band set up shop to play some classic tunes from “When the Saints Go Marching In” to their own waltz-y rendition of “Caravan.” It was as chill an atmosphere as any to try out some great new foods and get a little tipsy on craft beer.

There wasn’t a dish there that I didn’t love, but where would journalism be today if we weren’t obligated to give you readers out there an official ranking of the best to least good. I judged these servings based on my preferences, their creativity in flavour, texture, presentation and most importantly, how the meal and drink as a whole tasted and complimented each other.

My favourite sample of the night was this simple, fruity snack whose smooth mascarpone filling left a subtle lemony after-taste. Its sweetness perfectly complimented the chocolate-y and equally enjoyable Bomber Porter. Whatever small bitterness that could be detected in the beer by itself was completely masked when combined with the delicious, but not overpowering flavour of the mascarpone. 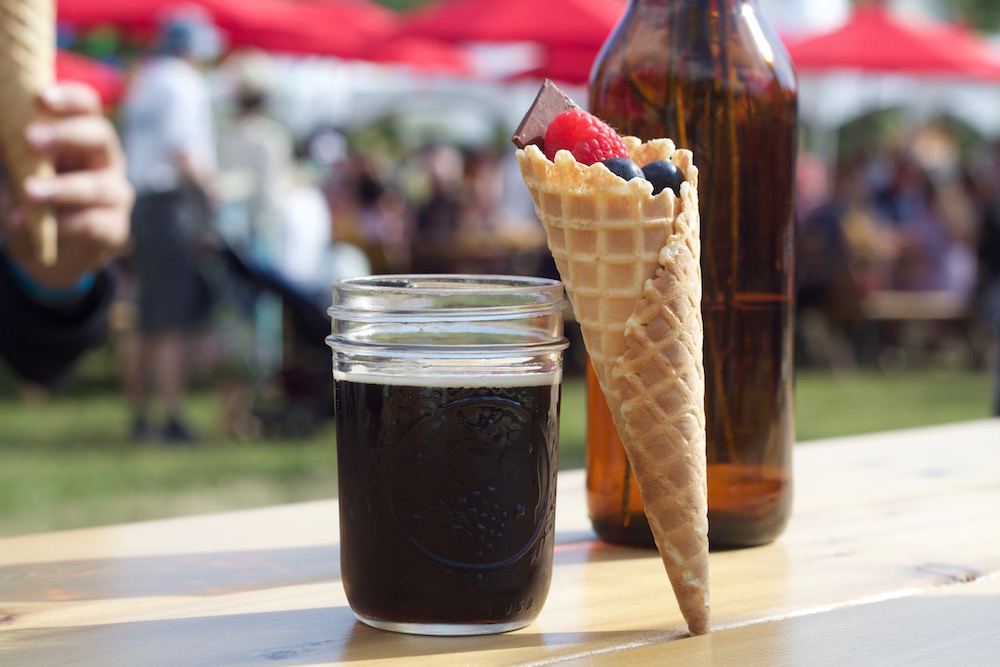 Had I not a clear bias for porters over IPAs, this Jury prize winner would also be my top choice. Their vegan Jack Fruit Taco was nearly indistinguishable from pulled pork, one of my favourite dishes. The BBQ sauce, when used in combination with the fruit, had a taste and texture both familiar and wholly unique that I am desperate to try again. To their credit, I also greatly enjoyed their IPA — one that was light and not too bitter while still maintaining the style’s distinct hoppy flavour. 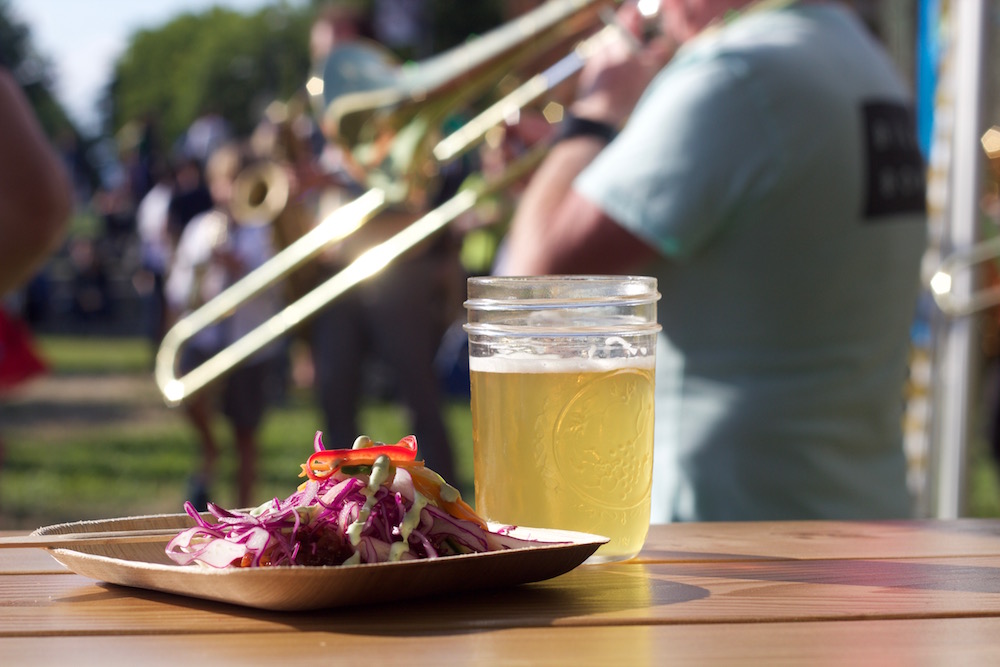 Virtuous Pie had both a delicious snack and beer, but I found the combined sweetness of the two a bit too overpowering and it provoked a few protests in my stomach. Nevertheless, the carrot cake base, infused with a combination of granola and applesauce, was nice and chewy. It also meshed well with the ice cream and berries. The Fernie Wheat beer was a light and bubbly reddish brew and probably my second favourite beer after the porter. 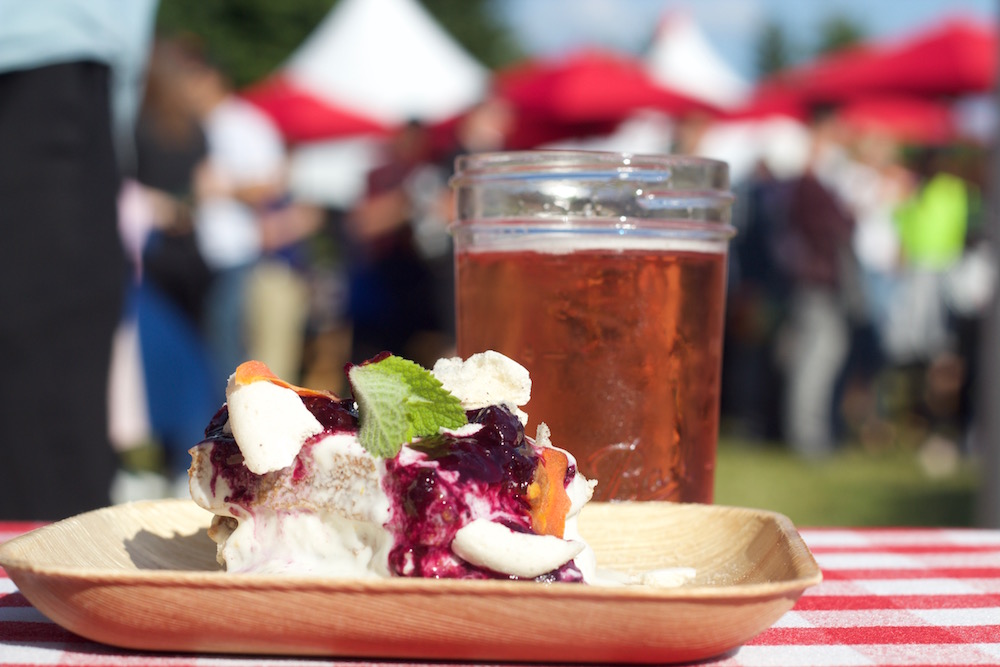 Koerner’s won the audience poll by a wide margin. If I were judging solely based on food, they’d probably tie with UBC Food Services. Their Braised Duck had a rough gamey texture and a unique taste accentuated by the zesty pepper aioli. However, I found the Pilsner to be merely average — it didn’t take away from the duck at all, but neither did it add to it. 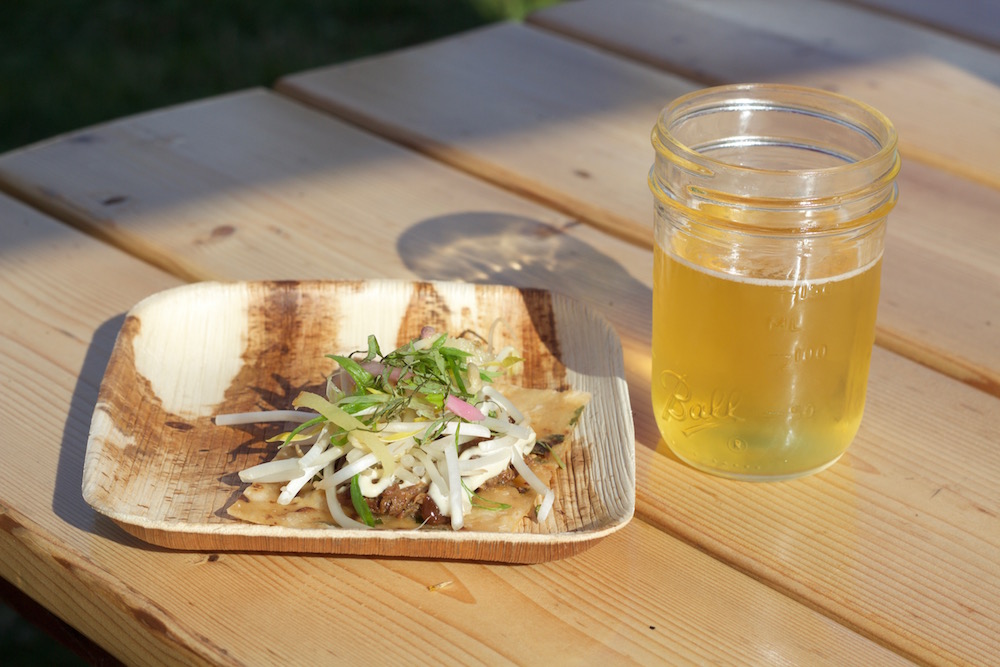 St. John’s tuna dish was a nice meal to end the day, but unfortunately it was my least favourite. The tuna and thin crunchy cucumbers were layered with the tang of pickled plums and pork rind chicharron. I enjoyed it well enough, but it just didn’t wow me like the rest of the dishes. Lastly, there was their light Northeast IPA, which was also fine, but not as enjoyable as UBC’s IPA. 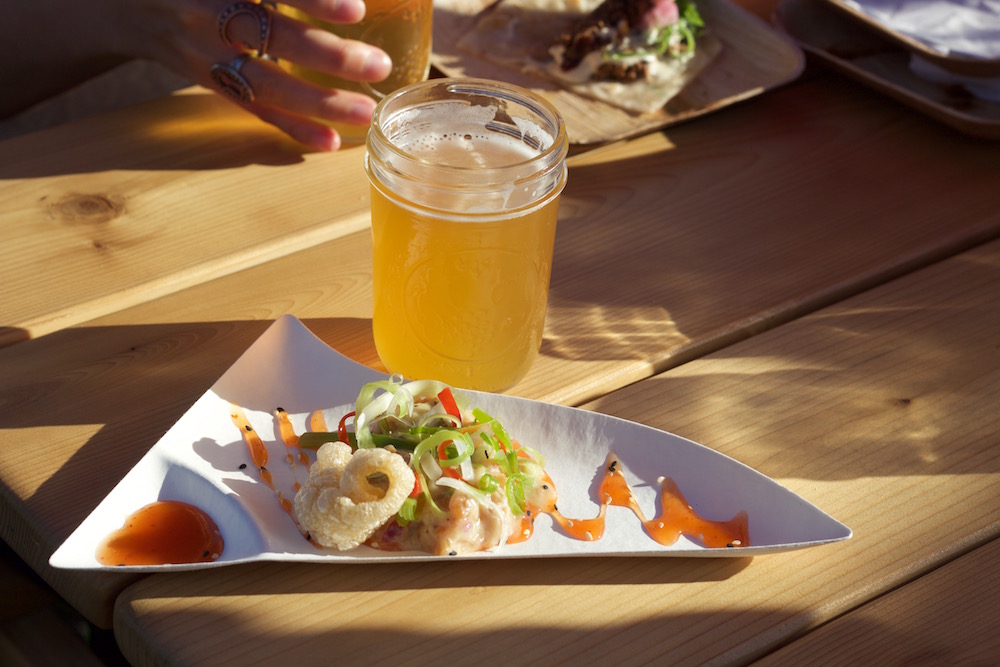 The audience choice winner of the afternoon was Koerner’s, with a landslide 157 votes. Virtuous Pie came in second with 64 votes, followed closely by St. John’s College. UBC Food Services came fourth in popularity, but won the ever critical eyes of the judges and took home the jury prize. Last for the audience, but first for my stomach, was Biercraft with 53 votes. 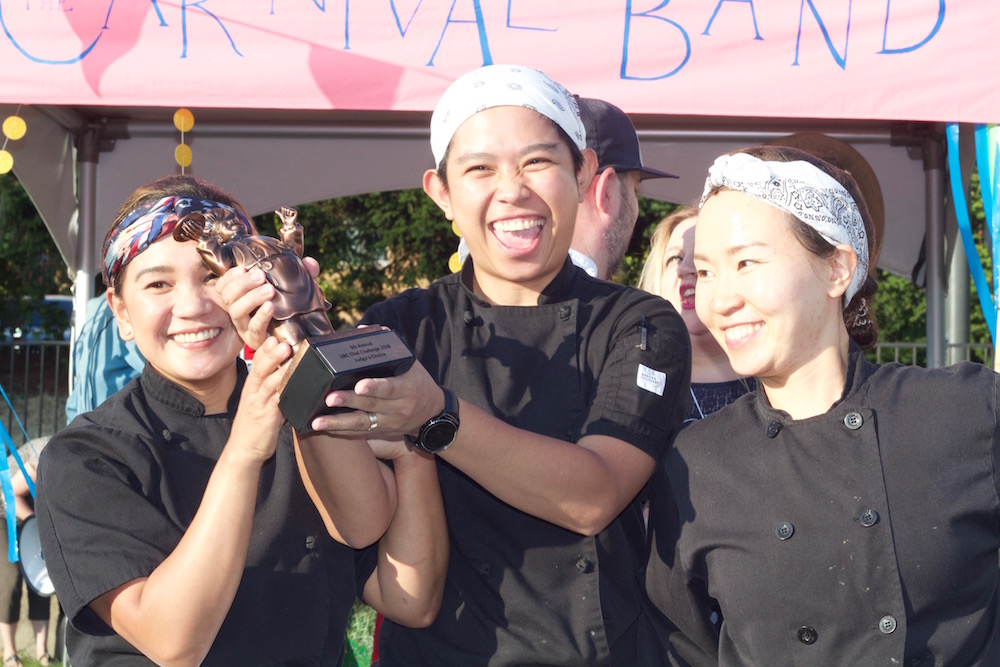 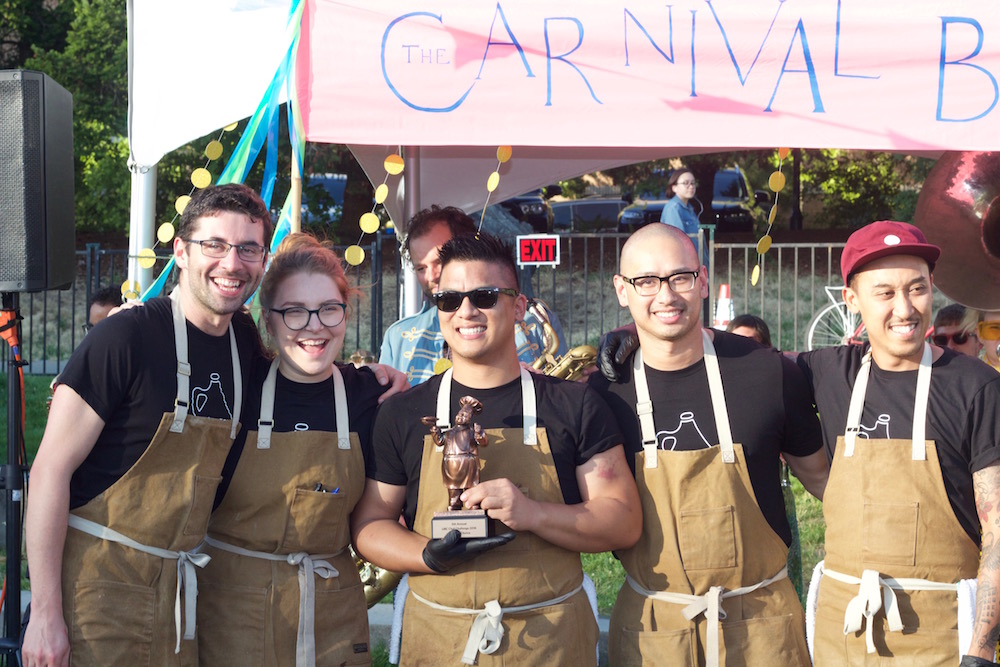