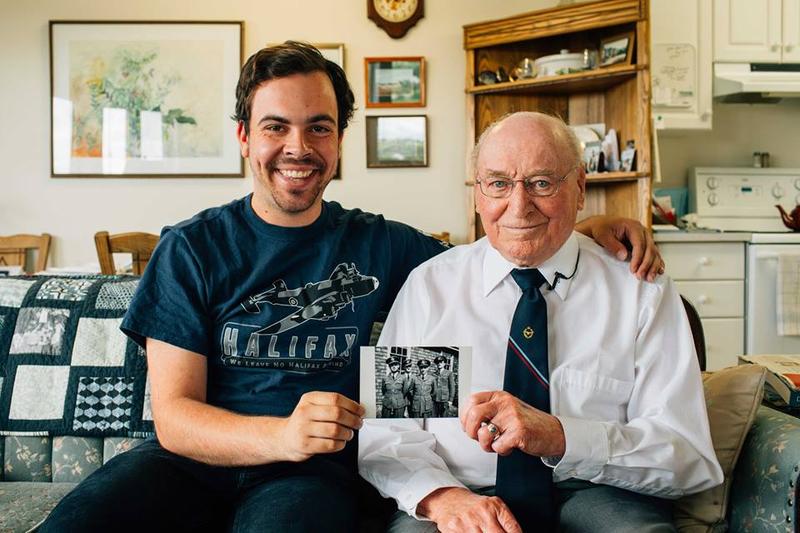 When Canada entered WWII, some found themselves overseas while others held administrative duties or worked in factories manufacturing shells for the war effort. Everyone involved had something to contribute and every one of them has a rich story to tell of a Canada that is vastly different from what we have the privilege of knowing today.

Eric Brunt, a filmmaker and graduate of UBC’s film production program, has dedicated himself to documenting and preserving the stories of WWII veterans in a documentary called Last Ones Standing. Brunt first began his journey in Vancouver by listening to the stories of his grandfather, Clifford.

“My grandpa was a big part of my life … he actually passed away while I was at UBC in 2013,” Brunt said. “He was stationed in Quebec and Prince Edward Island for the entire war … he was kind of an unconditional veteran in that sense.

“Despite this, he had so many stories and I regret not hearing them all.”

Brunt, shortly after Clifford had passed away at 95 years old, began to think of how many other stories that are out there and have yet to be told or documented.

“I started interviewing people in the Vancouver area and using my background in film,” he said.

“I found all these different stories of men and women who served in all sorts of different capacities who felt that their stories weren’t worth telling ... The idea of preserving stories that hadn’t yet been told appealed to me as a filmmaker.”

“You have veterans who have never opened up because of PTSD or simply because they didn’t want to talk about it,” Brunt said. “I’ve had people tell me that they’ve never even told their families these stories before.”

One of the veterans Brunt interviewed, Reg Harrison, turned out to have been good friends with Brunt’s grandmother’s brother, Peter Anaka, during training. Harrison was able to share a photograph of himself and Anaka to Brunt — something that struck a major chord with him.

“There was a moment where I thought ‘Gosh, my family’s history has come together with my project’ and it just made me think that this is maybe really what I’m supposed to be doing. [Harrison] was just blown away, too,” Brunt said.

Brunt plans on ending his journey in St. John’s, Newfoundland. Currently, he has interviewed 191 veterans across the nation.

“My biggest wish is I could freeze time and interview them all.”

You can read some of the stories that our veterans have shared with Brunt, follow his journey across Canada and learn more information about Last Ones Standing on Brunt’s Facebook page.