‘A hero … for her colleagues and students’: UBC community mourns the sudden loss of Dr. Sinikka Elliott 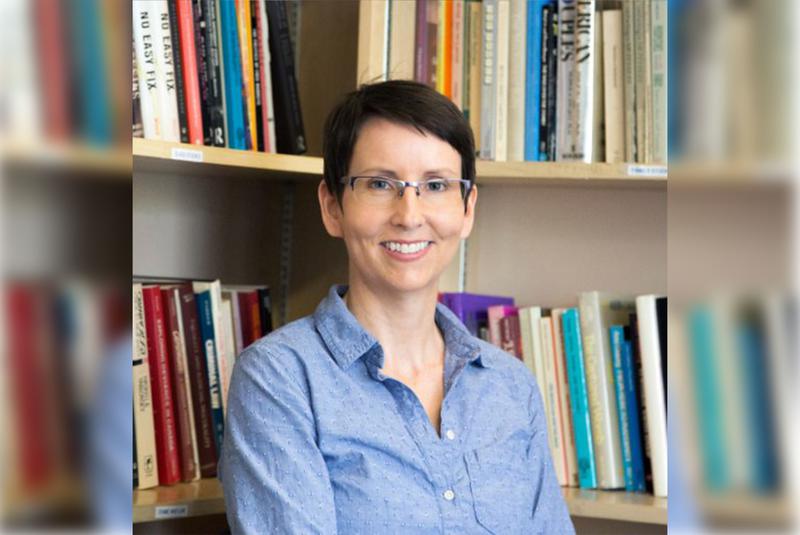 “In her short time here, she made a huge impact on our campus.” Courtesy Sinikka Elliot via Twitter

I’ve been replaying the last moment that I saw Dr. Sinikka Elliott in my head since her death on May 15.

I had just finished the final for SOCI 101, which she taught, and was sitting outside of the lecture hall talking with a classmate. Out of the corner of my eye, I noticed Elliott leave the lecture hall. I turned my head and looked in her direction.

She smiled at me. I smiled back.

Throughout the term, I would speed walk from Buchanan to Woodward so I could sit in the first or second row. I got to see up close not only how great at teaching she was, but how much she loved what she did.

I described my last time seeing Elliott to Suki Xiao, a master of arts student who knew her for three years, and she replied, “That’s always how she was.”

“[The] most memorable thing was her smile, each time I saw her either in person or online,” said Xiao. “[She had] the most genuine kindness in her eyes. You would immediately know how empathetic she was and how much she cared about you.”

Xiao described Elliott as “a brilliant feminist sociologist and activist at her core.”

“She was a feminist. She was independent. She was so hard working and such an excellent example of what a sociologist is,” said close friend and colleague Dr. Kerry Greer.

Many colleagues and former students echoed how committed Elliott was to her work.

Elliott completed a PhD from the University of Texas Austin in 2008. She worked as an associate professor at North Carolina State University for three years before joining the sociology department at UBC in 2017.

This past year, Elliott reviewed 23 different articles for publication. In Elliott's first year teaching at UBC, she was promoted. According to two of her colleagues, she was brought on two editorial boards of highly respected journals in sociology before her death.

“She was a very powerful scholar in showing how to be so caring and at the same time how to be so powerful,” said Umay Kader, another PhD student who worked closely with Elliott.

Associate Professor Amy Hanser wrote in a statement that Elliott adopted a “profoundly collaborative approach” in her work and recounted her partnerships with scholars from other disciplines and community partners.

Associate Professor Jennifer Black from the faculty of land and food systems was one of Elliott’s cross-discipline collaborators.

“She was a hero for a lot of her colleagues and students because of the kind of person she was,” said Black. “In her short time here, she made a huge impact on our campus.”

Elliott explored research topics such as families, sexuality and food insecurity and published two books: Not My Kid: What Parents Believe about the Sex Lives of Their Teenagers and Pressure Cooker: Why Home Cooking Won’t Solve Our Problems and What We Can Do About It. Elliott co-authored the latter with two of her colleagues.

“Her research on food insecurity for families living in poverty was groundbreaking,” Professor Catherine Corrigall-Brown wrote. “Her interviews allow us to really understand their experiences and build the sort of empathy that is critical for creating large scale social change to deal with these inequalities.”

“Her family has asked for donations to be made to a program that provides school lunches for children in BC,” said Stecklov. “That speaks to how there was this immersive-ness to the way she approached both her scholarship and her activism.”

Stecklov recalled his work with Elliott in recruiting job candidates for the sociology department.

“I was just so impressed with how you know the effort she took to try to make the job candidate feel welcome, feel supported,” Stecklov said.

“She understood the pain that people go through in this process of finding jobs where the chances are always very low, very small. She really came to this like so many other things, thinking about the other side, where the pain and suffering is for [the applicant] and what could she do to try and reduce that.”

Stecklov said that the department is still processing her death — but some of her colleagues are considering various ways to honour her legacy.

Ross said she will celebrate Elliott’s scholarship by including Elliott’s research in her Sociology of Sexualities course in the fall. Xiao will honour Elliott’s legacy by carrying out the lessons she taught her.

“She was the best PhD advisor I could ever ask for,” said Kader.

“Her place will be irreplaceable in the department and in the entire world.”

— With files from Charlotte Alden

This article has been updated to correct Suki Xiao’s student status.