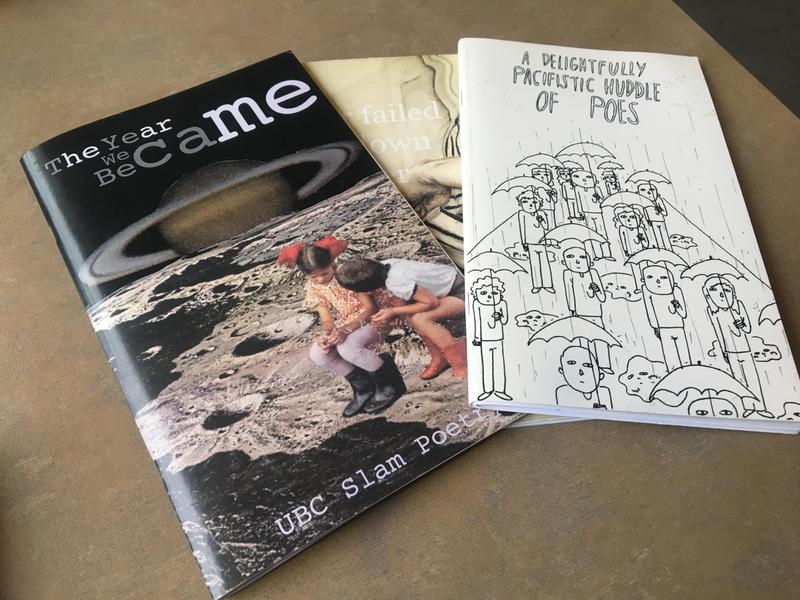 “We just want to validate everyone’s art,” Solomon said. “It’s more about being part of this community.” Chimedum Ohaegbu

Between Instapoets and the proliferation of micropoems, poetry is experiencing a Renaissance, enjoying an increase in the numbers and the passion of its readers. UBC Slam Poetry, no stranger to poetry’s magnetic tug, continues that trend on campus by calling for submissions for its fourth chapbook.

Submissions are open to students from all faculties until February 15, as long as they pay the $5 membership fee. As with the previous publications, Slam is creating this edition to highlight both slam and for-the-page poetry, genres that Slam’s VP External Communications Anjalica Solomon acknowledges as distinct.

“Slam poetry involves an audience that’s so present,” she explained. “Whereas, when you’re writing, your audience is practically invisible.”

Invisible or visible, the audience for this chapbook will be, Solomon hopes, bigger due to a collaboration with The Ubyssey: The winning poem chosen by Slam will also be published in the Culture section of the paper. The expansion of the submission pool — the chapbook is also taking submissions for cover art — will increase the workload for a club whose usual features include biweekly meetings and workshops.

“We just want to validate everyone’s art,” Solomon said. “It’s more about being part of this community.”

“I’m excited when people experiment with their poetry a little bit,” said Solomon. “So I’d say if you’re unsure about going [to] a certain place, just be brave and go deep.”

Solomon was published in an earlier edition of Slam’s yearly and now has her own chapbook out, something she partially credits to the confidence she gained from the success of that first submission.

“You get one win and then you feel like you can have another one and that’s the idea of it —making people feel like they can.”

UBC Slam is planning a launch party for April that will include performances by student writers and guest poets. At past launches, featured speakers have included luminaries like Sheri-D Wilson as well as UBC alumna and CBC Poetry Prize-winner Alessandra Naccarato.