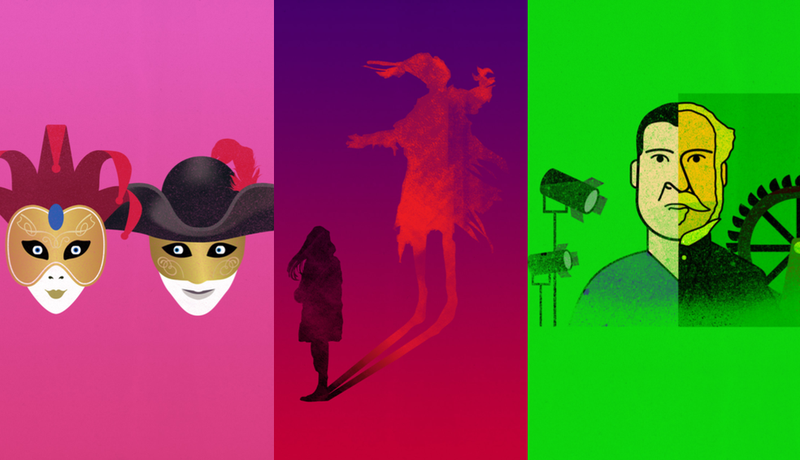 Regardless of what students are interested in, the new season offers myriad of options. Courtesy UBC Theatre website

This season, UBC Theatre celebrates its 60th anniversary with productions that promise a focus on darker themes. Much Ado About Nothing, Lion in the Streets and Goldrausch make up the season that involves UBC theatre students, with tickets costing $11.50 per show for students.

“I think that this year, there’s going to be a lot more edge than other seasons — whether that be for better or for worse,” said fourth-year bachelor of fine art (BFA) actor Rafael Ruiz. “It doesn’t really have a [play] that appeals to people just because it’s modern or because it tells a story in a different way. This season will appeal to people who want to take a look at the darker aspects that art can take on because it deals with so much anger and sadness.”

One play that explores these darker themes is Lion in the Streets. Written by Canadian playwright Judith Thompson, the story follows the ghost of a nine-year old girl who returns to her neighbourhood 17 years after her murder. It will play at the Telus Studio Theatre from January 17 to February 2.

“It will really leave you unsettled at the end,” said fourth-year theatre design and production student Alice Jiang, who is the costume designer for the show. “When you think back to the play, you become more unsettled knowing those [things] are happening, or possibly happening somewhere in the world.”

Lion in the Streets will be directed by Michelle Thorne. Ruiz, who has worked with Thorne on previous projects, thinks that it’s a great script for her.

“She likes to unsettle audiences,” explained Ruiz. “It’s a script that is already very edgy, and I think that with an actual budget she can make people very uncomfortable.”

Goldrausch is another show that is more than a feel-good production. Running from March 14 to 30, it is a play about a film director who is trying to make a movie about the man who started the gold rush fever of 1848.

“Goldrausch is funny, but I would not say that Goldrausch is solely a comedy. It’s in a way very tragic,” Ruiz admitted. “They try and … talk about actors’ ego within theatre and film.”

This show also contains some musical aspects, which hasn’t been done in the past few years within UBC Theatre according to Ruiz.

“Up until this year, we don’t get a lot of dance training. We get movement training, but not dance training, so it’ll be cool to see what happens with that. I don’t think by any means it will be awful, but who knows? It will definitely be fun,” said Ruiz.

Much Ado About Nothing puts a modern twist on Shakespeare’s classic by setting it in the present. “Instead of going to a war men are going onto a soccer team,” Jiang laughed.

“One of the people who has to be a professional soccer player has never played soccer before,” added Ruiz, “so maybe it will be really cool.”

Regardless of what students are interested in, the new season offers myriad of options.