VIFF: Benedict Cumberbatch leads a Western drama of tension, isolation and masculinity in The Power of the Dog 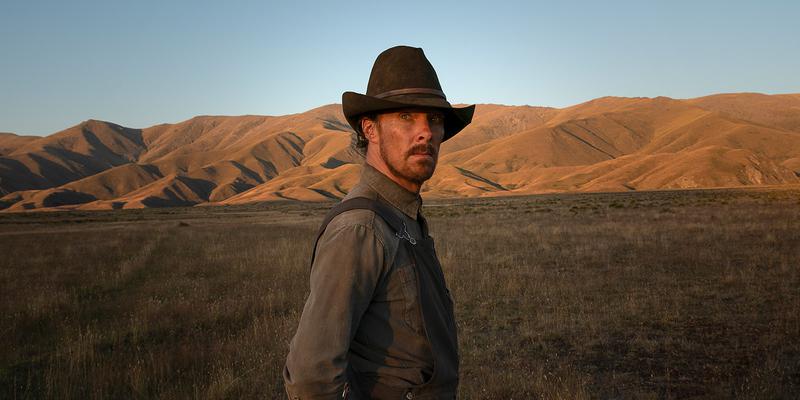 The film finds its power in Campion’s ability to discern the fine details of humanity. Courtesy VIFF

John Ford’s revered 1956 Western The Searchers features one of cinema’s most imitated visuals: John Wayne framed in the centre of the doorway of his family’s home, the interior shrouded in darkness while the doorway provides a view into the vast desert. Wayne belongs not inside with civilization, but rather out in the wilderness of the West.

Sixty five years later, The Power of the Dog silhouettes Phil Burbank (Benedict Cumberbatch) in similar frames, boxing him in. Phil remains isolated as the age of the Wild West recedes in the America of the 1920s, not able to belong in the mythic, masculine West of his ideals nor assimilate into the modern, polite society around him — be it by nature or by choice.

New Zealand director Jane Campion, only the second-ever woman to receive an Academy Award nomination for Best Director for her 1993 film The Piano and more recently praised for her miniseries Top of the Lake, returns to cinema after twelve years with her adaptation of Thomas Savage’s 1967 eponymously-titled novel. When untidy rancher Phil dines at the Red Mill with his more polished brother George (Jesse Plemons), he takes a nasty dislike to young waiter Peter (Kodi Smit-McPhee) for his lack of manliness and cruelly burns one of the paper flowers Peter had made as decoration. George, meanwhile, falls in love with Peter’s widowed mother Rose (Kirsten Dunst, who is Plemons’ real-life partner), owner of the forlorn establishment.

The peak of the Western genre served as a vessel for American mythmaking: useful narratives of manly men conquering the untamed wild at the edge of worlds of civilization and savagery. This proved fruitful ground for exploration and deconstruction of American identity by the likes of Ford and Howard Hawks, peeling away the heroism to expose the ugly racism, colonialism and toxic masculinity underneath. In contrast, Campion’s neo-western takes place after the Western frontier was ‘won’ and when civilization and modernity are perhaps only escapable in corners like the ranchland in Montana where the film takes place. Amid looming mountains, the geographic isolation of the characters is a match to their emotional and psychological isolation. Here Phil struggles under the show of his performative masculinity.

Cumberbatch tucks away his usual eccentric intellectual persona underneath Phil’s deliberate veneer of menace and roughness. The astounding performance reaches both the planes on which Phil presents himself as well as that of which he represses. Even as Phil acts with venom towards others fashioned as aspirational strength, the damaged shell of who he is, trapped by self-destructive paradigms, remains perceptible and simmering underneath.

It is not necessarily that Phil is some ultimately sympathetic figure, but rather that Cumberbatch and Campion imbue him with compelling dimensionality. As the dynamics surrounding Phil’s psychology and relationships take centre-stage, the strong work of Dunst, Plemons and Smit-McPhee — all playing characters fragile and lonely in their own ways — are pulled inward and pushed outward to reinforce the film’s sense of seclusion.

The performances are superbly complemented by tense direction from Campion, looming and weaving landscape photography from cinematographer Ari Wegner and anxious music by composer Jonny Greenwood. These facets synergistically form the core tapestry of the film, highlighting the psychological impositions trapping the characters, and are staggering on the big screen. The very slow pace and sparseness of the narrative can initially create some distance; however, the experience becomes rewarding as it proceeds and the viewer clicks into what the film is doing by its second half. Its observations are not didactic or asinine, but rather complex and empathetic.

The Power of the Dog finds its power in Campion’s ability to discern the fine details of humanity.