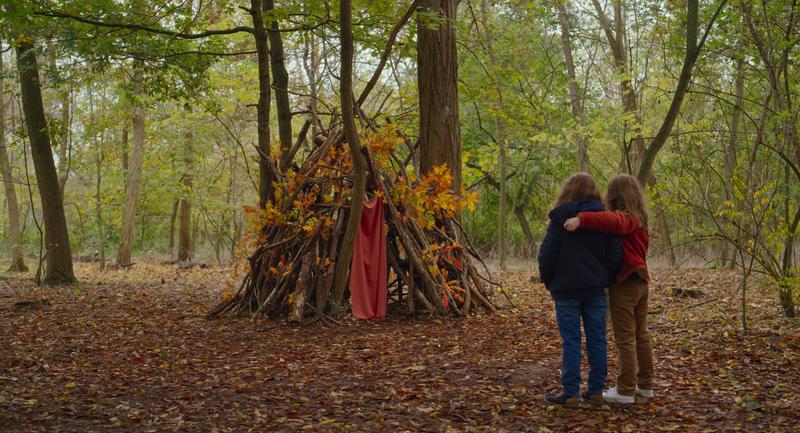 Sciamma has crafted a modern fairytale about memory and innocence. Courtesy Indiewire.

Cinema possesses the capacity to create connections that transcend what is possible in reality, and is able to do so in ways unique to the medium. This can require a filmmaker in with great control of their craft and intentions.

French writer-director Céline Sciamma proved that she is such a filmmaker with her painterly 2019 masterpiece Portrait of a Lady on Fire, which depicted a slow-burn romance between two women on the French coast in the eighteenth century. This year she returns with Petite Maman, a charming and simple seventy two minute fairytale of grief and coming-of-age.

Talk of a film that takes distinctive advantage of the medium may remind some of the power of cinema usually associated with projects of the scope and ambition of 2001: A Space Odyssey or the recent Dune — but Petite Maman’s cinematic tendencies are modest and grounded, delicate and gentle. Sciamma has cited the “radical poetry” of Hayao Miyazaki as inspiration.

Eight-year-old Nelly (Joséphine Sanz) travels to her grandmother’s house in the country with her parents. They are to spend a few days sorting things out after her grandmother’s passing as a result of a hereditary medical condition. This was the house where Nelly’s mother (Nina Meurisse) grew up and she is struck by grief. Nelly wakes up to find that her mother has gone off and left her alone with her father for reasons that a young child may not quite understand, and so must find something to do with her time.

She heads out into the woods out back where she meets — no, not Totoro — but another girl of great resemblance to her (Gabrielle Sanz, Joséphine’s identical twin). She shares the same name as Nelly’s mother. What is going on here is not exactly meant to be too much of a puzzle for the audience. Sciamma’s interest is not in the literal temporal mechanics of a dizzying Doctor Who paradox or Back to the Future but rather in the ability to use magical realism as a tool to close the distance between two characters in a relationship that cannot happen in real life.

Petite Maman does this with visual and narrative economy. As a film marked by isolation — caused by absence, emotional loneliness and the isolation of being a child (specifically an only child) — every ordinary line or action that takes place is observed purely and without distraction, ubiquitously imbued with the compassionate warmth of Claire Mathon’s cinematography. The central bond is created through acutely-felt simplicity, rather than grand melodramatic gestures. The primal formality serves as a reminder of what film is at its most basic: a sequence of images placed in an order so as to create meaning.

The authentic child performances, always carrying the needed weight of the conversation between the past, present and future they mean to signify, are crucial to the presentation of this story rooted in a child’s point-of-view. While Petite Maman is ultimately not the all-time great that Portrait of a Lady on Fire is — never really reaching the same highs or being quite so stirring — it is utterly admirable for the profundity and impact it accomplishes with so little. Sciamma has crafted a modern fairytale about memory and innocence, about possibility and acceptance, about mothers and daughters, about empathy and understanding. Petite Maman accomplishes more in seventy two minutes than most movies do in two hours.