There were many brilliant pieces from many localities, and the nuances are not so easily described in this article. Courtesy Don Erhardt

This week’s Wednesday Noon Hours took a journey to the East, featuring the beloved Silk Road Music ensemble. They are a Vancouver-based group that bridges classical Chinese music with twenty-first century practices. The event program mentioned that they had “a variety of musical styles from classical to folk-based pieces,” but it was only after the concert that I realized how much variety they had. Let’s start with introducing some classical Chinese instruments: 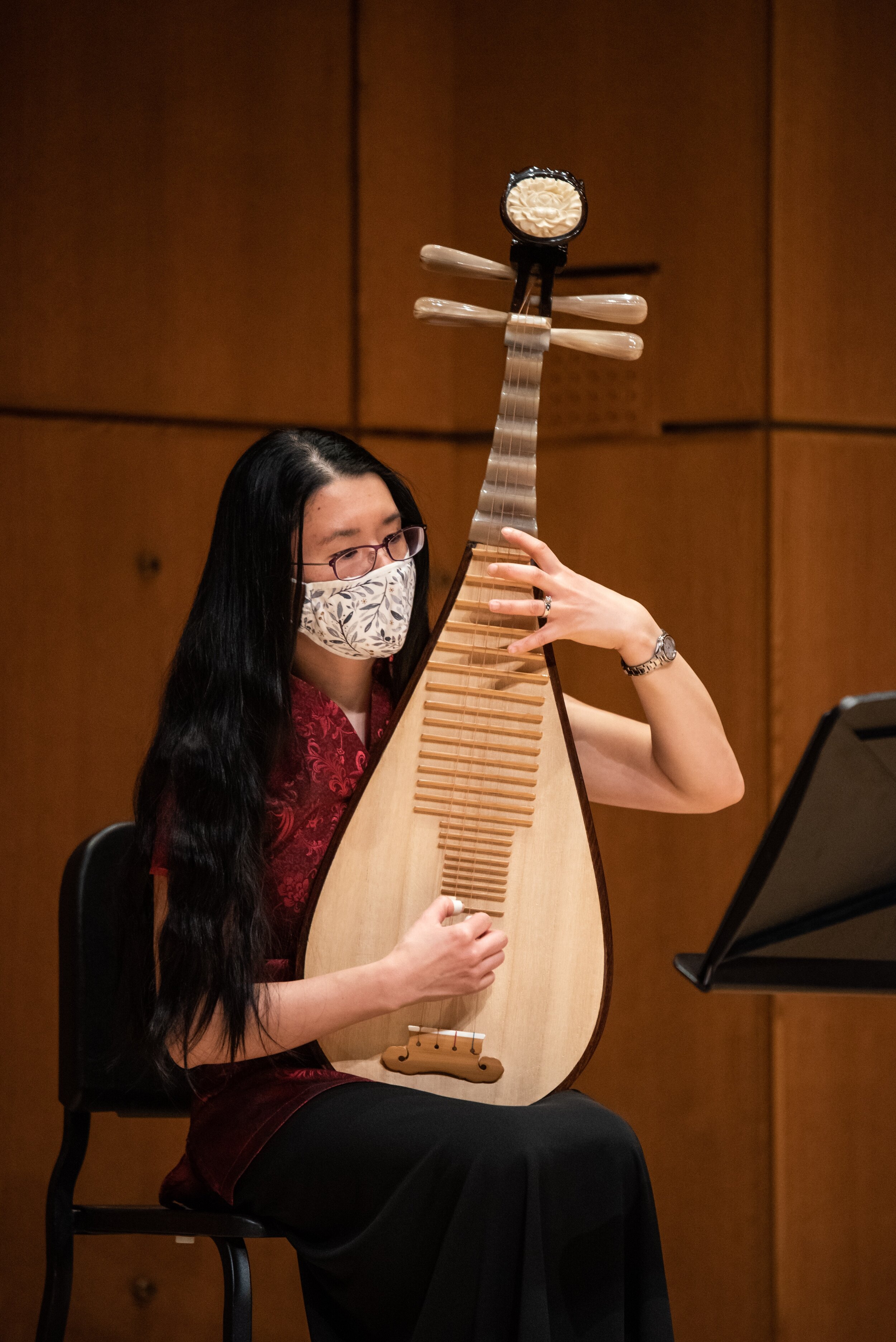 Qiu Xia He is the group’s pipa player and vocalist. The pipa is similar to the lute anatomically and sonically; its versatility is also comparable. However, the pipa’s tone is distinctive, and its pear-shaped smooth curves and valleyed frets sets them apart. 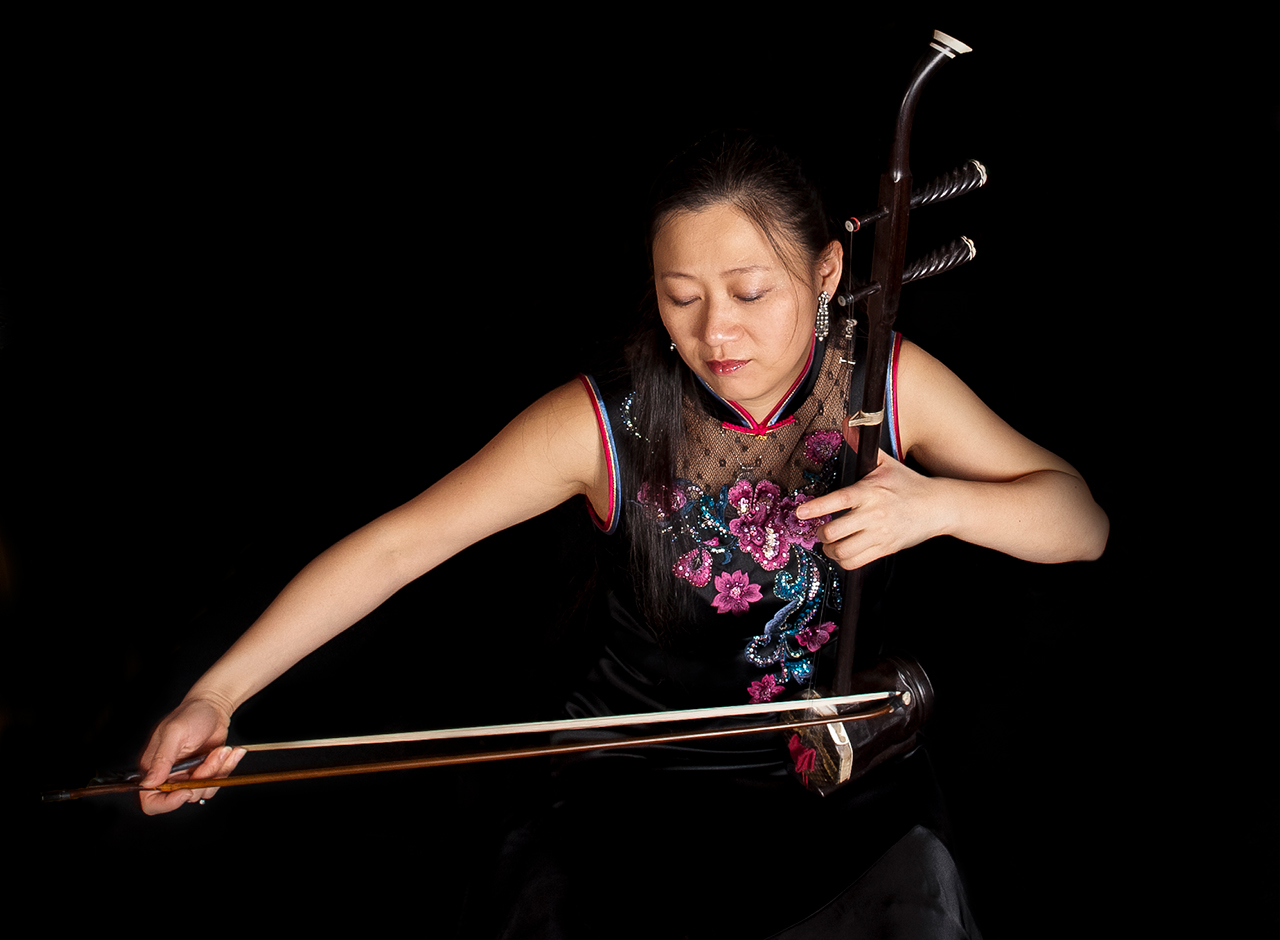 Yun Song played the erhu, which is a part of a family of string instruments called Huqin. “Hu” means “foreign,” so the name erhu directly translates to “two foreign.” I’m not sure how one can play this instrument so precisely, but I do know the skin on the resonating box is made of snakeskin and that I almost scratched up the old erhu at my grandparents’ house when I was a child. It only has two strings (Oh, maybe that’s where the ‘two’ in ‘two foreign’ comes from) but it strummed mine and many more people’s heartstrings. 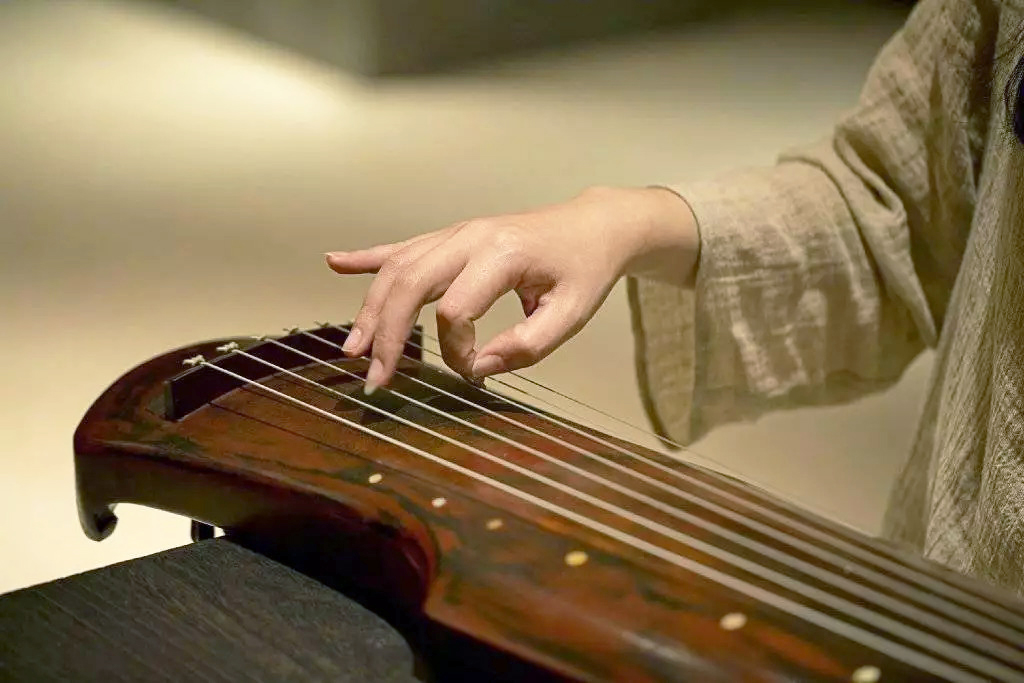 While the piano is known as the “king of instruments,” in China, the guqin is well-loved as the “queen of instruments.” The featured player Min Lin demonstrated impressively intricate techniques with both of her hands. It is small enough to fit across my lap, but its music and the musician’s artistry easily held the whole Chan Center on its own. 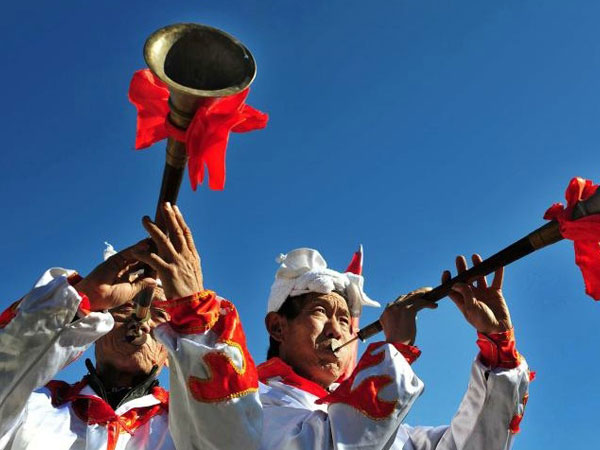 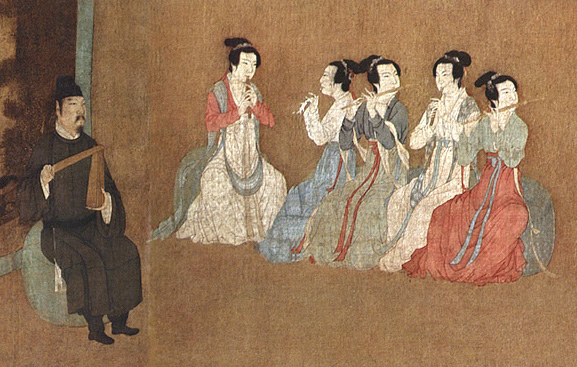 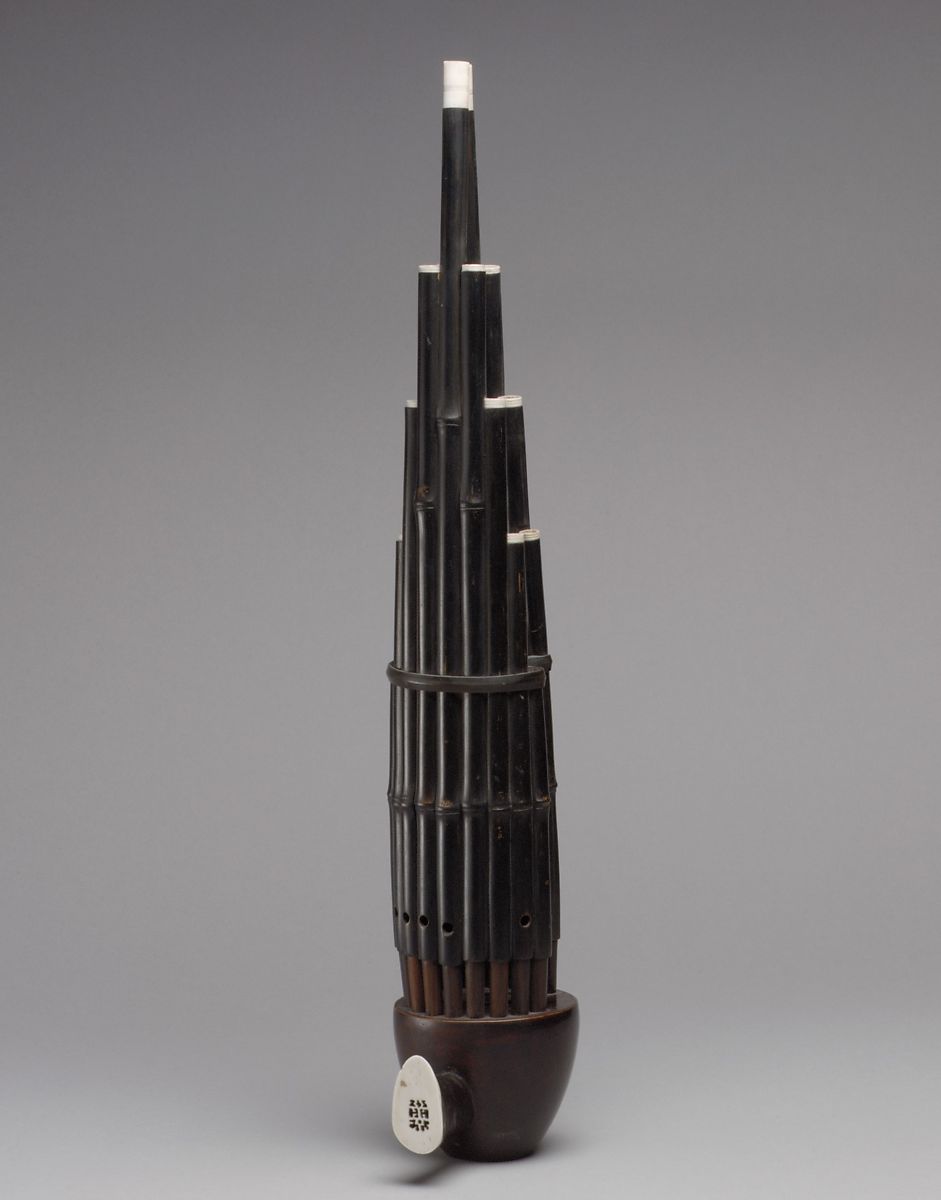 Sheng The Metropolitan Museum of Art

I am less familiar with these wind instruments, but Zhong Xi Wu truly stole the show with them. The suona emulates a brass horn sound, and has quite a range and versatility (we’ll come back to this). The bili is perhaps closer to the oboe in anatomy, and its sound was beautifully weaved into many pieces. The sheng, I like to describe to people as a “metal bamboo bonsai that sounds like a harmonica.” It’s also known as the mouth organ and has some commonalities to accordions. 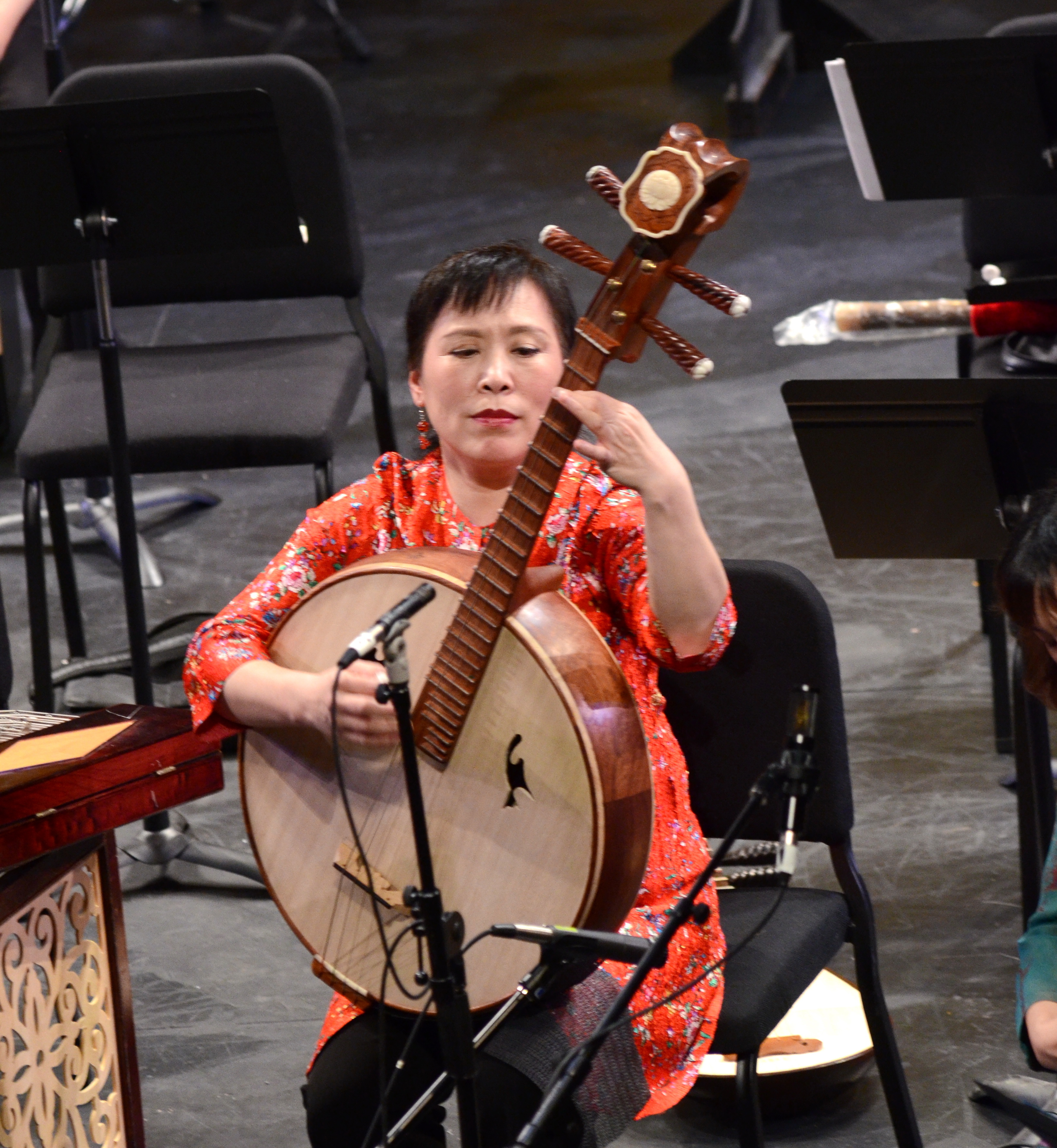 The ruan has similar roots to the pipa. Played by Zhi Min Yu, it provided a different colour to the ensemble, something softer and perhaps more generous, in comparison to the power the other instruments demanded.

I did not get a very good look at the percussion set and Andre Thibault, the percussionist, but it’s likely a series of instruments that have some commonality to the Western drum set. However, percussion sounds do function fairly differently within Chinese music than western ones.

I lived in China until I was ten years old, so traditional Chinese music was my lullaby. Having spent the last nine years in Canada, without intentionally seeking out Chinese music, that part of my culture has eluded me, and this performance felt like an unexpected deep dive, grasping for threads that I may or may not remember.

“An Yue Yan,” a piece composed for the Tang (600-800 AD) court before musicians and dancers officially appear before the ruler, was one such thread. The tone, the chords and the phrasing of music was so distinct that it took almost no time for me to picture myself in a Tang Court with the aristocrats, drinking tea beneath the white pear tree blossoms. If I was born in that time period, chances are I’d be swimming in poverty, semi-instability, and farm and family duties, but I can’t help but romanticize the past[maybe change the end of this sentence to “but I can’t help but romanticize the past’]. By extension, I gave into the mental image of myself as a literate poet, rich in time and interest, being entertained by artists.

Another memorable piece is “Hundred Birds and Phoenix,” endearingly known to the audience as “the bird one.” The suona is featured, and it took the audience through the transformation of a tranquil forest into a cacophonous one. They mentioned that it is difficult to produce the sonic effects on the suona — not to mention that it requires a mastery of the instrument — but hot damn, the mastery shown by Zhong Xi Wu is so complete, I could literally hear the hundred different birds gathering for the phoenix. The birds not only sang, but they also croaked and cried, cawed and squeaked. There is an intense, ridiculous hilarity during this musical experience that made the audience chuckle uncontrollably.

To end their set, Qiu Xia He and Thibault came around to the front of the stage, each equipped with a handheld brass drum. They introduced the song, “Feng Yang Flower Drum Song,” as stories performed on the streets, in markets and villages, and through the generations. “A song about lovers,” Qui Xia said with a wink, nodding to Thibault, “This lover.”

The versatility of this ensemble was demonstrated, with the last hour containing pieces of melancholic, graceful introspection under the moonlight as well as songs that emulated boisterous horse races. This piece is a true celebration of community and connections. The “lovers,” danced, drummed and sang to each other, trading verses in both English and Mandarin, bantering about big and small things that eluded me. There was some joke about small feet that probably made more sense to older Chinese ladies. Regardless, I’m so grateful to have witnessed the brilliant and extraordinarily fun energy in the air.

There were many brilliant pieces from many localities, and the nuances are not so easily described in this article. You have to hear them for yourself to appreciate the artistry and atmosphere.

Showing up to this performance, I wasn’t expecting to make this strong link to my childhood. I questioned why I had neglected this part of me for so long – Chinese music is pretty darn cool. Perhaps we could get into some serious introspection on identity and culture some other time, but for now, I am simply going to entrench the sounds of a hundred bewailing birds in my mind and retrieve it whenever I need a good laugh.

Wednesday Noon Hours is a year-long series of musical performances organized by the UBC School of Music. Check them out at the Chan Centre on Wednesdays at noon!