Twelve days of completely secular yuletide: Adam Sandler’s “Hanukkah Song” is one of the only good things he's ever done 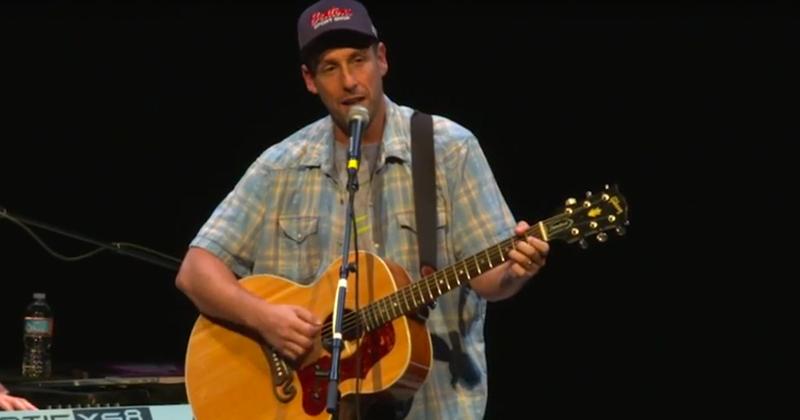 To get your exam-riddled brains full of the holiday spirit, The Ubyssey is prescribing a healthy, 12-day course of ridiculous music reviews. Enjoy, you poor souls!

Christmas season isn’t always the greatest time of year when you’re the Jewish kid. Oh, it isn’t because of the whole presents thing anymore. In case you guys didn’t realize it by now, we get eight days of presents. It isn’t the tree either — plenty of Jewish families will now put up a Hanukkah bush in their living rooms (whatever that is, I’m still not too sure).

The real problem is that Jewish kids never really had holiday songs to fall back on. By holiday songs, I mean celebrity songs. At this point, Micheal Bublé, Frank Sinatra and even David fucking Hasselhoff have made Christmas songs or albums. The fact that Barbara Streisand also made one back in the 90s is a weird turn of events, but that’s a story for another time.

But then, a fateful night in 1994 saw this all change when everyone’s least favorite comedian Adam Sandler released the first part of the “The Hanukkah Song.” Finally, every Jewish kid had the anthem they longed for, full of inside Jewish jokes including everything from getting drunk off Manischewitz wine with your bubby, to getting a bite to eat at the Carnegie deli.

The best part of Sandler’s acoustic masterpiece, which is also the part that takes up just about 80 per cent of the whole thing, is when he lists off all the different famous people — from sports, music, movies and more — who all light the menorah come December. This includes Bruce Springsteen, whom Adam Sandler’s mother thinks is Jewish.

In the original 1994 version, Sandler mentions the likes of David Lee Roth of Van Halen, James Caan, Kirk Douglas, Hollywood’s favorite nobody Paulie Shore, and the duo of Spock and Kirk as all Jewish. William Shatner actually grew up in my neighborhood in Montreal which has at least 15 synagogues in it.

In music, Sandler points to Joey Ramone, Lou Reed, Geddy Lee, Paula Abdul and many more. There might be a whole set of genres for Christian rock or gospel, but it looks like Judaism has the supergroup for the ages. In the TV world, Sandler points to Ross and Phoebe from Friends and the Fonz from Happy Days. In other words, if your childhood occurred anytime between 1974 to 2004, it was more Jewish then you think!

In newer versions of the song, Sandler will mention the likes of Vancouver’s favorite stoner Seth Rogen, heartthrob Jake Gyllenhaal, connoisseur of starting from the bottom Drizzy Drake and Scarlett Johansson (need I mention more at this point?)

So kids, just remember to put on your yarmulke ’cause it's time for Hanukkah and it's so much funnakah to celebrate Hanukkah. And if someone makes fun of you, remind them that you get eight times the presents and that the guys who own Google and Facebook are all Jewish, so we essentially control the world.