After dropping out of UBC, Nostalgix is going nowhere but up 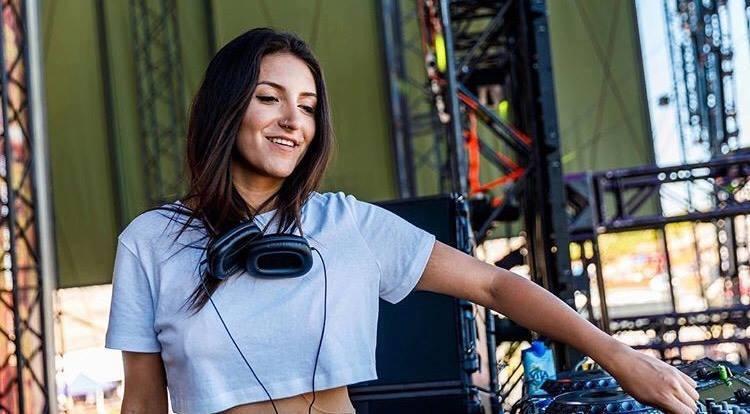 “Nostalgix is about bringing people back to their carefree self.” Courtesy of Nostalgix

A year ago, DJ Negar Hamidzadeh’s schedule was filled with lectures and assignments. Now, she is performing in shows and festivals all over Vancouver and the world while producing her own music.

In January 2017, Hamidzadeh played at the Tokyo First Warriors music festival under her stage name, Nostalgix. Along with two other members of Social Sound, a collective of DJs and producers, Hamidzadeh represented some of Vancouver’s best new DJing talent and shared the stage with artists like Tiesto and Marshmello when she opened at Paradiso Festival in June 2017.

Hamidzadeh started DJing as a member of the UBC EDM Club and quickly established her own style and artistic ideals, despite the overwhelming competition in the EDM industry.

“My whole branding is about fun,” she said. “Nostalgix is about bringing people back to their carefree self.”

Growing up, Hamidzadeh never seemed to be destined for a life in music. One of her aspirations was to be a drummer, but drum sets were too expensive to afford.

“I always loved music from a young age,” she said “but I just never thought I was good at anything to try to pursue it.”

During her grade 12 year, Hamidzadeh decided to do something completely new and risky. Taking chunks of money out of her own savings, she began hosting massive, underage parties at Gorg-o-mish and Encore Nightclubs. The ventures were expensive, but it all paid off — every one of those nights were sold-out.

It was at these parties that Hamidzadeh first began playing music for a live audience — but in the most rudimentary way.

Only in her first year at UBC did Hamidzadeh learn about EDM and DJing, through both the UBC EDM Club and learning by herself. Soon, when she least expected it, an opportunity came. The DJ at the Pit Pub was sick so Luc Briedé-Cooper, the current president of the UBC EDM Club, called Hamidzadeh an hour before the show to see if she could sub in. It was an instant yes.

“I was already out, so I ran to my dorm room [and] grabbed my controllers,” she said.

That first year of DJing wasn’t always easy, though. When Hamidzadeh asked one of the managers of Twisted Productions if she could play for a Halloween show, she was turned down because her mix wasn’t good enough.

“For two months, I just kept teaching myself and learning more,” she said.

Her music improved and eventually, Twisted Productions did book Hamidzadeh. The show unleashed a stream of gigs that she never expected, including ones with the AMS, Party Well, the Calendar, the Pit and other student parties. But Hamidzadeh often felt unprepared during that first year of DJing.

“The fact that I kept getting booked for more shows … was really stressful because I didn’t exactly know what I was doing,” she said. “I had to keep teaching myself so I didn’t embarrass myself.”

After months of practicing in her dorm room, Hamidzadeh found her own musical style, a diverse voice that encompasses genres like trap, drum and bass, dubstep and bass house. For some listeners, Hamidzadeh’s music is a trip down the memory lane. One of her latest projects is a remix of the song “Sleepyhead” by Passion Pit, which was used in the announcement trailer for the PlayStation game Little Big Planet 2. She will also be releasing a bass house track that intertwines samples from the Nintendo game Super Smash Bros.

“I just want people at my shows to have a really good [time], let loose and dance,” she said.

Her musical diversity was one of the reasons Hamidzadeh eventually decided to take her sound beyond UBC, where a campus preference for pop restricted her repertoire and musical growth.

“I find that playing at UBC, you have to sacrifice a little bit,” she said. And eventually, Hamidzadeh’s horizons made her question whether to stay in school.

“It didn’t really make sense for me to be sitting in math class, when I could be using this time to produce or learn more about music,” she said. “I could coast through both [school and music], but I wasn’t going to be good at anything because I was just coasting along.”

The tipping point came near the end of the 2016/17 school year, when Hamidzadeh was in the midst of transferring into Sauder from film studies. Knowing her passion for music, one of her instructors asked her directly, “Why are you trying to get into business school if you want this? Why don’t you want to try out music first?”

Those words seemed to confirm a dream that Hamidzadeh already had — for the first time in her life, she could pursue a career in music.

Quitting school might have meant less studying and fewer lectures, but being a musician was still a grind. On top of a part-time job, Hamidzadeh would often spend most of the day producing music.

“I would just go sit in a Starbucks with my headphones, laptop and a coffee for eight hours, and block everything out,” she said.

But simply putting in the time doesn’t automatically make a DJ successful.

“It’s hard because there are so many people in the same field, and there [are] so many people that are more talented than you,” she said. “It really comes down to a mindset and if you want [it].”

Like any female DJ, Hamidzadeh has also been forced to grapple with the industry’s sexism.

“Being a female DJ, if you’re onstage and you mess up one transition, everyone looks at you, and thinks, ‘you’re a girl, you can’t mix,’” she said. “That’s why I’m always on my A-game, so I don’t want to fuck up and others will be like ‘she’s just a girl, she can’t mix.’”

Despite these standards, Hamidzadeh would rather focus on the music than the gender differences. She believes that sometimes the attention is misplaced, like the practice of having specific shows designated for female DJs.

“I don’t think it makes sense to have a night just for female DJs, when it should be just about talent,” she said. “It’s about the music, and not about how pretty you are. It makes female DJs sound worse than guys, because they’re not just DJs — but ‘female DJs.’”

Hamidzadeh is already looking ahead and is hoping to perform in Miami. Getting some more formal training at institutes, such as the Nimbus School of Recording and Media, is also an option. But a return to school won’t be happening anytime soon.

“School’s always going to be there and I can always go back,” she said. “But if I have this passion, I’d rather chase that first.”