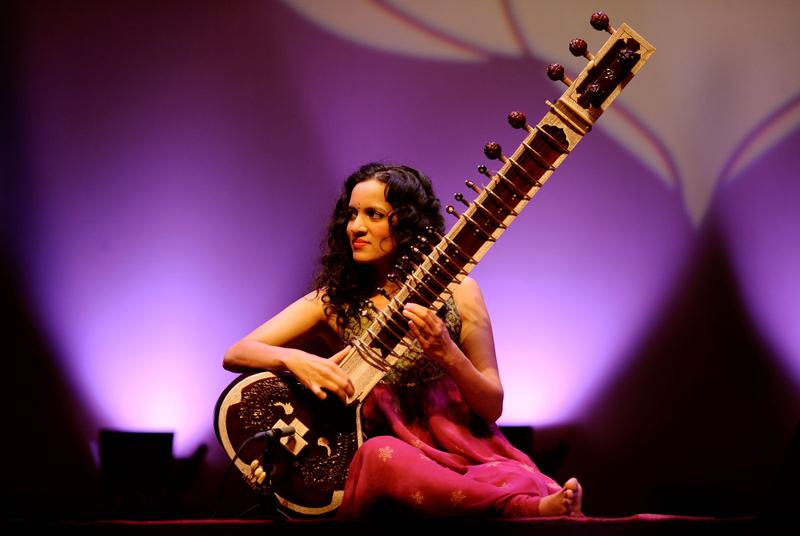 Shankar began playing the sitar after being introduced by her father. Photo courtesy Chan Centre

Anoushka Shankar, a five-time Grammy-nominated sitarist, is coming to UBC’s Chan Centre on April 8. Shankar will be performing her new album, Land of Gold, which was written to spread awareness about the current refugee crisis.

The album will be released on April 1 and features many artists and musicians, including M.I.A. Accompanying her Chan Centre performance will be renowned shenai (Indian reed) player Sanjeev Shankar, percussionist Manu Delago as well as bassist and pianist Tom Farmer.

In the album, Shankar performs music with various artists, singers and spoken word performers. An all-girls choir named Girls for Equality perform in one of her songs as well. With an interest in women’s rights and the role of women in society, Shankar chose female voices to sing songs about female dignity and issues.

Shankar was introduced to the sitar by her father, the well known Pandit Ravi Shankar. She performed her first professional concert when she was 13. Now, she creates music to help social issues.

“Anoushka started hearing about the refuge crisis when she was pregnant with her son,” said Wendy Atkinson, Chan Centre programming manager. “Stories about the crisis — like the little boy who was washed up on on the Turkish beach — really spoke to her. People fleeing their countries is where the title, Land of Gold, came from.”

The album is a response from Shankar about how hearing stories about the crisis made her feel.

“I think the album will help the refugee crisis by spreading awareness,” said Atkinson. “I think what we need is a lot more empathy. I think that’s certainly going to be something Anoushka’s album does — generating empathy for people who are pushed in such a desperate situation.”

Shankar is also known for playing the sitar in an atypical way.

“It’s a traditional instrument in India, but she has stretched beyond that by working with pop musicians and other genres,” said Atkinson.

Anoushka Shankar will be performing at the Chan Centre on April 8 at 8 p.m. Tickets are $15 with student ID.