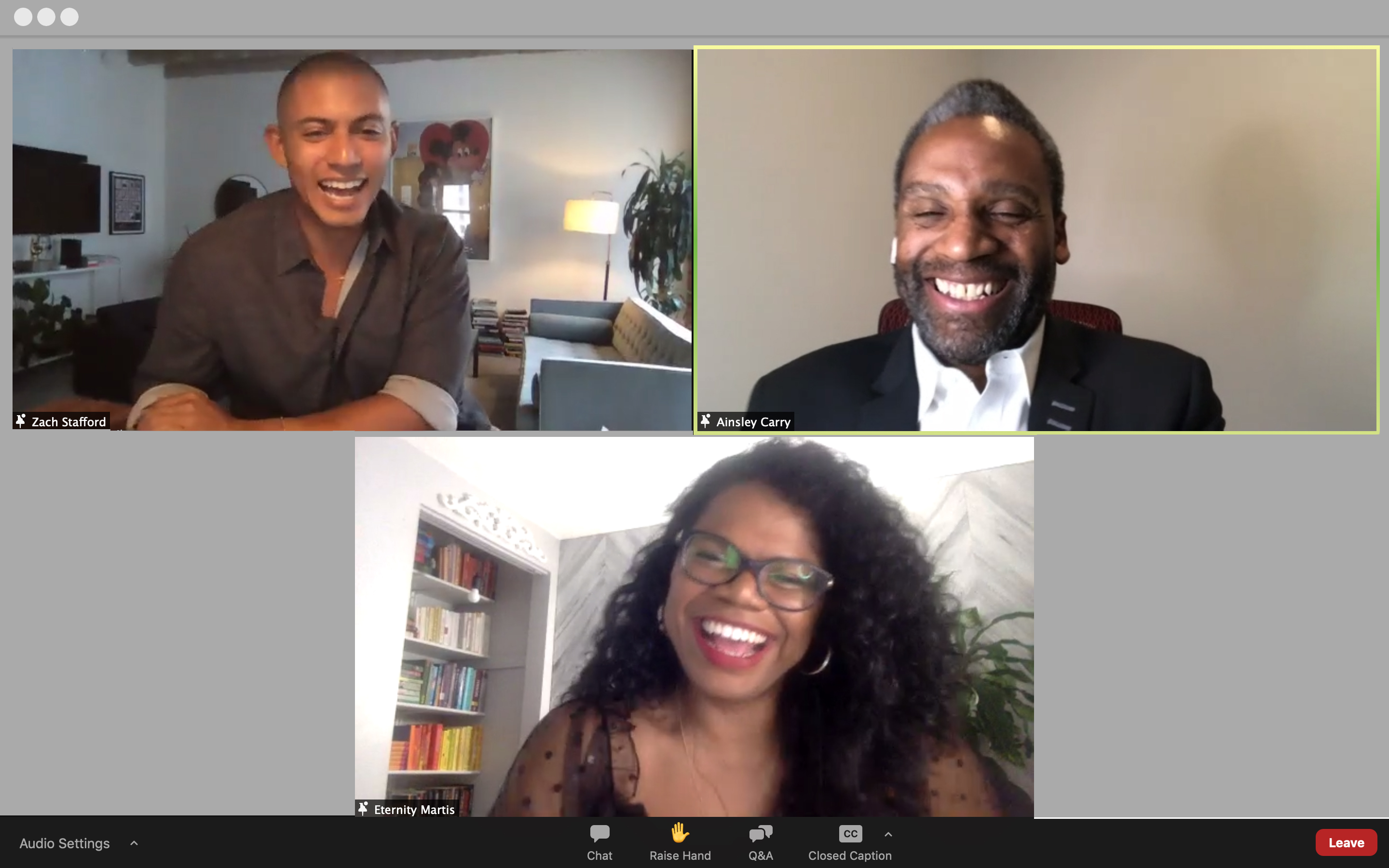 The event was hosted to highlight the “devastating history of racism and sexism at Canadian universities”. Jasmine Foong

Martis opened by addressing the experience of being a young Black woman on campus, not just in the classroom but in reference to sexual assault and interpersonal violence.

Content warning: This article contains subject matter regarding sexual assault that may be disturbing to some readers.

Over the summer, when the world felt a little too heavy to bear, I ordered Eternity Martis’ book, They Said This Would Be Fun, a memoir about her experiences as a Black woman on campus at Western University in the early 2010s.

I had seen ads on Facebook for the book several weeks leading up to its release, and its cover design featuring red solo cups, with a singular crinkled cup in the centre called out to me.

I assumed this was because in many ways I am the book’s exact target audience: a Black woman (check), enrolled in a Canadian university (double-check), a relatively too self-aware Gender Race Sexuality and Justice minor (triple-check).

But nothing could prepare me for the journey that I embarked on in the process of reading the book. While there were moments that made me laugh, other parts provoked an empty but familiar chasm in the pit of my stomach and some moments made want to (as Brené Brown often mentions) throw the book (hard) at the wall.

Never before have I read a book that made me feel so seen and comforted, and while some parts of the book felt like a sucker punch to my gut, by the end of the book, I felt Martis’ hand reach out through the page inviting me into the discussion.

So you can only imagine my pleasure when it was announced that Martis would be this year’s visiting Journalist in Residence and in addition she would be giving a talk hosted by the UBC Sexual Violence Prevention and Response Office (SVPRO) as part of their Sexual Assault Awareness Month (SAAM).

The event, What does it mean to be a student (and woman) of colour on a Canadian university campus today?, was hosted in collaboration with the Black Student Union (BSU) and was organized as a reading of Martis’ work followed by a panel discussion highlighting the “devastating history of racism and sexism at Canadian universities” and its relationship with rape culture.

The event started with remarks from Maia Wallace, co-president of the BSU, as well as from Alicia Oeser, the director of SVPRO, who called upon straight white women to be “responsive and proactive” in the work of anti-racism on campus.”

Martis opened by addressing the experience of being a young Black woman on campus —not just in the classroom but in reference to sexual assault and interpersonal violence.

Black women survivors often have to contend with both gender-based and race-based trauma. In instances of reporting violence, many have to also contend with expectations of being the perfect victim.

“Universities are one of the biggest perpetrators of institutional oppression … the cushion between a safe place and the real world in post-secondary education … has allowed racism and rape culture to remain unchecked,” she said, speaking from her living room.

Martis also spoke about other issues for Black students on campus, including the “disproportionate carding” of young Black and brown men as well as the mental and physical effects of enduring racism as a student.

She then went on to talk about how Black students are struggling as a result of physical distancing restrictions as a result COVID-19 in addition to the summer which saw worldwide protests for racial justice.

“Today’s Black students are not just coming to school with uncertainty, due to COVID-19, but also Black death,” she said, noting the grim impact of the coronavirus on Black Canadians.

Referencing what the university can to do help marginalized folks on campus, Martis noted that universities should help students who are doing “anti-racism work uncompensated.”

After her initial remarks, she read from her book, referencing systemic rape culture on campuses across Canada.

The excerpt also highlighted issues within UBC’s history, including a pro-rape chant that took place during a Sauder frosh event in 2013.

Oeser joined once again to introduce the panel for the event, which included Zach Stafford, host of the podcast Buzzfeed Daily and Ainsley Carry, vice president students and co-executive lead for anti-racism.

Stafford guided much of the discussion, discussing the process of writing with Martis, in addition to asking both Carry and Martis questions pertaining to the struggles of marginalized students on campus.

“[Students] always have a set of stories that sound exactly like what you described,” Carry said congratulating Martis on her work. “I notice students checking themselves [asking] ‘Is this just me?’ What you have produced is a collection of everybody’s stories.”

As the event continued into a question and answer period, Martis, Carry and Stafford discussed how the university can create a zero-tolerance policy for hate incidents. As well as creating an environment where the university can move beyond reactionary measures to incidents.

“Universities have not figured out how to implement zero tolerance,” said Carry. “There are strong advocates such as the BSU, SVPRO and the AMS… [but] this house is 100 years old, we are trying to come in and change things with our sticks and shovels when we need to dig in.”

The event concluded with a discussion about allyship. Martis once again mentioned the emotional labour students take on during their time at university and suggested that students who want to learn more about anti-racism should use Google.

“It is a wonderful tool,” she said.

Martis said that the term ‘allyship fatigue’ can be upsetting to Black students.

“You get to take a nap [but] this is our skin colour, it’s not just reading the books that are hit today… It’s showing up [to class] when there’s a module on race.”

Carry ended by addressing the notion of privilege, including the privileges he himself has as a Black man in his position as Vice President of UBC.