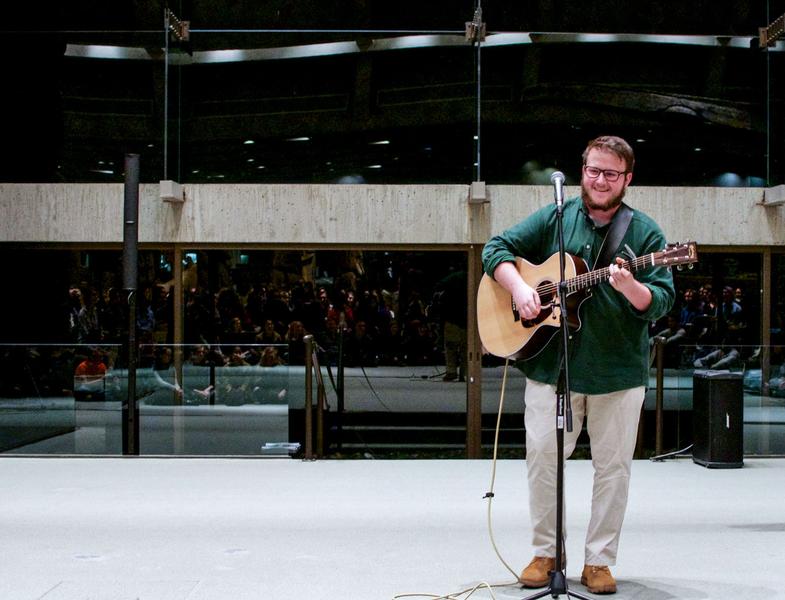 The evening was a resounding success.

On Wednesday night, The Calendar, in collaboration with UBC’s Arts and Culture District, hosted its first Arts and Culture night, an evening dedicated to celebrating student expression in its diversity. Performing for over 300 attendees were members of the Blank Vinyl Project, UBC Slam and UBC Improv. Held fittingly at the Museum of Anthropology, the acts provided a snapshot of student life as it stands in 2016.

Part of the The Calendar’s initiative was to bring to light the artistic talents of some of UBC’s smaller clubs as well as to the unique spaces on campus. Hosting the event at the MOA allowed students to discover a campus venue they otherwise might not have known about or had the chance to visit.

The audience was seated in MOA’s Great Hall, an airy, modern space serving to highlight the mid-19th century art of the Northwest Coast’s First People. The beautiful room was inspiring for performers and audience members alike – a rousing backdrop for the evening exploring student culture.

Beginning the night were performances by artists from BVP, the space lending unique acoustic qualities to the music and lengthening the notes sung in chorus by the audience. Following this were performances by UBC Slam, with readings spanning the subjects of mental health awareness (motivated by the coinciding Bell Let’s Talk Day), to gender identity and sexuality.

Acts by UBC Improv had people laughing at outrageously inventive scenarios, as to be expected. Taking cues from the audience, the actors seamlessly navigated scenes about centaurs and “fjord-viewing fjords.” Another memorable cue was themed around a Czechoslovakian substitute professor in a student’s European medieval history class.

Students also had the opportunity to tour one of MOA’s current exhibitions before the show, a collection ethereal work focused on Taiwanese traditional and religious values in modern society. The exhibit is open until April 3.

Exposing students to a spectrum of perspectives and experiences, the night served to broaden our understanding of the modern individual and to play our parts in building a collective cultural identity. 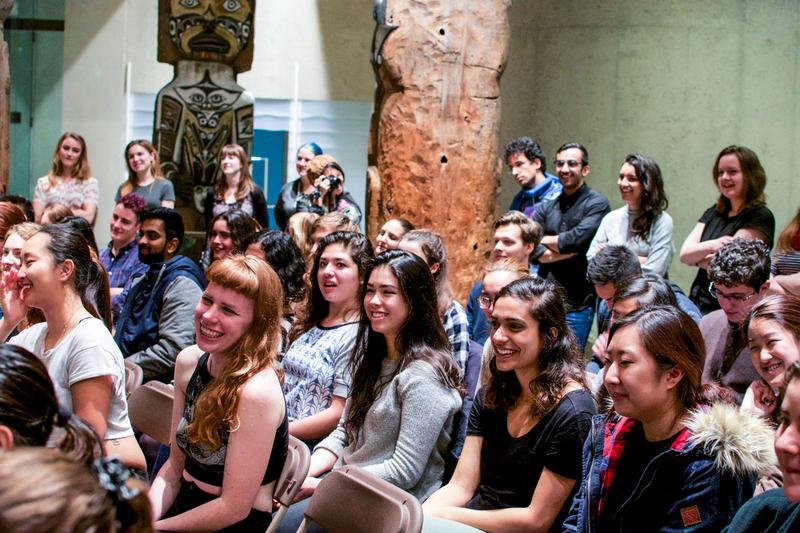