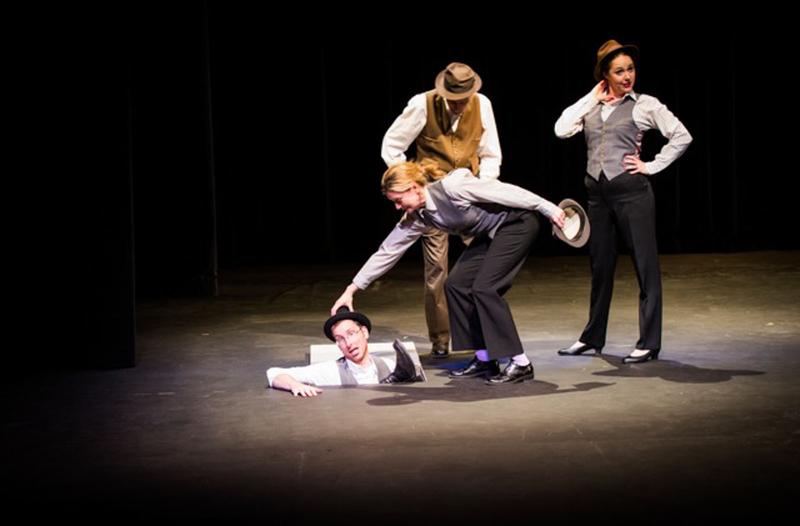 The play is a compilation of Samuel Beckett's short plays.

There are few things chamber music and cooking have in common. It turns out one of those is the work of playwright Samuel Beckett.

From November 18-21, the Theatre Alumni Group and Professor Emeritus Norman Young will be producing Beckett 15, an amalgamation of the shorter works of Samuel Beckett and works of Dr. Young.

Director as well as assistant dean of facilities and human resources in the Faculty of Arts, Gerald Vanderwoude explained that chamber music and cooking have many layers and many ingredients – just like a Beckett’s plays. Like these, Beckett’s plays are delicate and fragile. Explaining why Beckett was the focus of this piece, Vanderwoude said, “I love Beckett. I think he is the most economical playwright. He really takes work, takes life experiences and boils it down to the very essence."

That idea of the essence of life is something fundamentally important to Beckett’s pieces. Writing in the wake of World War II, his absurdist theatre is some of the most influential in the world. Comparing him to Shakespeare, Vanderwoude explains the story of Beckett 15.

The project was the brainchild of Peter Loeffler, whose Memorial Award proceeds will go towards. In 1998, Loeffler came up with the idea on a whim over tea and biscuits with Vanderwoude to create a production centred on the plays of Samuel Beckett. Inspired by Arthur Miller’s famous quote that he was "full" after having seen one of Beckett’s 13 minute plays, Rockaby, performed, Vanderwoude decided the production would be focused on Beckett’s shorts. So Beckett 15 was born.

In these ways, Beckett draws his audience in, causing them to think hard about everything from the essence of life to its purpose and its end.

However, for those who are not familiar with Beckett, going into a production of his work could be intimidating. After all, there is nothing in the world quite like absurdist theatre and anyone’s first experience with it is thought provoking and memorable. Vanderwoude, however, is not worried about his audience.

The plays are fragile things — quiet and still. Vanderwoude said a cell phone going off in the production would be like an express train riding through it. The audience must be prepared to be challenged, but will always be entertained. The thoughtfulness of the piece lasts far longer in the mind than the physical performance does. Leaving an audience shocked and confused, Beckett 15 is the type of performance that stays with you.

“It’s all about communication and our desperate desire as people to reach out to people and to touch them ... yet at the same time, that practical reality that you can’t," he said. "You can only know yourself. As Beckett would say, 'We die alone.' There’s hope in that as well as great despair and great comedy.”

Beckett 15 will be a production that opens minds. Whether the audience goes into the production intending to be changed or not, it is likely that they will look at the sky, the trees, the leaves on the ground and the rain, seeing something different as they walk out of the theatre — something symbolic. They will see the world in a different and Beckettian light.