Bottom of the Queue: Rubber 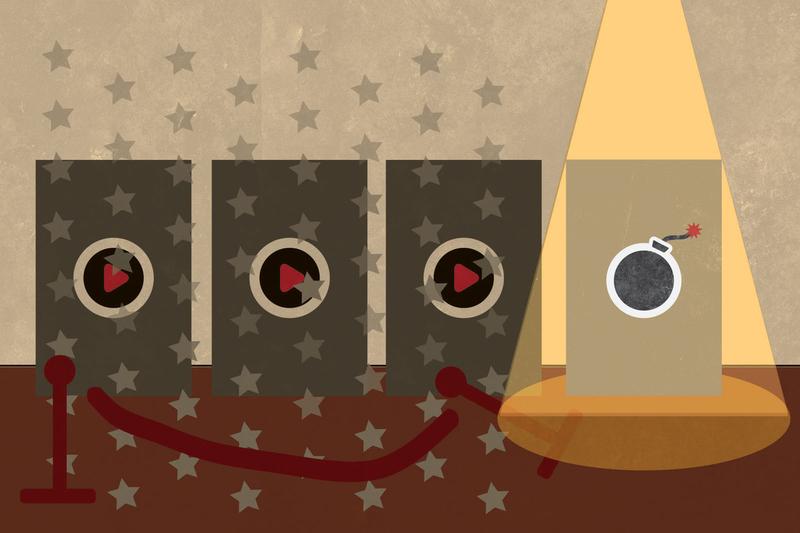 Rubber is a film about a tyre on the road to self-discovery. Graphic Ming Wong / The Ubyssey

Rubber (2010) is a surprising film. And not because of its incredibly bizarre plot, which involves a telekinetic tire that kills people. It’s surprising because it actually works -- sort of. The film, from director Quentin Dupieux, tells the charming tale of Robert (the previously mentioned tire), as he embarks on a soul-searching journey of self-discovery while a group of self-aware spectators observe his blood-soaked rampage from afar. Confused? Don’t worry, we were too.

While on the whole the film can be painfully aware of its own self-indulgence, there are a few moments where this awareness hits well and is actually pretty funny. You have to applaud a film that can make you feel something for a tire.

The spectating audience provides the backbone for the self-reflexivity of the film, intermittently chiming in and commenting on the incoherent plot. And boy, is it incoherent. The tire has it out for anything that has a pulse (and the occasional beer bottle). As to why? Your guess is as good as ours, but that's not to say that the film doesn't have its high points. Some pleasing cinematography and some even more pleasing head-exploding bring pleasure to an otherwise painful film. The score isn’t bad either, only fading in when it needs to.

One stand out moment of the film is the opening monologue that pays homage to “no reason.” While some will argue that this is a cheap way to excuse the garbled plot, it acts as a warning to viewers. This is a weird film.

The bottom line: Rubber has got some eye-catching cinematography, some very satisfying gore and a cool minimal score. Is that enough to make up for an incredibly convoluted plot? We’ll let you decide.