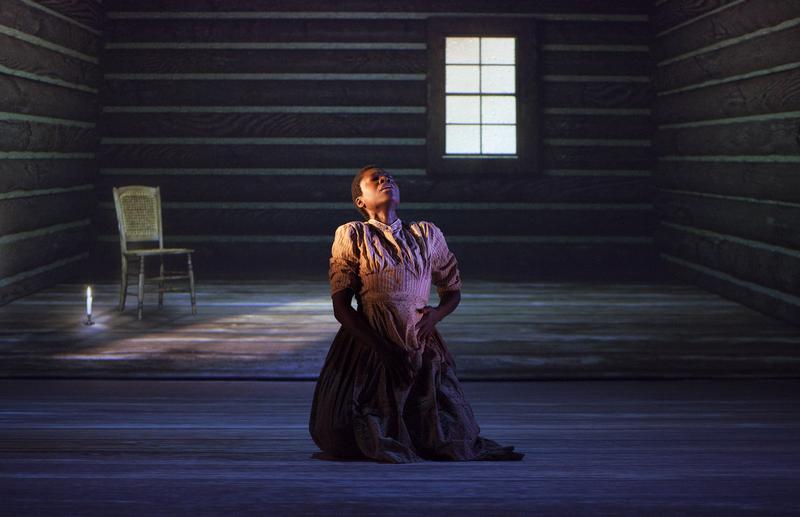 As celebrities and the media condemn the lack of diversity in this year’s Oscar nominees, much positive discussion has been brought forth regarding the spectacular contributions people of colour have brought to the arts this last year.

With this in mind, it is fitting that The Ubyssey profile Neema Bickersteth, a UBC music grad, and her production Century Song, which chronicles Canada’s black female history. Being performed at the PuSh Festival from February 2-6, Bickersteth hopes her off-beat production will “fit right in.”

Using her voice, body, visuals and classical music to move through the decades of the 20th century, Bickersteth presents a wordless performance of the history of one of Canada’s many important minorities.

This is the key to the uniqueness of Century Song — there are no words. The production relies on the many other ways of expressing emotion.

“It was definitely a challenge to smash all these different art forms together and have them make sense,” said Bickersteth. However, the lack of words is critical to the success of the piece. Bickersteth described the initial struggle in first approaching choreographer Kate Alton with music.

“We had trouble connecting to it as a choreographer because there were words. There was already something being told and it wasn’t inspiring,” she said.

“It turned out to be totally amazing because she had complete freedom as a choreographer," said Bickersteth. "We could say what we felt rather than what somebody else said."

Despite the time frame of the piece being a hundred years, Bickersteth feels that the women in it, each living in their own time period in different parts of Canada, are all one woman — herself.

Neema asked the question as to whom she would have been in these times. As a black Canadian woman from Alberta, she described how a few of the women’s lives take place there because it is her home, saying it was “sort of my true black Canadian female history.”

Despite the differences in their lives, the story of these women is one. “I see it as one person going through a hundred years in order to find herself,” Bickersteth said, summarizing how the lives of these women fit together.

While she acknowledges the importance of her time at UBC and the amazing experience she gained from it, she gave potent words of wisdom regarding something we all worry about here at UBC — what we will do when we leave.

“In the world, it’s never just one thing — it’s everything at once. We just piece it together and that makes us who we are," she said.

In Century Song Bickersteth pieces together decades of female black history through chronicling the lives of women from Vancouver, to Edmonton and Montreal to create the story of one woman.