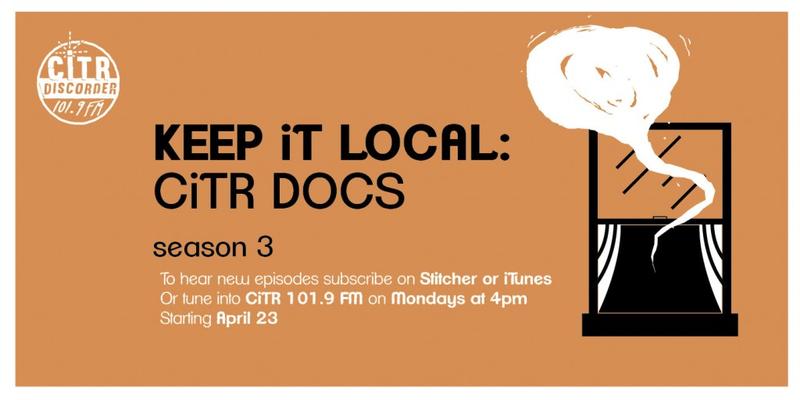 CiTR Docs kicked off its third annual season on April 23. This year, the audio documentary series from UBC’s student radio station, CiTR, is releasing a set of 10 episodes that examine current affairs within the Lower Mainland from alternative perspectives.

Some topics include a look into Vancouver drug laws, seasonal workers in Whistler, youth organizers in Chinatown, evicted tenants around the Metrotown Skytrain Station, UBC’s nascent sexual assault policy and a refugee detention centre located under Vancouver Public Library. You can find a full list of all the episodes here.

Alex de Boer, CiTR’s current affairs coordinator, explained that the show’s focus on uncommon perspectives means that the documentaries will examine their topics from outlooks that are generally not found in mainstream media sources.

“Say someone is creating a documentary on the housing crisis,” she said. “That’s a big topic, lots of outlets are covering that. But [we would be] looking at it from the perspective of maybe a demographic of people being affected who aren’t highlighted always in CBC or Global or other mainstream news outlets.”

She noted that this focus also aligns with CiTR’s goal of spotlighting under-represented voices and non-mainstream content.

In CiTR Docs’s first season in 2016, the documentaries were mandated to pull from the station’s archival tapes as a tribute to UBC’s 100th anniversary.

“There was more of a historical focus there,” said de Boer. “That really limited what we could do.”

For their second season, the show’s focus was “community,” which de Boer said gave a lot more leeway for documentarians to explore their interests. She also expressed confidence in this year’s theme as well.

“This year, the whole department is focused on local current affairs, which I think has been a really good thing, especially in light of all the hurdles journalism as a whole is facing — especially local journalism.”

This season’s first five episodes are available now through iTunes, Stitcher and CiTR’s own website. Future episodes will be released every weekday until May 4. They will also be airing on CiTR’s radio station, 101.9, every Monday from 4 to 5 p.m.