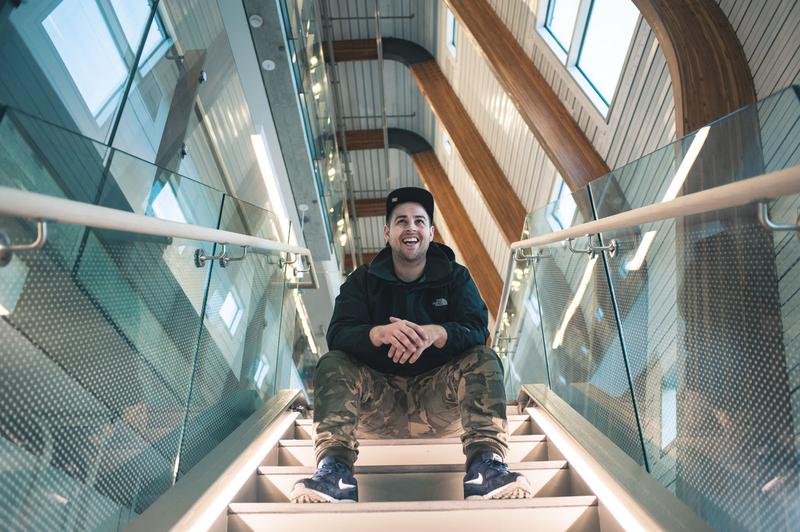 To many UBC students, Manny Schneider may be a familiar face. Having spent the past three years bartending at two campus watering holes – The Gallery and Koerner’s Pub – Schneider has become very much involved with the UBC community. Beyond bartending, however, Schneider spends his time writing and recording hip-hop music under the artist name Cogeta.

Schneider’s interest in music developed at a relatively young age and was heavily influenced by his international upbringing. Before moving to Vancouver, Schneider had lived in Switzerland, Germany and the United Kingdom.

“For the first 14 years of my life, I grew up in Basel, Switzerland,” said Schneider. “I moved to Swansea, United Kingdom. I had a buddy there that brought me to a local youth centre that happened to have a recording studio in the attic and that’s where I got my start recording and writing. After that, the craft just stuck with me — I started to develop my music from there.”

Although Schneider currently raps in English, he was first exposed to and influenced by European hip-hop.

“I was into the German hip-hop scene for a long time before I even spoke English – I started with that,” said Schneider. “Even in Germany, I always liked English music. Naturally, when I moved to English speaking territory, my music changed to English.”

“Right now I’m signed with their management team. They get me shows and basically organize my life,” said Schneider. “I just had the release party for my single at Fortune on October 3. That was my first big release on iTunes, Spotify and all the other channels.”

Nevertheless, Schneider credits the UBC community as an important starting point in his career. Schneider has played several shows for The Calendar and is set to perform at this weekend’s Generocksity event. According to Schnedier, however, UBC sometimes feels like a self-contained bubble that is hard to break out of.

“It’s definitely a good starting point, though,” said Schneider. “Playing shows in front of a college crowd is never a bad experience.”

Through his bartending work and involvement with the UBC music scene, Schneider has gotten to know a lot of people on campus. Like most UBC students, Schneider is saddened by the extinction of The Gallery.

“It was time to go for The Gallery, but I’m super surprised that they didn’t bring it over to the new SUB. It was one of the most loved businesses in the old SUB,” said Schneider.

With the release of his first single, Schneider is really trying to promote his music and gain some publicity. “We’re sending it out to labels, to A & R representatives of some major companies. Hopefully that’ll get us to the next stage of my career,” said Schneider.

Check out Cogeta’s music at www.cogeta.com or on iTunes and Spotify.