Book Review: Our Story: Coming Out in the Time of HIV and AIDS 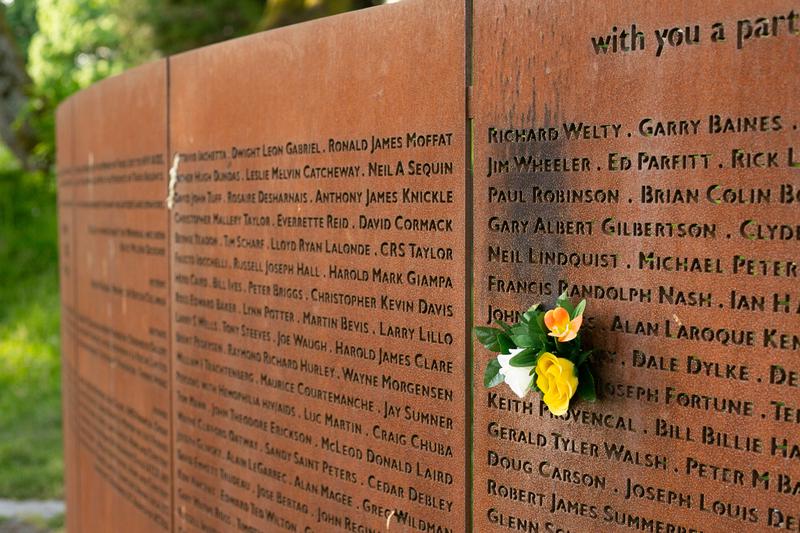 Know. Your. History. This phrase is what motivated me to learn more about queer history and pick up this memoir. My knowledge of the AIDS crisis had been reduced to “silence = death” and the understanding that many people died. I had never learned about someone’s personal experience living through it and how it impacted their life.

Our Story: Coming Out in the Time of HIV and AIDS follows author Robert Hamilton from the late seventies to the early 2000s as a gay man. The author’s experiences reveal the constant state of grief that the 2SLGBTQIA+ community lived through during the eighties and nineties.

This book centres around his friends who were impacted by HIV and AIDS. The story particularly focuses on his late friend Joe. In the summer of 1982, Hamilton and Joe moved to Vancouver together. They first met in Edmonton the year before when Joe was involved in the drag community. Joe tested HIV positive in 1987. Yet, Joe’s HIV status did not have a negative impact on the ways in which Hamilton loved and supported him. The author moved in with Joe to care for him in the last 2 weeks of his life.

Moments of optimism and hope are highlighted through the introduction of new treatments and laughter. The sentiment of “we laugh so we don’t cry” is portrayed beautifully in this memoir. The love that Hamilton’s chosen family has for one another leaps off the pages. The narrative around those who were HIV positive is written in such a compassionate manner, as he makes sure not to reduce those who were diagnosed to their diagnosis. At the same time, it was eye-opening and upsetting to read about the way in which gay people were treated by the health care system and the obstacles they faced to access medication.

In these heartbreaking moments, there were times when I would close the book to process and grieve the loss of those who died from AIDS. But in those moments, I was met with the sound of referees blowing whistles and sports commentary.

I read most of this book with the Super Bowl in the background, one of the most, if not the most, cishet days of the year. It was jarring to switch between reading about another person close to the author testing positive for HIV and the crowds of Raymond James Stadium cheering on Tom Brady.

Tom Brady has become something of an icon, the culmination of a culture who idolizes straight, white men. As a young, queer woman, it can be suffocating to exist in a world that invests billions in a single football game but would not acknowledge the existence of a disease until thousands had already died.

Borne out of his personal journal entries, Our Story: Coming out in the time of HIV and AIDS, focuses on the friends who became Hamilton’s family. He has previously written gay stage plays and poems, but this is his first memoir. Most of his other work does not mention HIV or AIDS at all. For instance, the stage play BOYFISH is about a character named Ben helping his friend Harry sort through his commitment issues. A poem of Hamilton’s, No Sweet Joy, describes the pain of losing someone to AIDS. His other works also touch on identity, sex and relationships which relates to themes within this book.

Hamilton's writing style immerses the reader in his friend group in a way that compels them to quickly invest in their stories. Rather than having chapters, each section has a subheading with the month and year. This method allows the reader to clearly follow the timeline of events and show how those around the author had changed due to AIDS. Hamilton’s use of prose shapes the narrative of his experiences for readers to understand from an outside perspective. This memoir is difficult to put down, but readers should prepare themselves for learning the dark reality of AIDS in the eighties and nineties.

I took an extended break from the book for the Super Bowl halftime show. Watching The Weeknd run around the stadium in his red jacket as dancers in the same outfit surrounded him was disorienting. I felt overwhelmed. Trapped. It was impossible to read Hamilton’s memoir in the face of America’s most important day (aside from Independence Day).

I waited until the game was over to finish reading. Without the background noise of clashing helmets, I was able to lean into the love that the author and his circle of friends showed one another during that time.

Knowing your history is understanding that through the hard times there is a warmth that surrounds and connects your community.