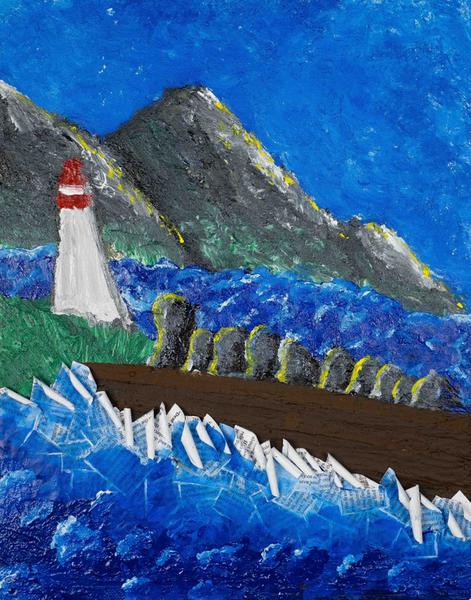 Since Canada Day on July 1, over 7,000 migrants have claimed asylum in Quebec alone — many of them Haitians who fear their status of “temporary protection” in the US will soon come to an end.

But while Canada often appears as an open door to migrants seeking refuge, the reality is a rigorous, unscrupulous immigration system that carefully chooses who can come to Canada.

Following the election of US President Donald Trump, fears about the new administration’s tough stance on immigration have caused many refugees to flee across the border into Canada, triggering mixed reactions across the country. Supporters remind us that Canada is an open country, founded on the basis of immigration. But opponents, such as La Meute and other far-right organizations, are advocating for a tougher border stance.

“[It is] something that loans itself to panic very easily,” said Professor Ante Ellermann, a UBC political science professor who specializes in immigration to liberal democracies. “We’ve seen that over the last 15 years or so when asylum seekers arrived on the B.C. coast,” she noted, referencing a 2009 human smuggling case in which 76 Tamil refugees landed on Vancouver Island.

“At the time of the Harper government, the line was ‘we’ve lost control of our borders.’”

Much of the hubbub around asylum seekers crossing the border is that they’re seen to be “jumping the queue.” But the reality is that most of these migrants are unlikely to make it into Canada – regardless of how they apply.

There are four categories of immigrants to Canada: family, economic, humanitarian, and “other.” If you don’t have immediate family — that means a spouse, common-law partner, or child — in Canada, that first category won’t fly. “Other” is a weird default category that is usually honorary. Unless you’re an honorary Canadian citizen — like the Dalai Lama, for example — you can skip along.

That leaves you two choices; economic or humanitarian.

Applying as an economic migrant to Canada is a bit like trying to get into a high-end club. Entry depends largely on your age, your socio-economic status, timing and the impression you make. More precisely, economic immigrants are evaluated on a “point” system, with a certain number of points gained for each skill or trait you have.

Si vous voulez déménager au Québec, il faut avoir un niveau de français acceptable. And if you can’t read that, forget about moving to Quebec — they have an independent immigration mandate with a special focus on French. Speaking both English and French is even more preferable.

So if you’re a 30-year-old chemical engineer with a job offer, a sizeable personal fortune, and are familiar with Canadian culture, entry is pretty much a sure thing. But most of us aren’t millionaire chemistry-loving wunderkind.

In fact, most UBC students would have little to no chance of being admitted.

A team of Ubyssey volunteers took an online government assessment, giving real details about their finances and their level of education. Some even had completed degrees, and almost all of us indicated fluency in one or both official languages. On paper, we looked like ideal immigrants; young, educated, bilingual, and raring to come to Canada.

Not a single one of us was accepted.

That leaves just one category; humanitarian. This is the category that asylum seekers are applying to once they reach the border.

On the surface, your odds as a humanitarian applicant to Canada look pretty decent, with a 66.7 per cent acceptance rate. However, the vast majority of those accepted are sponsored refugees who go through intensive screening prior to arriving on Canadian soil.

“They’re really difficult to predict, they’re certainly not recruited, and unlike sponsored refugees, there’s a lot of control and security clearance that has to be done after they’ve entered the country.”

Ellermann explains that while Canada’s rhetoric towards immigration tends to be positive, political pressures means the Liberal government could be under pressure to clamp down on border crossers.

“Whenever people have the impression that the government doesn’t control the border, that really sows the seeds for popular backlash,” she said. “I think there’s a lot of caution ... especially from a Liberal government that is going to be attacked by the Conservatives for lax border control.”

A further complicating factor is where — and what — the refugees are fleeing from. The United States and Canada have a Safe Third Country agreement, which basically means that refugees hosted by one nation can’t claim asylum at the other.

Migrants could claim they are fleeing from the US, but that probably won’t fly.

“They have to prove they are refugees from the United States being persecuted by the US government,” said Ellermann. “And just because you’re being deported back doesn’t mean you’re being ‘persecuted’ per se.”

If Canada were to accept that the refugees were fleeing from the US itself, that would be tantamount to declaring the US a “dangerous state.” In other terms, that’d be a little bit like your roommate blocking off your half of the apartment and declaring it uninhabitable. It’d be extremely damaging for relations with the country’s closest ally — and it would make living together a real hassle.

Ellermann notes that refugees coming directly from a country where there’s a credible risk to a refugee’s life or safety (like Haiti) might have better chances. But overall, she emphasizes that few asylum seekers are permanently accepted.

“The odds of getting asylum are very small.”

Despite the challenges of being accepted to Canada, the country does accept a lot of immigrants relative to other Western democracies. The count for 2016 was around 300,000 — more per capita than the US and Australia. Around 20 per cent of our population is foreign born, compared to 14.9 per cent in Germany.

But the reality is that coming to Canada is harder than many people imagine. And despite all the hubbub at the border, the fact is that there is no “jumping the queue” in Canada’s immigration system. The way we evaluate our potential immigrants is meritocratic and methodical, meaning that it can take a lot of time and effort to be accepted into the country. Even for those seeking asylum, the decision to accept migrants into the country is a hodge-podge of legal, political, and bureaucratic hurdles. And while many asylum seekers might be worried about their status in the US, that alone won’t cut it to claim refugee status.

“There are realistic fears,” said Ellermann. “And just because those fears are realistic doesn’t mean you’re going to get refuge in Canada.”