Decade in review: Audain, Aquatics and ASC, oh my! 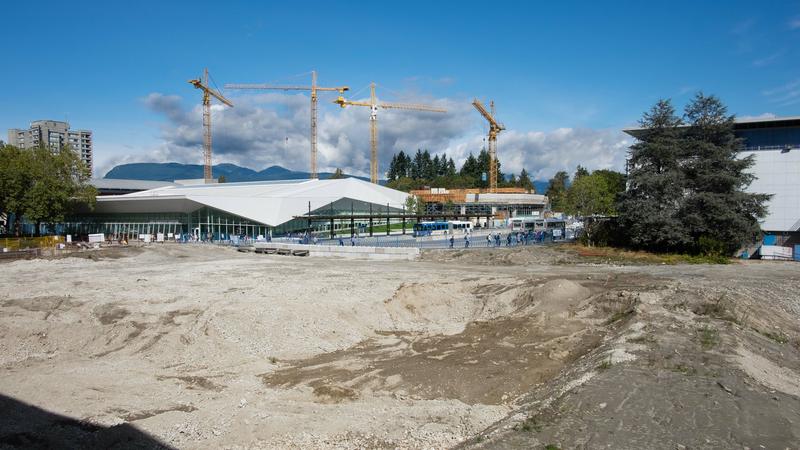 The construction of the new MacInnes Field File Patrick Gillin

Over the last decade, UBC’s geography has experienced radical changes unsurprising given campus’s ever-present construction. Some of the most impactful were the demolition of the old Aquatic Centre to make room for a new parkade and field, the new Audain Art Centre and a revamp of Main Mall.

The end of the 2010s marks almost a decade since Main Mall was revamped. With construction starting in 2011, the project aimed to turn what it described as the “spine of the campus” into a primarily pedestrian thoroughfare. Curbs and asphalt were removed to create space for the grassy lawns and diagonal walkways we know today.

Opened in 2013, the Audain Art Centre and Gallery serves as both a learning space for students in the Art History and Visual Art program and a public art gallery hosting exhibitions of their work. Funded largely by donors, the Audain Arts Centre takes it name from alum Michael Audain — BA’62, BSW’63, MSW’65 — who contributed a major donation during the initial fundraising process.

Situated on West Mall, the Audain Arts Centre is unmistakable with its brightly coloured decorative panels and floor-to-ceiling windows.

The space behind the Nest that the new MacInnes Field will occupy once housed the old Aquatic Centre, which was closed permanently and demolished in 2017, after serving UBC students for 39 years.

The construction of the new parkade began back in August 2018 behind the AMS Nest, after a year of online discourse and town hall meetings. The project generated controversy — the cost was seen by many students as ridiculous, and the disruption of the campus’s geography was seen as a ridiculous inconvenience combined with the construction of the new bus loop. In 2017, when the project was first announced, The Ubyssey published an opinion letter stating that the project was an unnecessary expense. The letter argued that its location was too focused on commercial activity on campus rather than the benefit of students. It also voiced concerned about the apparent lack of footpaths and bike lanes on the original plan. So far, the MacInnes Field project is still under construction with no official end date or opening in site. As of writing, Astroturf has been laid on the field, but construction continues on the parkade underneath.

As UBC grows in size and advances technologically, the face of our campus will continue to evolve. In the 2020s, we can — hopefully — expect the completion of the MacInnes Field Parkade, breaking ground on the new Arts Student Centre, and more residential buildings to accommodate our growing student body.