Decade in review: Stepping outside the [black] box 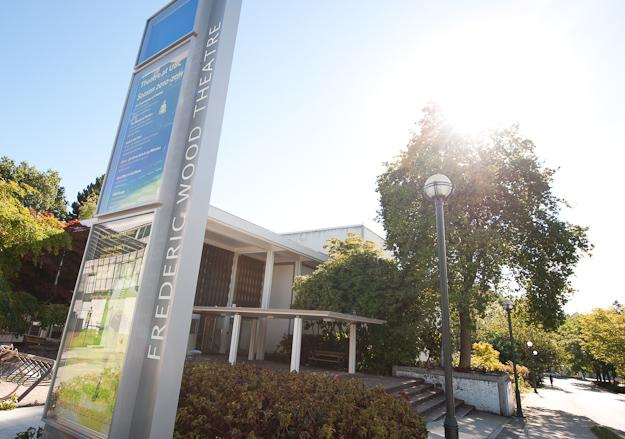 By happy coincidence, UBC Theatre began and ended its decade with a Lois Anderson-directed play. The first play of 2009, Medea, was a play of “conflict and grief” — much like Timothy Findley’s The Wars, adapted by Dennis Garnhum, which Anderson directed as the last production of 2019 and this decade.

After Medea was The Master Builder, which came to the Chan Centre as an “intriguing psychological play.” There seems to be a hint of a pattern forming here, with UBC Theatre putting on productions delving into the psychological background of, well, messed-up white men. The 2010 season ended with a two-night run of Odori: The World of Kabuki Dance, a refreshing step outside the Western world and into a different kind of stage for the Frederic Wood Theatre.

The background moved from Japan to France as the 2010 season opened with The Madwoman of Chaillot, a play that’s basically about a woman who wants to kill a bunch of people. In a step away from the norm, one of the main characters of the play was a deaf woman who participated in the conspiracy to murder. Later that year came Jade in the Coal in the world premiere for the “chimera of Cantonese opera and Western drama.” The Ubyssey's coverage memorably described the production by saying, “imagine a weak performance of The Phantom of the Opera with Mandarin subtitles and you’re halfway there.”

The Caucasian Chalk Circle probably won this decade with the most interesting name — both alliterative and a compilation of words that seem to have nothing to do with the plot. It might have also required the most commitment from its actors, with a three hour running time where no one could leave the stage.

Absurdity overran the Frederic Wood Theatre at the end of the 2014 season with Ubu Roi, and the attempt to recreate the “shocking and unique” atmosphere of the play by French absurdist Alfred Jarry. The set of “planned chaos,” which included a kitchen sink and four plastic flamingos, took the crew over 400 hours to create and perfect — indeed shocking, given that most UBC students I know can make a chaotic room in less than a day.

“Game of Thrones the musical” — also known as Triumph of Love — was UBC Theatre’s contribution to musical theatre for the 2010s. Despite comparisons to the historical drama TV show about murder and power, The Ubyssey described the play as “hilarious” and “tongue-in-cheek.”

To continue the musical trend, Love and Information was staged in 2017 as a story that involved “karaoke, discussions about dark matter, and arguments about the secret messages that are hidden in traffic lights.”

She Kills Monsters brought the Dungeons and Dragons world to the stage the following year in a production that included the use of puppetry for the first time. Then Lion in the Streets premiered, a story that tackled “Otherness” and domestic violence last year.

To cap off a decade that started off with fairly classic productions and slowly built up a repertoire of exciting firsts, UBC Theatre put on Timothy Findley’s The Wars in a return to a more traditional story. Time will tell if this production is more of a short break than an extended return to the traditional theatre stories and if we can expect to see more out-of-the-box productions in the next decade.