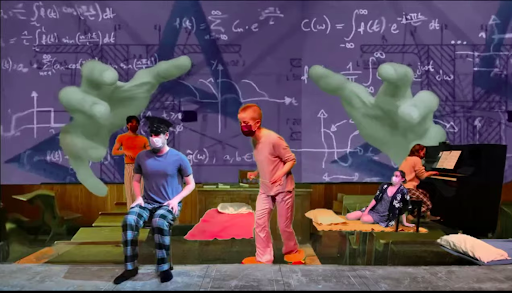 “Mixed-reality” technology may be here to stay and to evolve. Tova Gaster

You know that feeling when you lose touch with reality during a sociology Zoom lecture? Your professor rails against the iron cage of capitalism, or maybe against his ex-wife. Your classmates’ virtual backgrounds blur into one faceless nameless blob. Are you awake? Are you dreaming? Does it even matter when you have to go to work the next morning?

It’s a familiar sensation to most of us after a year of quarantine.

The play is a digital-age anticapitalist response to Swedish playwright August Strindberg’s 1907 “A Dream Play.” In this performance, Director Tom Scholte asks the question: “What might a theatre show look like during a pandemic and how might this influence productions in the future?”

Digital Dream Play is UBC Theatre’s answer: a trippy experiment that does not always succeed, but certainly blazes trails. 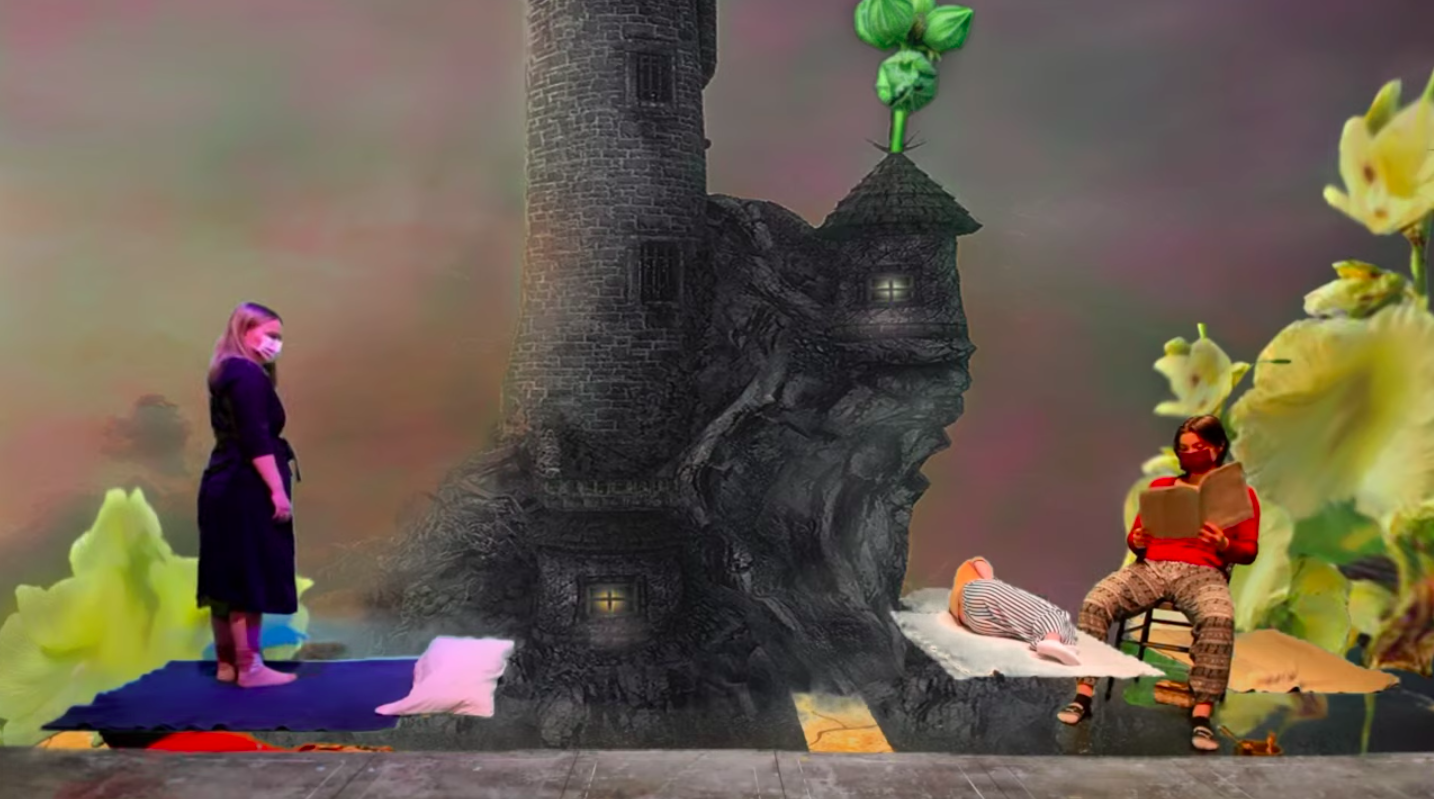 Agnes comes to earth to investigate whether the human condition is really as crappy as it seems. Tova Gaster

The basic premise of the original 1907 play, is that an innocent goddess, Agnes, comes to earth in a dream to investigate whether the human condition is really as crappy as it seems.

Spoiler alert: it is.

Through fluid nightmare sequences, Agnes discovers the struggles of the working class, the irrelevance of higher education and the bitterness of marriage (at the time of writing the play, Strindberg had just gone through a divorce).

In this year's version, against a virtual background of a scenic ocean, actors (dressed in pyjamas, and wearing demon masks) shoveled coal. What Agnes took to be an idyllic beachfront was in fact a hellscape for the workers who couldn’t afford to relax in the sun.

Even in our sleep, paradise is privatized.

As virtual theatre is still relatively new, Digital Dream Play was still ironing out the kinks. Although necessary, the masks often made lines difficult to hear clearly.

The production team quickly adapted open-source software to allow distanced actors to appear closer together on the stage.

It doesn’t quite look natural, but the benefit of a play set in a dream is that it doesn’t have to.

Walls of green screen on the Frederic Wood Stage brought UBC Theatre’s vision to the digital public via YouTube livestream.

The engaging virtual backgrounds, designed by Jane Li, set the scene for a surreal and deliberately disjointed journey.

Glitching in and out of focus, digital flowers bloomed out of the top of a medieval stone tower.

What did it mean? Do dreams have to mean things? Who knows! It looks cool and opens up possibilities for where virtual theatre could go.

Hopefully, by next year, the UBC theatre department will be able to perform live, in person. Regardless, “mixed-reality” technology may be here to stay and to evolve.

Scholte collaborated with Dr Patrick Pennefather of the UBC Emerging Media Lab, and the students of a new course called “Collaborative Prototyping.”

Their fusion of art and technology is an innovative experiment in blurring the lines between fantasy and reality, and between bodies in virtual space.

Although the play’s surrealist symbolism was dizzying, it ended with a direct but heartfelt message to the dreamers.

“The path of resistance is one of explosive creativity.”