The Vancouver Art Gallery tries to squeeze pieces into the theme of displacement, but not all fit 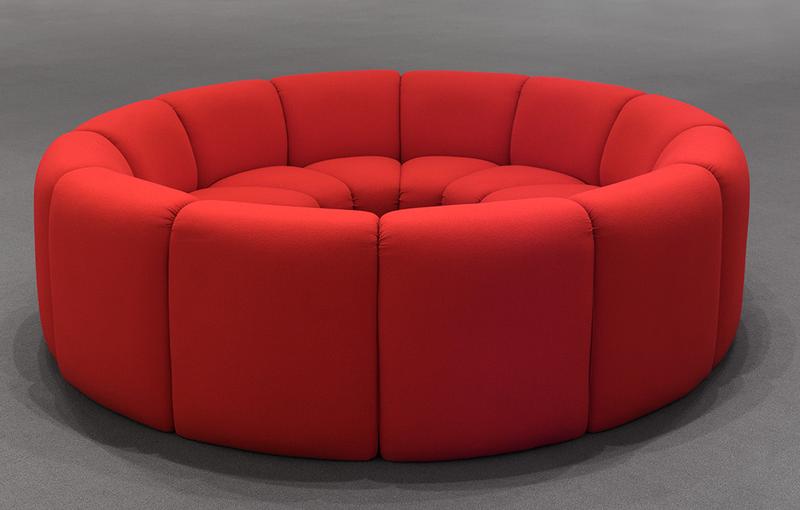 Art doesn’t exist in a vacuum — and for the pieces in Displacement, that means context is needed both in relation to the real-world as well as in relation to each other. Courtesy Vancouver Art Gallery

Displacement, arranged by Senior Curator Bruce Grenville at the Vancouver Art Gallery, is a collection of pieces disparate not only in medium and art form but also in approach and politics.

Art doesn’t exist in a vacuum — and for the pieces in Displacement, that means context is needed both in relation to the real-world as well as in relation to each other.

The pieces tend to have long captions that detail not only the materials and methods used by the artists but also the intentions and message they wanted to broach with viewers. They range from the lightly humorous Baby Blue Balls that references gender binaries to the lightly morbid crocheted installations by Aganetha Dyck that reference the dangers of mixing motherhood with being an artist.

Even Ken Lum’s Untitled (Red Circle), a red circular sofa that no one can sit on, and Luanne Martineau’s Dangler, the exploded body of a woman made of felt and hanging from the ceiling, are both confusing and thought-provoking.

This would have been a perfectly satisfactory exhibition experience if it had stopped there, but it didn’t.

Displacement, also featured pieces of painful memories of actual institutional displacement, such as Sonny Assu’s Leila’s Desk — a visual rendering of her memories of being harassed for her Indigeneity in public school.

An excerpt from Jayce Salloum’s mixed-media installation There was and there was not detailed the real experiences of forced displacement, war and the loss of Lebanon.

A piece that bookended the exhibition was the Haida-made Woman with labret mask, a gift from a private collector.

While all the other pieces were credited to named artists and made to be displayed as art, according to the written caption, the mask’s original purpose is ceremonial. As stated in the caption, the justification for its inclusion was to demonstrate displacement within the exhibition itself.

I do admit that putting together a variety of artworks that all engage with the meaning of a theme at different levels and contexts is a fascinating idea in theory. But when confronted with it in real life, my attention was stretched.

The more I think about it, the more it bothers me.

Not in the way that art is supposed to bother you, unsettling your ideas of the world and of yourself. Instead, my experience is of frustration at the way that large, settler institutions never stop taking from and belittling people from marginalized communities and of racialized identities.

Displacement will be shown at the Vancouver Art Gallery from March 9 to June 9, 2019.