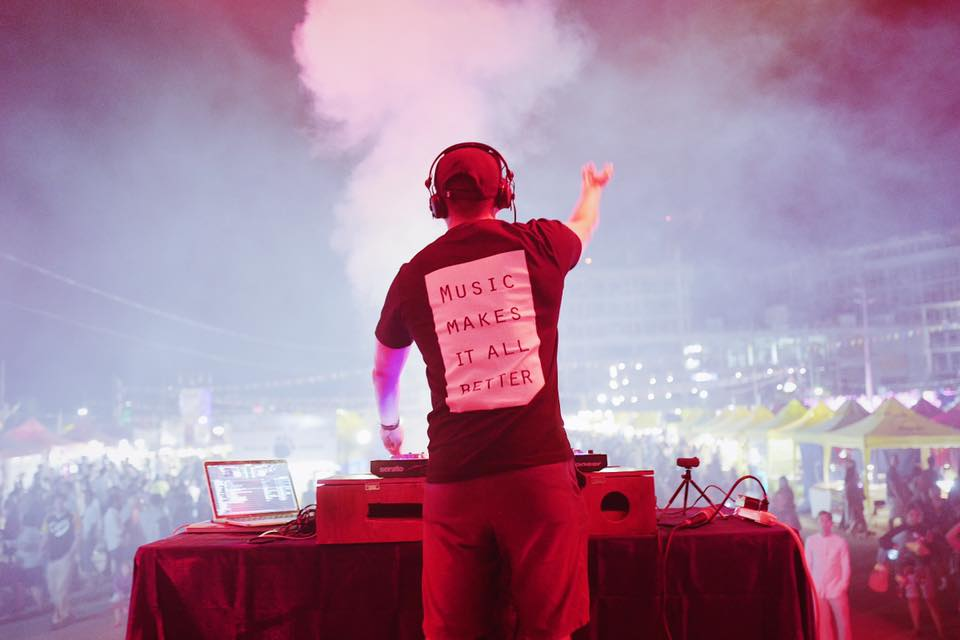 Being a good DJ is a difficult gig. Behind the hubbub and hype of a party, DJs have a great responsibility — to set the correct atmosphere and energy for the night. It is a constant balancing act between what is artistic and what is popular. You can play everything the crowd likes, but be an unoriginal playlist creator. You can also crank up the complexity, but make your set sound like a music appreciation course, alienating the crowd on the dance floor.

Many DJs here on campus are learning these lessons firsthand. A few of them shared their thoughts on how they maintain creativity and accessibility in their music. 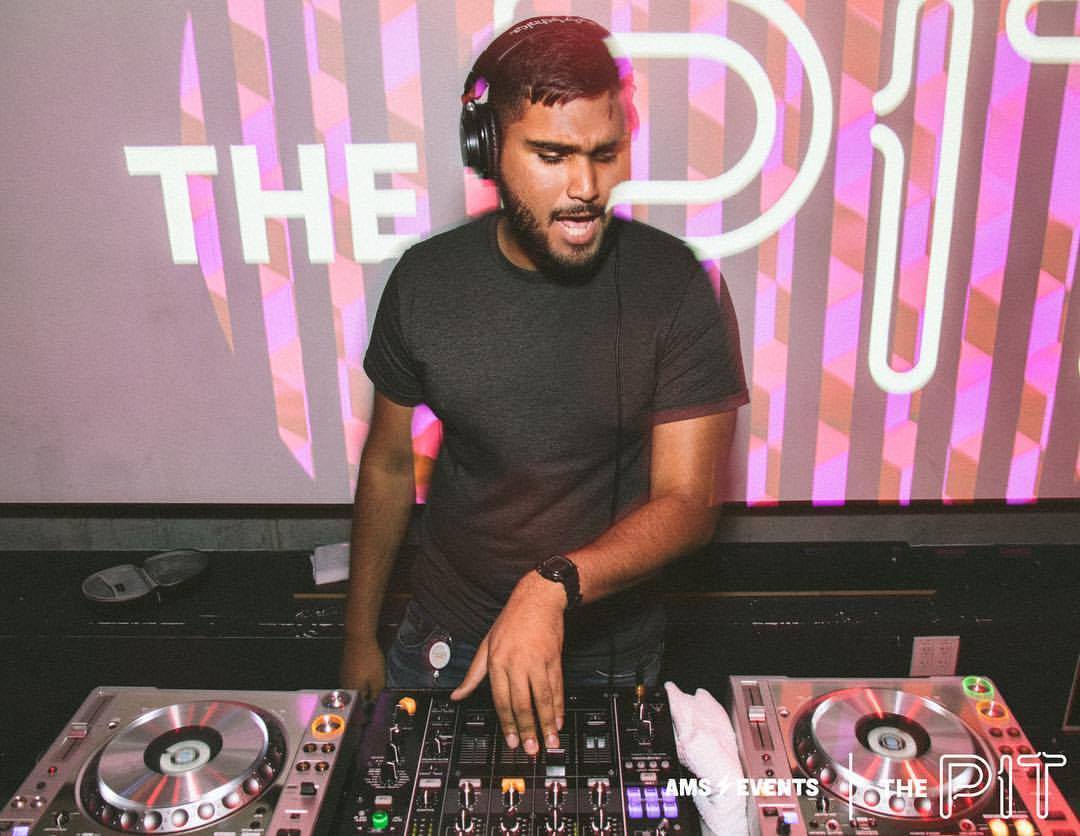 It’s been less than a year since Thilina Ratnayake started DJ’ing at UBC, but he’s already in high demand. A member of the UBC EDM Club, Ratnayake has played at Pit Nights, Koerner’s Pub and UBC EDM Club’s events — and found a way to make each room move.

“It’s like a titration for chemistry,” said Ratnayake. “You throw songs in there, and you gauge the crowd’s reaction.” The UBC crowd prefers the newest tunes, he observed.

Drake, mumble rap or EDM have been mainstays in his catalogue, music that has had more success in getting the crowd going. But finding the right music for the night can also take a bit of experimentation.

“Let’s say you throw in ‘Fergalicious,’ and they’re really vibing to it,” said Ratnayake, “then, you play some more late 2000’s or hip hop stuff. If they’re not vibing to it, then you try a different track. If you see that they like it, then you go in the direction of those songs.”

Ratnayake’s job is more than simply playing records. He must also watch the crowd and sense the mood of the party and be able to adapt to what the public wants. If Ratnayake had his choice, he’d play tracks with varied drum patterns and moombahton — a genre influenced by reggaeton, dancehall reggae and Dutch house. Nonetheless, the public is his first priority.

“When I’m playing a set, it’s really about what the audience wants to hear and how can I incorporate my own style into it,” he said.

At dire times, when the dance floor begins to thin, Ratnayake also has a repertoire of “emergency songs” to win back the crowd, including Usher’s “Yeah,” Nelly’s “Dilemma” and “Fergalicious.” 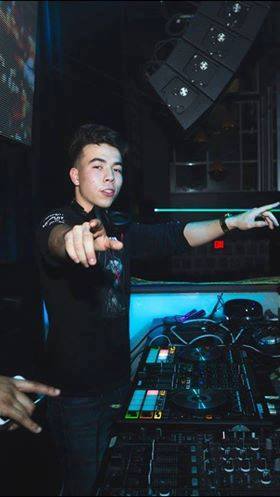 “I’ve got a little bit of the performer blood in me,” said Aiken. Courtesy Koji Aiken

Koji Aiken always knew he would be a performer. Before he was a DJ, he was a hip hop dancer, and his dad is a street performer and juggler.

“I’ve got a little bit of the performer blood in me,” said Aiken, a third-year kinesiology student. “A part of me is really addicted to that performer-audience exchange. I’m just hooked on making people happy, and dancing.”

Aiken first began DJ’ing in February 2017, when his friend Brent Mosher — a DJ going under the stage name DMO — suggested that he play at his department’s formal. It was nerve-wracking experience for the rookie DJ, with a few hiccups during the set. But fast-forward 11 months and Aiken is now a regular DJ at Koerner’s Pub — moonlighting at numerous nightclubs around Vancouver including Bar None, Republic and MIA.

The secret to his success isn’t playing music, but listening to it. He often immerses himself in different genres and styles for upcoming gigs, slowly but constantly expanding his musical library. This allows Aiken to follow and guide the mood of the night and the aesthetic of his set, instead of simply filling up airtime with an old set.

“The next step in DJing is molding the energy,” he explained. “In order to do that, you need to know the music you have in your library. Often, well-loved songs have the greatest success in electrifying the crowd.

“Pretty much any song where everyone knows the lyrics and can belt it out is huge.”

For Aiken, who got his first DJ deck only nine months ago, being the mastermind behind the party’s atmosphere is something that has surprised him.

“It just goes to show that if you’re really passionate about something, it can take you to crazy heights,” said Aiken. “I did not expect to be where I am right now at all. The magical thing about it is that the doors just keep opening.” 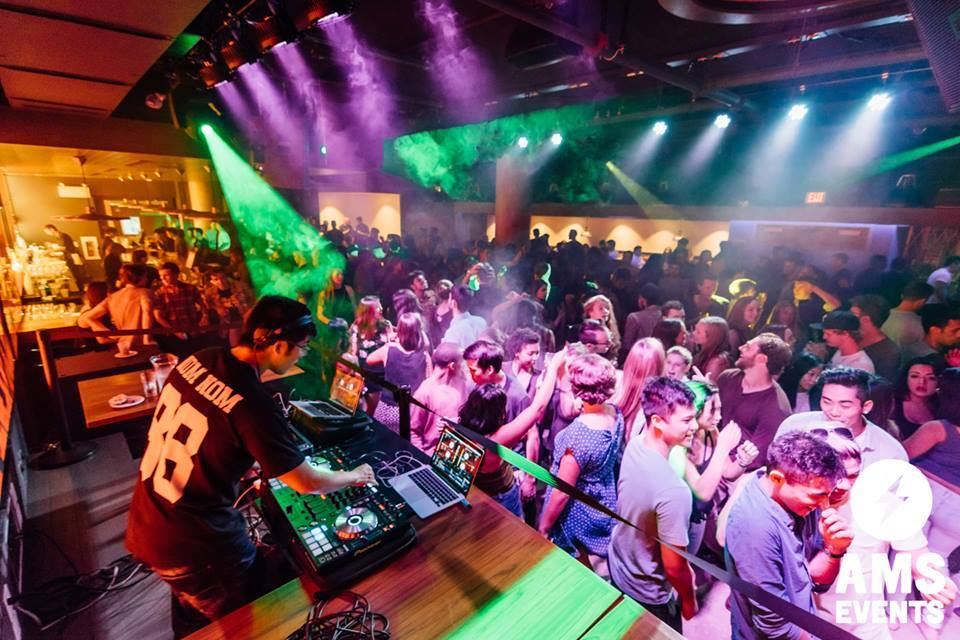 “I don’t think there is anything wrong with just ‘pressing play,’” said Chiu. Courtesy Bryan Chiu

Bryan Chiu has DJ’d at the hottest nightclubs in Vancouver, including Republic, Caprice, Venue and Celebrities. But lately, he’s been turning down gigs. By stepping away from the spotlight, Chiu hopes to deepen his own artistry instead of simply hitting the ‘play’ button.

“I don’t think there is anything wrong with just ‘pressing play,’” said Chiu. “But the reason why I distance myself from it isn’t any animosity or hatred towards it. It’s more so trying to figure out a way for me to not get bored. Also, if you can find the middle ground to both please the crowd and to take an original piece of work and make it your own, I think that’s really rewarding.”

These competitions incorporate turntablism, the area of DJ’ing in which the artist manipulates pre-existing records to create original music. With techniques like scratching, DJs can create entirely new sounds from existing records — a skill he said is under-appreciated.

“To the common person, they don’t see scratching as music,” said Chiu, a member of the UBC EDM Club. “They just think it’s noise. It’s very raw and guttural.”

Some of these innovative sounds and techniques can be heard in Chiu’s December Demo Mix. In addition to scratching, the DJ also showcases a little bit of wordplay, where he mixes the words of different tracks to create interesting effects. At one point in the mix, Chiu transitions from DJ Khaled’s “All I Do is Win” by mixing the line “all I do is” with the same line from “My Way (Fetty Wap ft. Drake).” Using the same line, Chiu creates a lively, slick transition between the two tracks, as well as a poignant musical dialogue between the artists.

One of the challenges of turntablism is finding songs that have space for the DJ to be inventive, but still sound good. Chiu said that the best tracks are those that aren’t too dense and can be more easily rearranged.

“If you can deconstruct the song and pull it apart, it gives you the freedom to put it together in a way you want to,” he said. “This makes it more like a performance than a jukebox.”