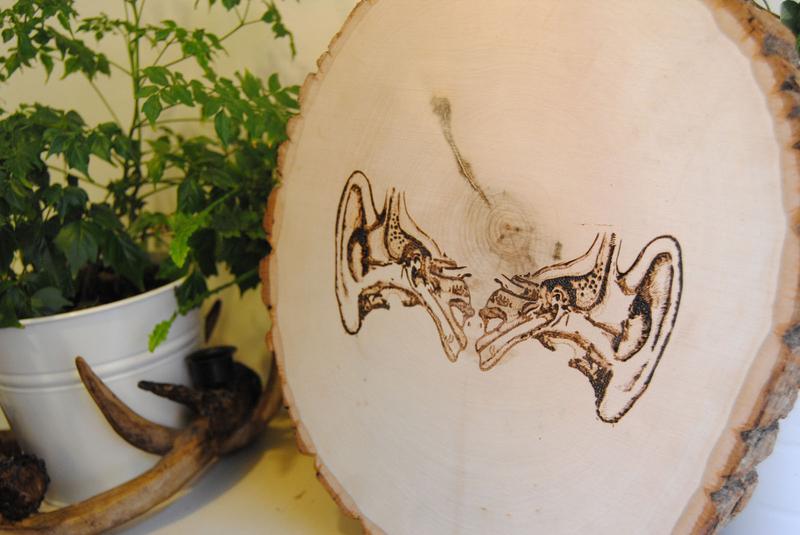 Over 400 artists opened their studio doors to the public for the 19th annual Eastside Culture Crawl. The event lasts four days and is hosted in 78 different buildings centralized between Main Street, Victoria Drive, 1st Avenue and the waterfront.

“There's a higher per capita of artists who both live and work in that area than in any other part of any Canadian city,” said Esther Rausenberg, one of the executive directors of the Eastside Culture Crawl Society.

The Crawl allows people to studio-hop throughout the weekend, giving the public access to a variety of artists and their works and practices.

“The Crawl showcases emerging to professional artists working in painting, sculpture, jewelry, ceramics, photography, mixed media, design, glass and furniture,” said Rausenberg. “The primary goal is to connect artists and the public. [We hope] to engage in a dialogue about the art-making process.”

Participating for the first time in the Culture Crawl this year is UBC kinesiology graduate Julie Van Oyen, who works under the name Burn & Yonder. Van Oyen’s studio is located in the massive art space MakerLabs, which is a facility where tools to create – table saws, laser cutters, sewing machines and 3D printers – are available to every artist who rents space in the building. Van Oyen works primarily in pyrography, also called wood burning, which is the process of making an image in wood with wood burning pens.

She began her pyrography practice when she participated in Hot Art Wet City’s 2014 Boobies and Wieners show.

“I remembered wood burning [from when I was little] and I was like, 'Oh my god I’m going to get a wood burning kit!' I basically came up with the subject matter — very detailed anatomical illustrations — pretty much right away."

Her choice of subject matter is directed by the medium: “I think things that are inspired by those old anatomical or botanical illustrations where they use pen and ink ... it’s a lot more satisfying to draw something like that drawn with hard lines,” she said. “It just seemed to make more sense to have natural subject matter on the wood or to go completely the other way and to have something weird on the wood like a pair of skeleton feet.”

“When I was little, if you asked me what I wanted to do when I grew up, I would have said, ‘An artist,’” she recalled. “But I grew up in a small town and there wasn’t really any viable options for artists.”

Van Oyen decided to pursue her second love, biology, in the kinesiology program. However, when she graduated, she found herself disenchanted with her career options.

“[I thought] why not try evening classes at Emily Carr? And I just loved them ... taking classes meant that I was creating finished work.”

This is what Culture Crawl is for — giving the public the ability to have open discussions with artists and talk about the often non-linear journeys that brought them to where they are today.