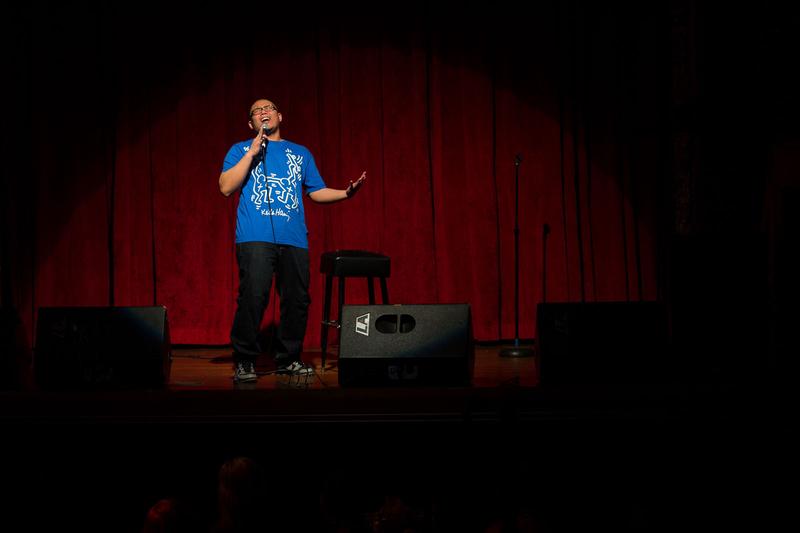 According to comedian Ed Hill, being a weirdo, from a family of weirdos, has made him an appealing confidant for weirdos.

“I have this aura where people talk to me for no reason at all,” Hill explains.

Hill, a Vancouverite comedian and a UBC alum in Psychology, has released a new comedy CD, The Weirdo Whisperer. The CD recalls encounters with strangers, describes his family and touches upon his anxieties about becoming a parent and the possibility of creating “a whole army of weirdos.” As the CD takes an introspective turn, Hill explains that it “ends with me trying to figure out who I am at this point, so it’s sort of like I’m whispering to others, but also myself.”

The fears of not being normal and of become a parent are relatable themes which Hill asserts as key elements of successful comedy in Vancouver and abroad.

“[Vancouver] has such a diverse audience, and it’s a tough audience. We don’t give it up unless it’s really good. Which is good [for a comedian], because you know if your material works, it works – there’s a sense of universality to it.”

Hill’s first CD, 100% Canasian, dealt with biculturalism as a Taiwanese-Canadian. “In the arts, you don’t see many Asian faces,” he acknowledges, “When you’re a performer, you become representative to your community, whether you want to or you don’t.” A prominent online presence and electronically available content allow Hill to connect widely with people from the Canasian community and beyond.

When asked if this is why he chose to make comedy CDs, Hill first addressed the practicality of making something tangible that he could give to fans. He added, “But I think the true reason, for me, is that it marks a time in my life, a timeline that marks ‘ok, this is my growth, this is who I am, as a person.’ So basically, I’m doing this for me. Forget the people.”

Hill created the CD independently, booking the Columbia City Theatre in Seattle, which is the first city that he says embraced him as a comedian. Booking a year in advance, he then organized promotion and distribution, designed his own cover art and even edited. The editing, he admits, could be trying. Like many musicians or actors, Hill detests listening to himself taped.

“I was like, this is so bad, why would anybody want to buy this? I think part of it is like clipping your nails. It falls off and you’re like, that’s dead. That’s a dead piece of me.”

While Hill may cringe at the sound of his own voice, an outside listener will enjoy humour that encompasses family, biculturalism, travel, iPhone apps, ghosts and the fear involved with growing up, topics that can certainly be appreciated by Vancouverites or any audience of fellow weirdos.

The Weirdo Whisperer launched on April 26th to order or download on kingedhill.com, iTunes, Amazon, as well as to stream through Spotify.