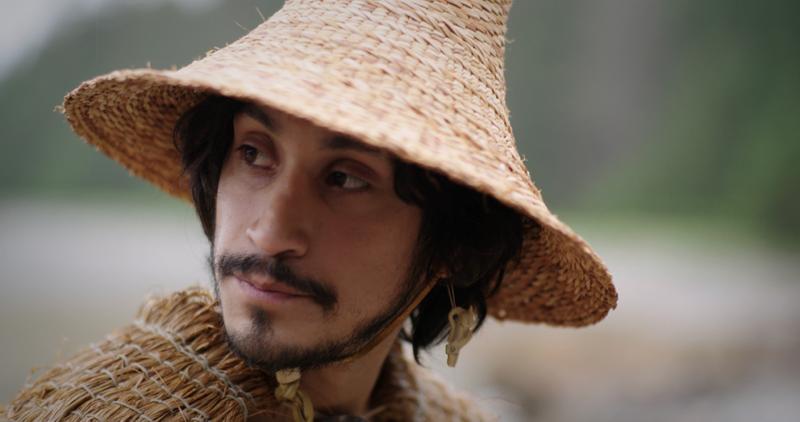 The film was destined to be a cultural and language teaching tool, so accuracy was essential. Achieving language accuracy for the non-fluent actors was an initial challenge. Courtesy Vancouver International Film Festival

“You need a community to make a film," says Dana Morae. Fortunately, “collaboration just comes naturally to [the Haida] community.”

Moraes is a Skidegate band council community planner and production manager on the film SGaawaay K'uuna, The Edge of the Knife, a feature film that tells the traditional Haida story of the Wildman. The film is celebrated for being the first feature film in the Haida language’s two dialects, as well as for having achieved the Haida’s community planning objectives.

The Haida language is endangered, with fewer than 20 fluent speakers remaining, almost all of them over the age of 70. “[A] challenge was that the youth didn’t seem to be interested in learning the language and so one of the reasons I suggested making the film [was to inspire] interest in the language. For youth, film, music and video are way more interesting than sitting in a classroom having language drilled into you,” Sandercock explained.

The community was further motivated to pursue the film as an act of resistance against the Enbridge pipeline, to celebrate the beauty of the land and to provide jobs and skills training on Haida Gwaii outside of extractive industries like fishing or logging.

The film was destined to be a cultural and language teaching tool, so accuracy was essential. Achieving language accuracy for the non-fluent actors was an initial challenge.

“There are 25 sounds in the Haida Language that we don’t have in English, and sounds that come from completely different muscles in the deep throat and in your cheeks,” says Sandercock. To prepare for this, the actors participated in a two week language boot camp, where “they sat one on one with fluent speakers who [were] hired to train the actors in the sounds of the Haida language. … They were hoarse after a week and they were really straining their throat muscles to learn these new sounds.”

However, the hard work proved rewarding, as the intense collaboration “created new bonds between the youth and the elders from being so close together, working together on the set during production,” Sandercock says. “People are starting to speak at home and [are bringing] the language into the domestic situation.”

Collaboration existed outside of language coaching as well. People on Haida Gwaii fed the cast, helped transport props and donated family heirlooms for the prop collections. If the goals of the film were to protect the land and water, revitalize the language and create a sustainable economy, the film achieved this and much more. Sandercock said that the filming even helped to strengthen spiritual bonds.

“Everyone felt the presence of the ancestors."