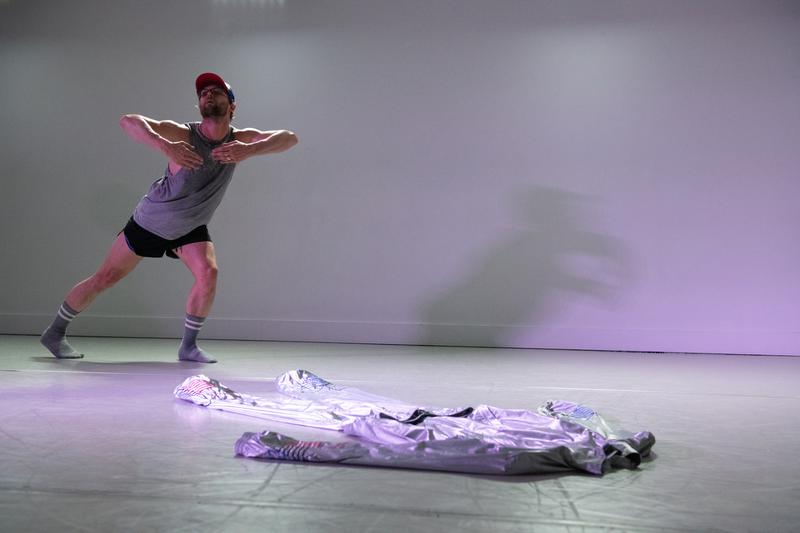 Last March, dance artist James Gnam was working on a solo performance that was far different from the one he performed on May 28, 2021.

His pre-pandemic project was concerned with “the possibility of the end of the world,” a topic that has followed him throughout his life. Whether it be his father’s worries during the Cold War or his children's curiosities about the climate crisis, for Gnam, the apocalypse has always been a pressing concern rather than an abstract idea. And then, just as he and his family were preparing to leave for Berlin for a residency, the World Health Organization declared a pandemic.

“All of a sudden, this piece that I was making, about talking to our children about the end of the world ... [it] felt like it had encroached upon my reality. [It had] moved from this theatrical construct to a thing that I was actually negotiating,” Gnam said.

With Berlin out of the question, and his kids home from school, James Gnam and Natalie LeFebvre Gnam, his partner and collaborator, put the solo on hold. By the time they resumed working on it in September, James realized that the Kaufmanesque existentialism of the piece no longer felt fitting. In the midst of such a dark period, Gnam decided his work ought to bring about light — and this blend of light and darkness is precisely what his latest solo, entre chien et loup, is all about.

Throughout the performance, Gnam oscillates between these two forms. The darkness of his previous solo certainly isn’t abandoned; heavy, foreboding synths and distorted lighting create an unmistakable sense of unease. Much of this heavy atmosphere was created by projections done by UBC alum Eric Chad. However, these tense moments dissolve into a comforting playfulness, in which Gnam embodies child-like wonder in the face of the unknown. It’s a contrast that encourages viewers to reevaluate their own relationship with uncertainty, and the possibilities that lie within it.

“It's easy to lean into and focus on the things [about the pandemic] that were really difficult. But at the same time, there's been so much joy ... That's something that I felt was really important to weave into the texture of the work, a sense of play, a sense of joy and a sense of feeling the present in a way that isn't necessarily always available to us,” Gnam said.

Entre chien et loup is a performance that manages to transform the mundanity of pandemic life into something unexpected. Even the clothing Gnam wears — a reflective silver tracksuit that is not easily forgotten — is an imaginative spin on what we’ve come to know as pandemic fashion. “We've all been living in jogging pants for the last eight months,” Gnam explained, “but I needed [the outfit] to be magical, fun and transformative.”

As we head towards a future where tracksuits are swapped for more formal attire, Gnam intends to build upon the ways in which the pandemic has changed creative spaces for the better. He and his partner are founders of plastic orchid factory and Left of Main — a nonprofit artistic society, and a hub for live performance, respectively — and Gnam is enthusiastic about the more sustainable and inclusive direction the arts seem to be heading in.

“One of the great things about the pandemic is [that] we've been able to understand that everybody's boundaries are different [and we’ve been able to] make space for everybody and [allow them] to articulate where their limits and capacities live. Comfortably navigating the differences between those things makes for an amazingly productive creative space,” Gnam said.