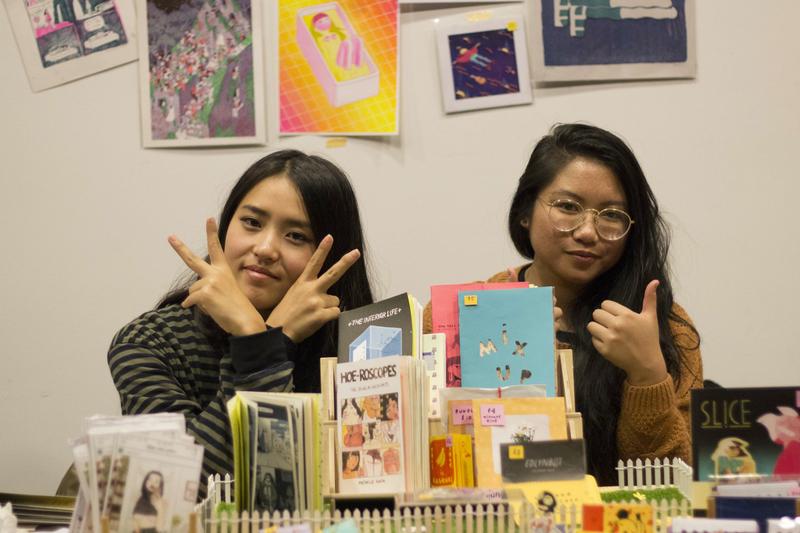 “Most of the people who have bought stuff are actually other vendors.” Sarah Pluys/Canzine Vancouver

The works of the speakers and vendors at Canzine — Vancouver’s Festival of Zines and Underground Culture — exist on a spectrum between things you might find on the shelf of Chapters to things so niche that the artists themselves may find it difficult to describe. From doodles of puppies, to hand-pressed calligraphy anthologies, to guides on incorporating painting into the occult, there was a something for everyone at Canzine.

“That’s why I love zine culture — there is no balance,” explained Isabelle Guns, a Canzine volunteer who has seen the Vancouver zine scene explode during her 30 years of involvement.

With this year being Canzine Vancouver’s biggest yet, featuring two panels and over 100 vendors, it’s hard not to believe her.

What classifies as being a part of the zine and underground culture community?

Jonathan Valelly, editor of Broken Pencil magazine and one of the co-organizers of the event, explained that there has been a “shift in the last 10 years towards illustration and more art-based zines rather than the classic cut and paste ones.”

Surveying the tables, there were plenty of vendors selling prints, posters, doodles and a whole lot of comics. While some comic vendors passed for classic zine-makers with hand-stapled and photocopied pen drawings on display, others were selling publications that could have sat in any mainstream bookstore.

One such vendor, Jeff Ellis of Cloudscape Comics, explained that the independent comics community still fits well into zine events, because “[they’re] still in that same spirit of self-publishing. We’re not beholden to any publisher or editorial whims outside of the ones within our own organization. Our work is a little more polished, but the spirit is the same.”

Comics seem to be one of the bigger niches within this hodge-podge of the city’s independent arts, but it’s only one of many. 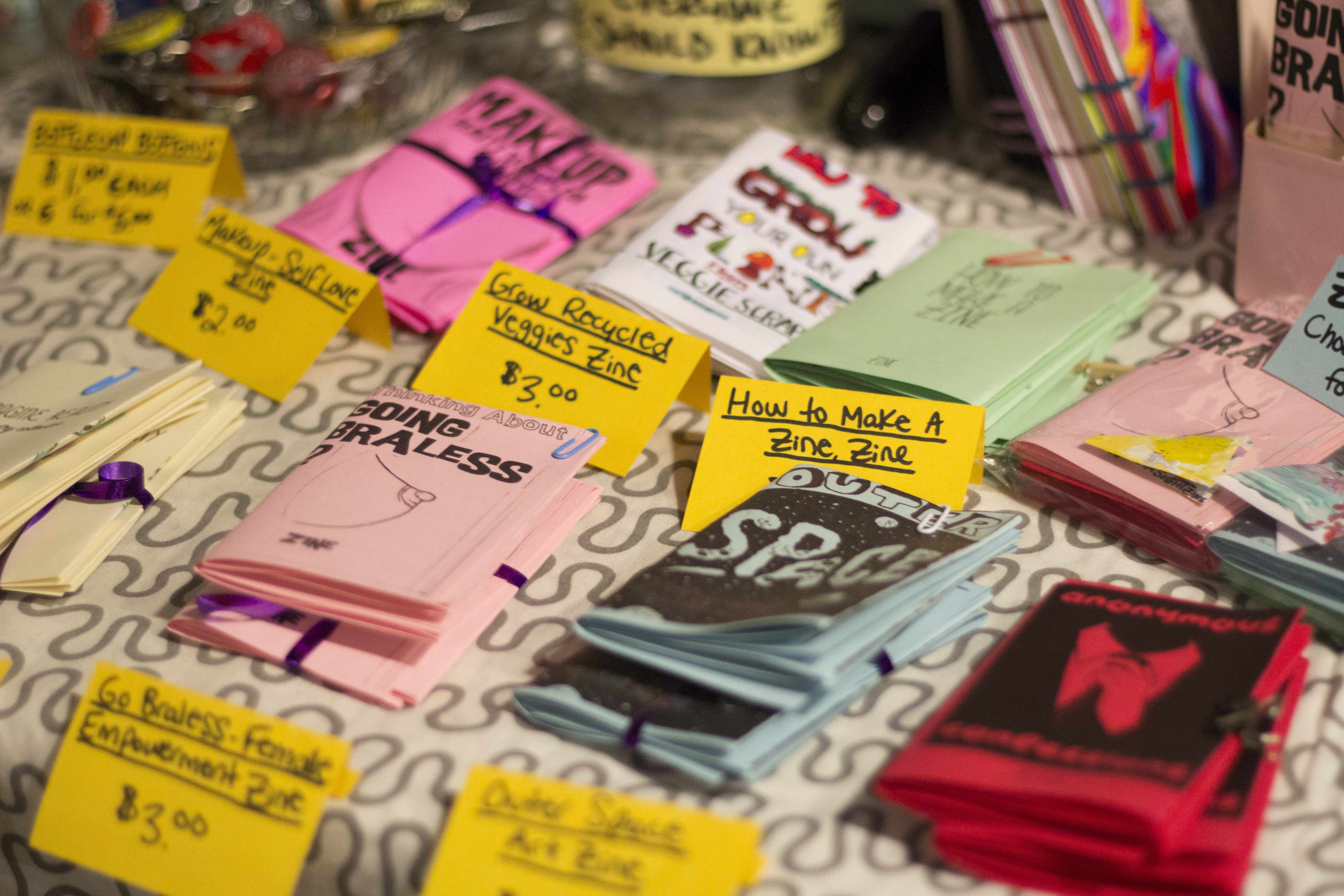 “There’s a lot of niches in the Vancouver zine-land,” explained Carmen Bright, a local artist. “There’s high-brow, low-brow, the crafty scene, the awesome tattooed arts scene, the pervy and the hilarious. It’s a big [domain] but there are pocket communities.”

This was largely attributed to the different artistic backgrounds that everyone comes from.

Canzine’s content unsurprisingly ranges as widely in subject matter as its art does in art style.

Whereas artists like Bright may focus their work on daily musings, others like zine publisher Dana Kearly explore relationships with chronic illness and horror films.

Panelist Caitlin French is a self-defined painter, writer and wildcrafting witch who speaks about the loss of fertility and her father figures through her work.

Guns wanted to write concert reviews because she didn’t like what she was reading in Rolling Stone.

“[My zine] is my experience, not the corporate experience,” she explained, “I don’t care that I’m a goth punk, I’m going to see Lionel Richie.”

All of the artists seemed to collectively agree that the overarching theme in zine culture is that there is no theme, other than a passion for expression through independent arts.

To an outsider, some of the work displayed on the tables may look pretentious. However, speaking to the artists makes it clear that everyone is just doing what they love. Sarah Walker, who produces cheap, fun comics had previously applied to other comic festivals and didn’t receive the support she had hoped for. Here, she said that Canzine “takes in and really supports everyone.”

“Everyone here is an artist who is buying art from other artists, which is awesome,” said Carli Boisjolie, a vendor. “Most of the people who have bought stuff are actually other vendors.”

This was apparent just by looking under most vendor tables, where you could see a small pile of zines, prints and comics that had been purchased throughout the day. While the people that strolled around the venue all looked like they had stepped out of different social circles, everyone seemed genuinely interested in each other’s work — punks in studded denim jackets chatted passionately with fine arts students in oversized sweaters along with the witches in floppy bonnets.

Valelly characterized this collective spirit as the fair’s ethos.

“I think my ideal zine fair is where … everyone is invested in a sort of do-it-yourself ethos, and in claiming a sort of autonomy of voice and autonomy of publishing. That’s the ethos that we want to preserve.”