What to see at Fan Expo Vancouver 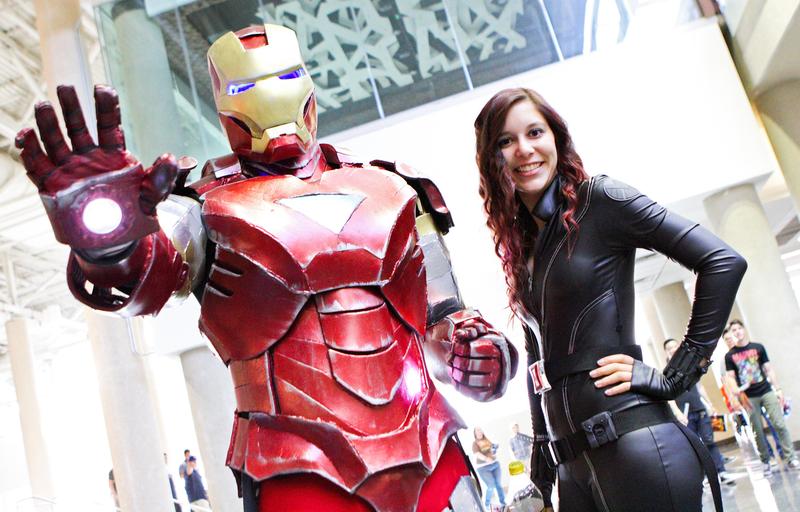 If Halloween's end left you still longing to dress up in your carefully prepared costume and go out like it's nobody's business, Fan Expo Vancouver might be just what you need. Taking up over 250,000 square-feet of the Vancouver Convention Centre East Building and featuring a slew of events, three days almost doesn't seem like enough time to see everything that the convention has to offer.

Carrie Fisher. Yes, Princes Leia herself will be gracing the convention centre on Saturday and Sunday. If you want her autograph, you'll have to pay the absurd fee of $80. Photo opportunities are a whopping $120. Probably better to risk getting beaten up by security and ambush her while she's going to the bathroom. Odds are the hospital bills will still be cheaper than the autograph.

Tom Felton is also taking a break from whatever he does these days to sign your stuff on Saturday and Sunday as well. Because he isn't Carrie Fisher, his autographs and photo opportunities are a bit cheaper at $60 and $80 respectively.

Kevin Smith will be hosting An Evening With Kevin Smith on Saturday. What that entails is not exactly clear, but I doubt it will include an explanation as to why Yoga Hosers was so terrible (with 20% on Rotten Tomatoes).

Other notable guests include Alex Kingston (Doctor Who), Christopher Lloyd (Back to the Future), Jewel Staite (Firefly) and more. Saturday and Sunday seem to be the days to have run-ins with celebrities, so if that's what you are going for, don't waste your money on a Friday ticket.

If you were hoping to see Gillian Anderson (The X-Files), Jason Priestley (some show called Beverly Hills, 90210), Karen Gillian (Doctor Who) or Caity Lotz (DC's Legends of Tomorrow), then you are out of luck. All four have cancelled.

If celebrities are the only thing you're going for, then you are really missing the point of Fan Expo. The true enjoyment is in the dressing up in cosplay with other fans, and attending workshops and panels while blowing loads of money on expensive merchandise.The exhibitor and retail areas are perfect if you are looking to spend most of this month's rent money on comic books and action figures. The really unique parts of the expo have to be the Artist Alley and Small Press/Indy Pavilion. These are fantastic opportunities to meet face-to-face with artists of all calibre — from established illustrators and writers, to fringe internet comic-artists, this is the perfect place to meet with the creativity and talent that make events like Fan Expo possible. Look for The Ubyssey's own Julian Yu, whose artistic abilities will be familiar to many through his contributions to the comic strip Life on Campus.

The Fictionals, an improv group, are putting on their hilarious Improv Against Humanity: Fan Expo Edition 2016 show on Saturday at 5:30 p.m. If you like improv, Cards Against Humanity or both, this is definitely worth your while. Their act has been a staple at the Rio Theatre for ages and it is fantastic.There is also the after party to check out. It takes place on Saturday at 9 p.m. in CLUB FIVESIXTY. Tickets are $15 and limited to 400. Door prizes and mysterious surprise appearances are alluded to, but not guaranteed.

There is plenty more to take in at this year's Fan Expo Vancouver — from fantastic costumes to sketch duels and workshops. Even on a tight budget, there are plenty of things to enjoy that require nothing more than the price of admission.