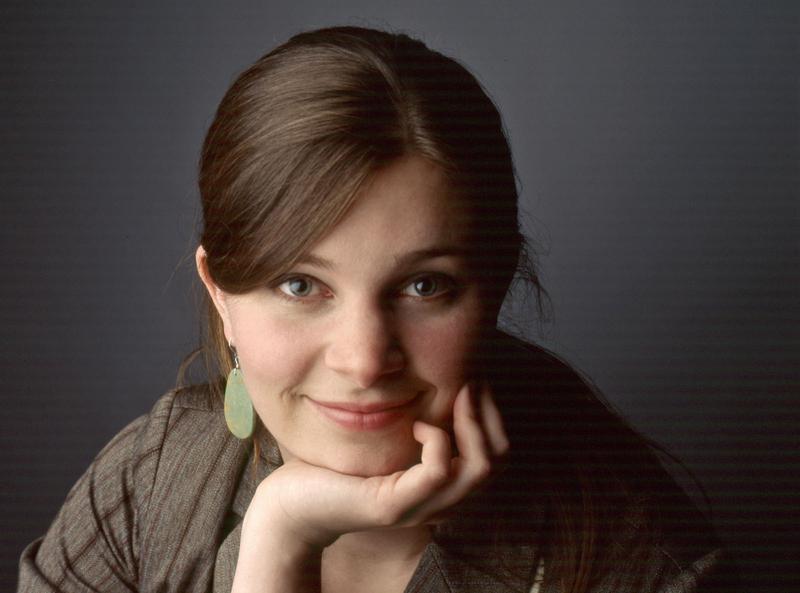 Allan is using her dancing experience to influence her conducting.

Symphony orchestra concerts are unique in that they are one of the few musical performances lacking an accompanying dance – no flailing lead singers nor leaping ballerinas.

Throughout the show one person remains standing, treading in a sea of string, brass, woodwind and percussion. This individual moves in time with the composition, but her dance is different. It hasn’t been choreographed in order to flow in tandem with the music. It is the music. On November 22 at the Orpheum Theatre, that new moon will be Kathleen Allan.

The upcoming show is not her first at the Orpheum. In fact, her first performance after starting her undergraduate degree at UBC was at this very venue. But this will be her first time conducting an orchestra at the Orpheum and Allan is bursting with anticipation.

“These young players are so passionate about what they’re doing," she said. "I can feel that. It’s so satisfying as a conductor to stand on the podium and feel that the 80 people in the room are invested in the same thing. It’s quite magical actually ... they are young and they’re pursuing their instruments with a real passion and quite a lot of talent. It’s a very exciting energy to work with.”

The performance features three of Tchaikovsky’s best known works. The first piece, Nutcracker Suite, is from the infamous Nutcracker Ballet — a favourite of the upcoming holiday season. The second piece, Piano Concerto No. 1, features soloist Amanda Chan who is the recently appointed head of the VAM piano faculty. She is described by Allan as “really riveting and … quite impressive."

"It has very beautiful and soft moments, but also really bombastic and exciting parts. So that might be one of the most exciting parts of the program for me," said Allan. "Working with a soloist of that calibre and to introduce these young players to a repertoire like this is really exciting.”

The final piece, Symphony No. 5 in E minor, will be performed in the second half of the performance. “[It] is just a journey unto itself,” said Allan. “It starts very ominously and mysteriously. By the end, the same melody that has been occurring throughout the symphony comes back and is transformed into a triumphant and victorious feat.”

Tchaikovsky’s compositions are pervasive in ballet, but the distillation of the music in symphony performance reveals the potency of Tchaikovsky’s works as their own entities.

“The music is just universally awesome. It’s some really powerful stuff just on its own merit.... The thing about it is that it’s timeless," Allan said. "These Tchaikovsky works that we’re doing have lasted and they have always been hits. There’s a reason for that and it’s because the music has such integrity and complexity that you can listen to it a hundred times and still get something new out of it. I think that it’s very relevant to our culture today.”

Allan's job is to bring all of that to life. Part of that means incorporating her own connections with Tchaikovsky. Growing up, Allan was heavily involved in ballet dancing until a hip injury ultimately steered her towards other forms of musical expression. But Allan's continued love of dance has allowed her to relate with the pieces in the upcoming program.

“I definitely feel that it’s a reconnection with [the dancing] world. Even though we’re performing just the orchestral suite without dancers, it’s music that I grew up knowing as part of my involvement in dance," she said. "I was talking to the orchestra the other day about the way that the phrases flow together and I said, ‘If you delay here, if you hesitate, you have to remember that. If a dancer’s in the air, they can’t wait for you, right? They’ve got to land!’"

As a conductor, Allan has to incorporate that into the interpretation of the music as she imagines that somebody is relying on the orchestra to support their gracefulness.

"But conductors make no sound and that’s the challenge,” she said. “We have to shape the music. As a conductor, I have to impart my musical decisions and my interpretation of a work without actually making any sound myself.”

Although Allan no longer dances ballet, she will nonetheless be seen moving at 2 p.m. at the Orpheum November 22. Keep an eye out — she will be the one steering the VAMSO with her baton and her very own soundless conductor dance.