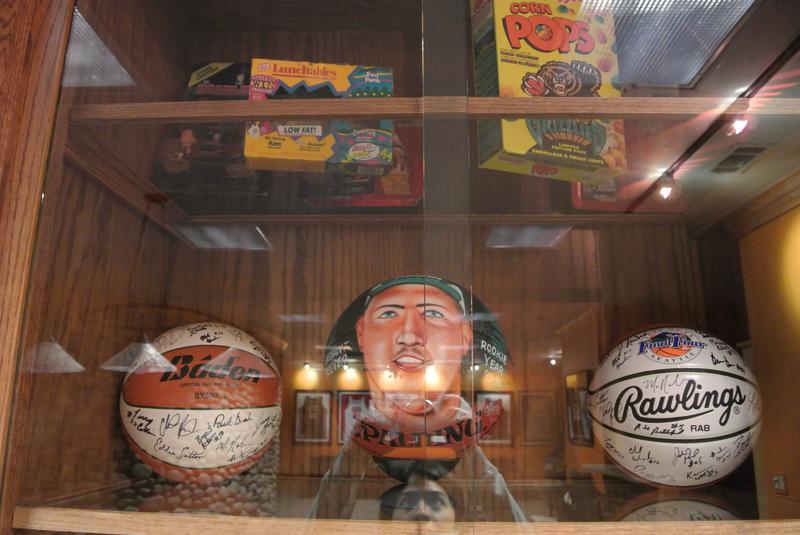 Local filmmaker Kat Jayme made up her mind to track down her reclusive childhood icon. Courtesy Vancouver International Film Festival

As the star player for the Vancouver Grizzlies NBA team, Reeves played from 1995 to 2001, taking an early retirement due to back injuries and weight-control problems. From that point on, he kept a low-profile with nobody really knowing of his whereabouts.

Local filmmaker Kat Jayme decided to track down her reclusive childhood icon, and through her documentary Finding Big Country she chronicles her journey and discoveries along the way.

“There is no real physical reminisce of the Grizzlies in Vancouver and the film sets out to change that,” she explained.

Finding Big Country opened at the 2018 Vancouver International Film Festival to a full house. A mother in the audience was overheard saying, “I bought my kids here because they are athletes and felt it was imperative to introduce them to the Vancouver Grizzlies!”

Jayme finds it heartbreaking that a whole new generation of athletes are coming up without really knowing anything about the team. “The Grizzlies are part of the sports history in B.C., and hopefully this film will bring the team back into the conversation,” she said.

An alumna of the UBC film production program, Jayme shared how the program opened multiple doors for her, taught her about the filmmaking industry and provided her with mentors. She also described the process of getting the film off the ground, with cold calling people and having to sell her idea in five seconds as a part of the challenging process.

“As cheesy as it sounds, lead with your heart, and hopefully the universe sees that you are taking a big risk and helps you,” she said.

The film juxtaposes the story of Reeves with Jayme’s own narrative as a basketball player. In retrospect, she said that she’s glad she could not pursue basketball, as her true purpose was filmmaking and making Vancouverites fall in love with Bryant Reeves once again.